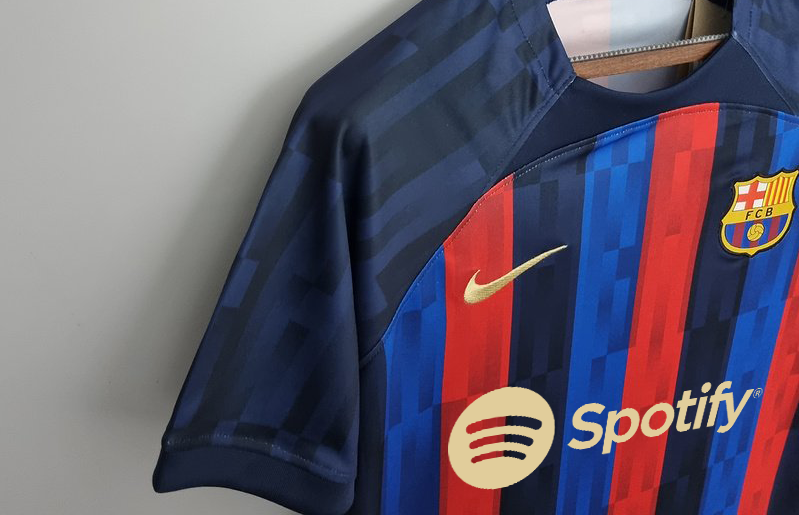 Barcelona announced its sponsorship deal with Spotify last week, with the audio streaming giants set to become the club’s principal sponsor next season.

Spotify had confirmed that their names will appear on the front of both men’s and women’s kits for the next four seasons. Spotify could also feature on the Barca training kits, while Camp Nou will be renamed “Spotify Camp Nou” from next season.

While there has been some form of controversy surrounding the latter, Barcelona fans have been yearning to see the club’s kits for next season.

The colour combination blends in seamlessly, while the retro design further enhances the look of the new shirt set to be donned by Xavi’s troops from next season onwards.

With the home kit already taking the internet by storm, fans will be looking forward to the away kits, the cup kits and the training jersey, featuring their new sponsors Spotify, who plans to form a long-term relationship with the club going forward.