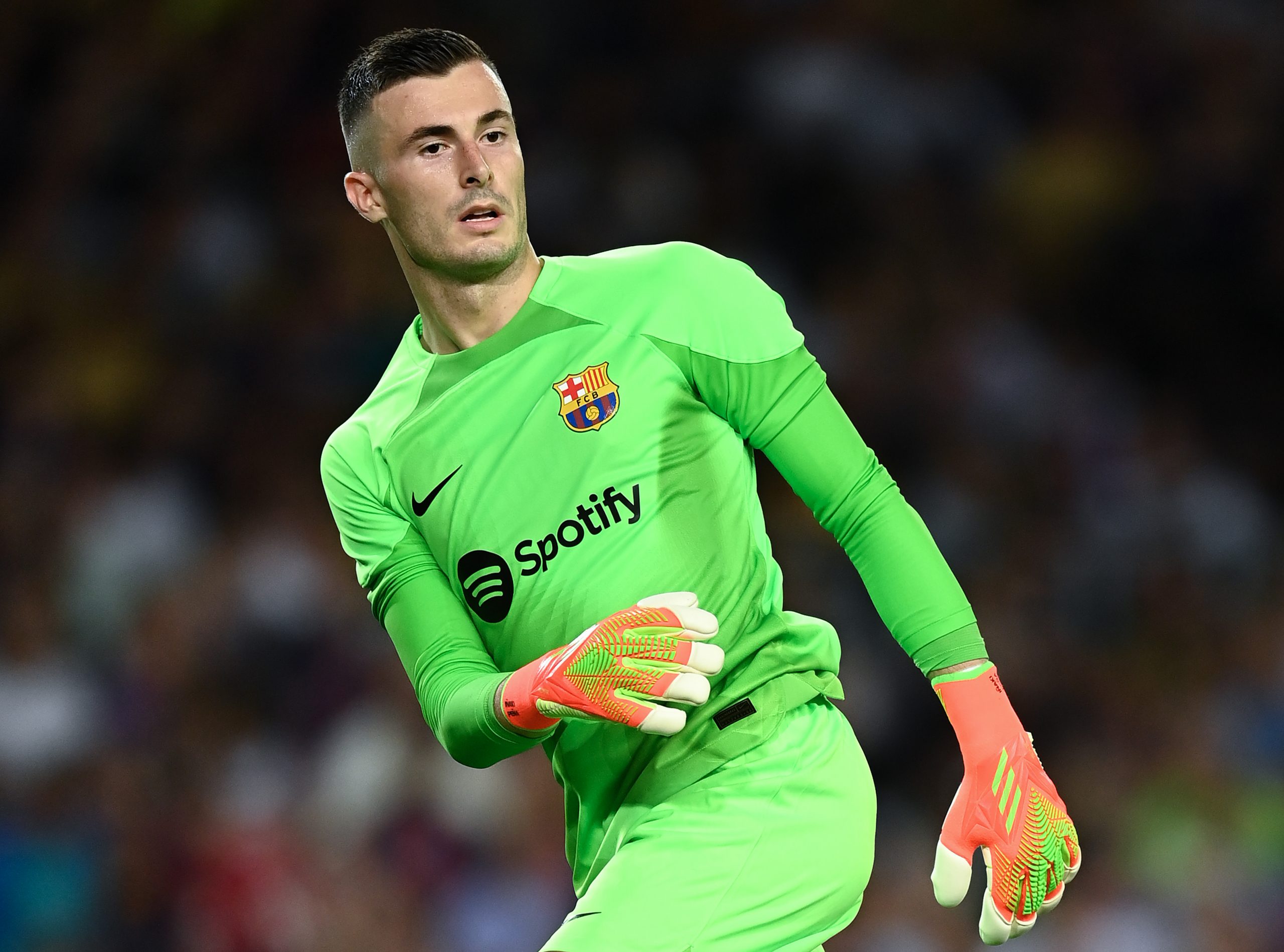 Barcelona have a number of stars with contracts expiring at the end of the ongoing campaign. While the likes of Sergi Roberto and Hector Bellerin are unlikely to be offered extensions, one player who the club are keen to retain is goalkeeper Inaki Pena.

The 23-year-old is currently serving as the second-choice stopper behind Marc-Andre ter Stegen. The German international’s top form this season has meant that the La Masia graduate has had little scope of breaking into the side.

Pena did make his first-team debut for Barça in the UEFA Champions League when he started in the dead rubber against Viktoria Plzen – a game that ended 4-2 in favour of the Catalan giants.

As iterated earlier, Pena’s contract with the Blaugrana expires in 2023. And, according to MARCA, Barcelona are keen to extend his stay at Spotify Camp Nou beyond the ongoing campaign.

To that end, the La Liga leaders have held talks with the goalkeeper’s camp over a renewal. However, the report states that the club have been unable to make any significant progress during the negotiations and Pena’s future continues to remain up in the air.

Pena spent the second half of the last season away on loan at Galatasaray and the Turkish giants are monitoring his situation closely as they harbour hopes of signing him permanently on a Bosman deal in the summer.

But the report indicates that Barcelona are committed to renewing Pena and the young goalkeeper is also keen on continuing at Camp Nou, even though regular playing time does not appear on the horizon at this point.

It is further claimed that the two parties are still not close to striking an agreement despite holding talks. But there is a sense of harmony between both camps is positive and nothing is ruled out at this stage.

Along with Pena, Barcelona’s third goalkeeper Arnau Tenas also sees his contract expire in 2023. However, it is expected that the club will trigger a one-year unilateral extension option in his deal.