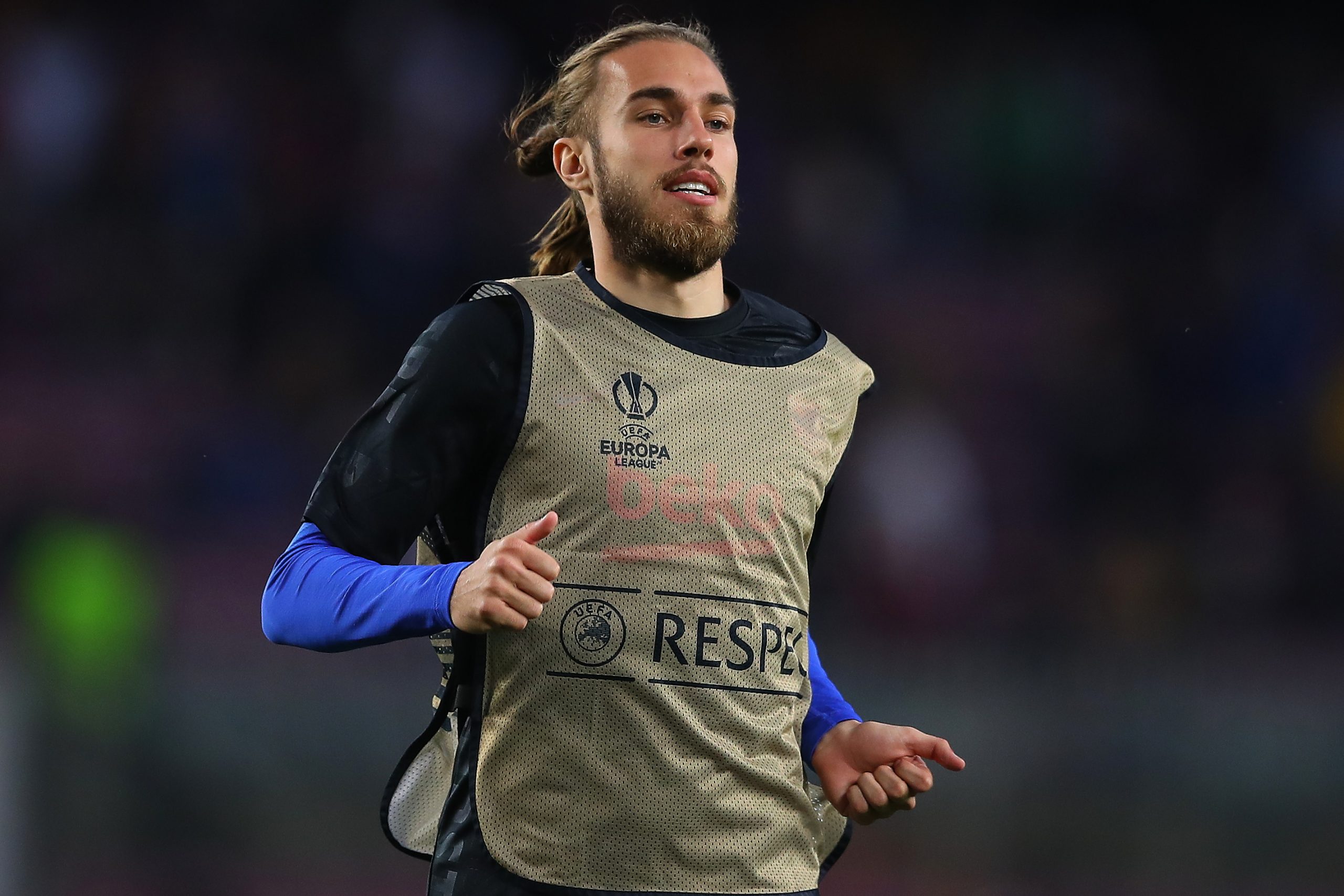 Barcelona have four more matches left to play in the 2021/22 season, with the first one of them coming up against Real Betis this weekend.

Heading into the game, the Blaugrana have received a double boost with regard to their roster as Martin Braithwaite and Oscar Mingueza have recovered from coronavirus and are back in group training, reports Gerard Romero.

Both Braithwaite and Mingueza were on the bench for the defeat against Rayo Vallecano in the last week of April. But the pair missed the 2-1 win over RCD Mallorca this past weekend due to Covid. However, they have now recovered and could be in contention for the Real Betis clash.

Braithwaite has had an injury-riddled campaign, missing out on a good chunk of the season. Having returned to fitness earlier this year, the Dane has hardly seen any regular game-time due to the intense competition for places in the attacking department.

Indeed, the former Middlesbrough attacker has made five appearances all season long, with only two of those coming under Xavi Hernandez. He has scored two goals and assisted one more in his handful of appearances.

While he might not be a regular, it is certainly a boost for the manager to have an added option on the bench at a time when fatigue is starting to show in some players and injuries are having an effect on the squad.

As for Mingueza, he too has not featured all that regularly this season, making 24 appearances with 11 of those coming during Xavi’s tenure (606 minutes).

But considering that Sergino Dest and Gerard Pique are out injured and may not play again this term, his return is a welcome one as it adds more depth in the defensive department.

Barcelona take on Real Betis this Saturday away from home, following which they face Celta Vigo (home) and Getafe (away) before ending their season versus Villarreal at Camp Nou.