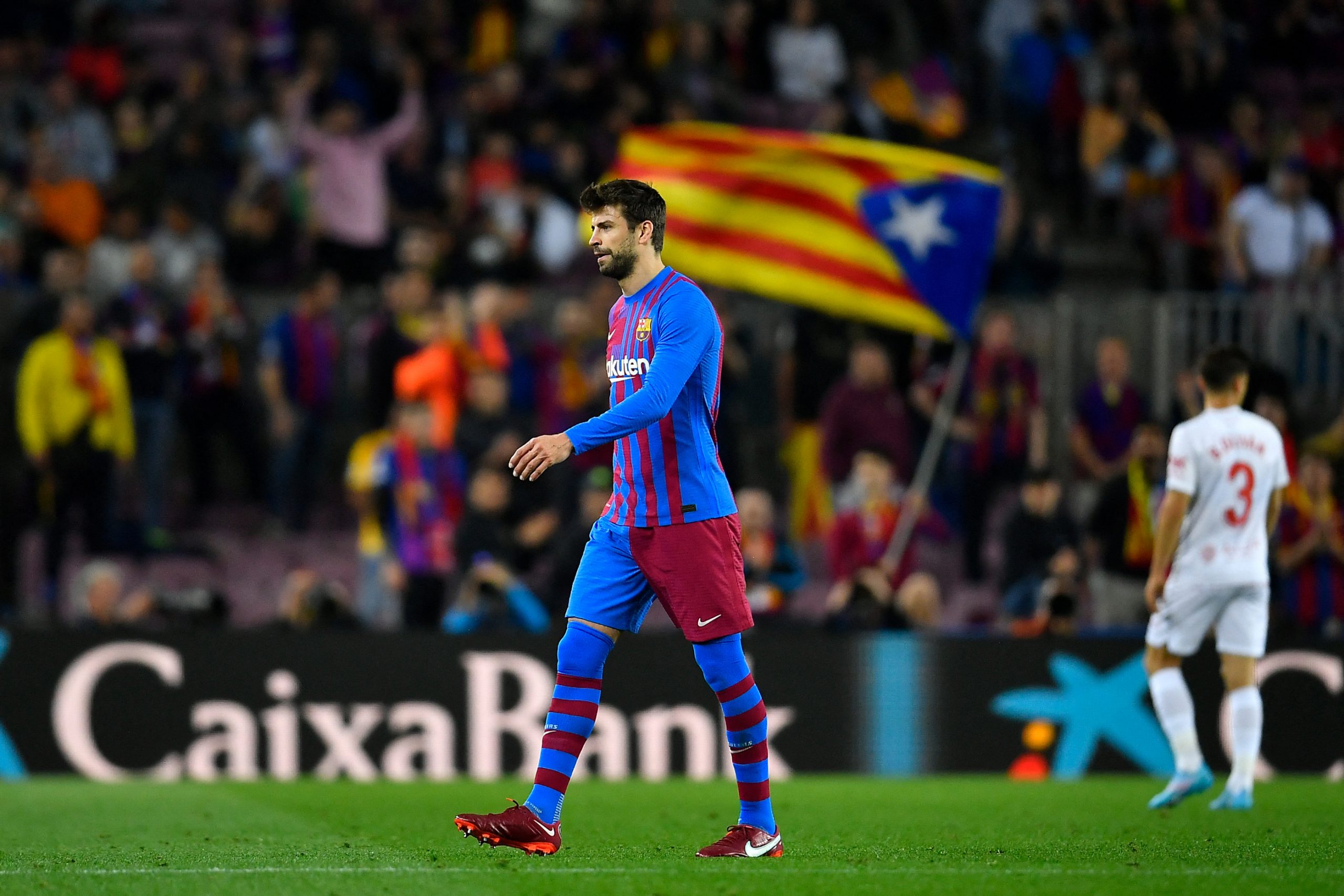 In a fresh injury blow for Barcelona, senior defender Gerard Pique could be ruled out of the upcoming game against and possibly for the remainder of the season, reports Diario AS journalist Javi Miguel.

Pique has been struggling with a left-adductor injury for a while now. The defender had been feeling discomfort from March but seemed to have recovered following the international break.

However, that was not to be as the 35-year-old missed three games in April due to the injury, against Levante, Eintracht Frankfurt and Cadiz – two of which the Catalan giants lost.

Pique returned to action against Real Sociedad but seemed to have exacerbated the adductor injury and was taken off late in the game. He was then an unused substitute against Rayo Vallecano as Barça ended up losing.

The veteran defender, despite still not being 100% fit, returned to the field against Mallorca over the weekend, but lasted less than 30 minutes on the pitch.

Javi Miguel is now reporting that Pique underwent tests earlier on Tuesday morning and the results do not look good. It is claimed that his injury has gotten worse and will need at least one more week of recovery.

It effectively rules the senior statesman out of the weekend clash against Real Betis, as well as the game versus Celta Vigo next Tuesday.

The report further adds that if there is no considerable improvement in Pique’s condition in the coming days, he may very well have played his last game of the season against Mallorca.

Pique has been vital for Xavi Hernandez’s side, with his leadership and defensive nous. Having him unavailable for the final few fixtures of the season when the team is pushing to finish second in La Liga comes as a blow.

While the veteran star looks certain to miss the games against Real Betis and Celta, Xavi & co. will hope to have him back for the final two matches versus Getafe and Villarreal.

The Blaugrana have already suffered several injury blows with Pedri, Nico Gonzalez and Sergino Dest all ruled out for the rest of this term. Sergi Roberto has also faced a setback in his recovery and it remains to be seen if he becomes available for any of the remaining matches.