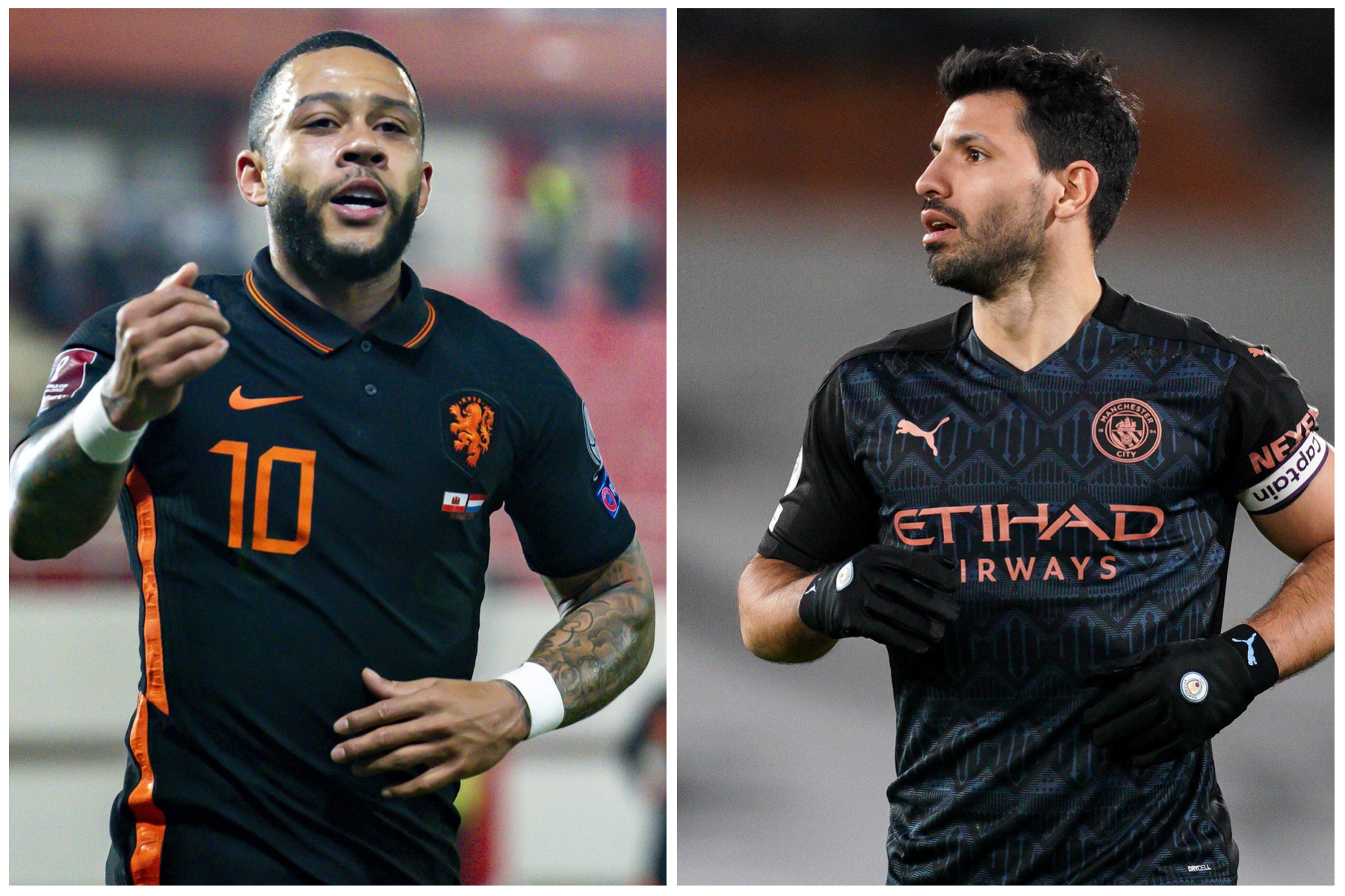 With the summer transfer window on the horizon, Barcelona will aim to end their long ongoing search for a number 9. Several strikers have been linked to the Catalans over the last year or so and while some have recently entered the list, others have been vying to sign after failed moves last time out.

Erling Haaland from Dortmund has been one of the hottest properties in world football for some time now and ever since Joan Laporta took the mantle, the Norwegian has been heavily linked with the Blaugrana. While Culés would love to have the biggest talents at Camp Nou, a transfer for Haaland is hard to achieve given the dire financial situation of the club.

Keeping that in mind, two players that have been on Barcelona’s radar for quite some time and whose transfers are relatively much easier to execute are Memphis Depay at Lyon and Sergio Aguero at Manchester City.

Both Depay and Aguero are in the last few months of their contract and have stalled any possible extensions at their respective clubs and with Aguero’s departure being recently confirmed by City, it’s time for Barça to weigh their options and approach their selected target.

Read: The centre-forward dilemma at Barcelona: Depay, Haaland, Martinez, Aguero, or no one?

While coach Ronald Koeman has long been the advocate for Depay having successfully utilized the forward in his time at the Netherlands National team, Aguero is a player who any team in the world would love to have. Furthermore, the Argentine’s relationship with Messi could also be key in Barcelona’s bid to retain the 6 time Ballon d’Or winner at Camp Nou.

Having said that, we at Barça Universal asked the fans to choose among the forwards and the poll came out to be tantalizingly close with the Aguero just edging his Dutch counterpart by some votes (roughly 55% of the votes were in favour of the Argentine).

Although it will be interesting to see who Barcelona finally ends up going with, the hope is that after long last, the Catalans can have a competent forward leading their line.