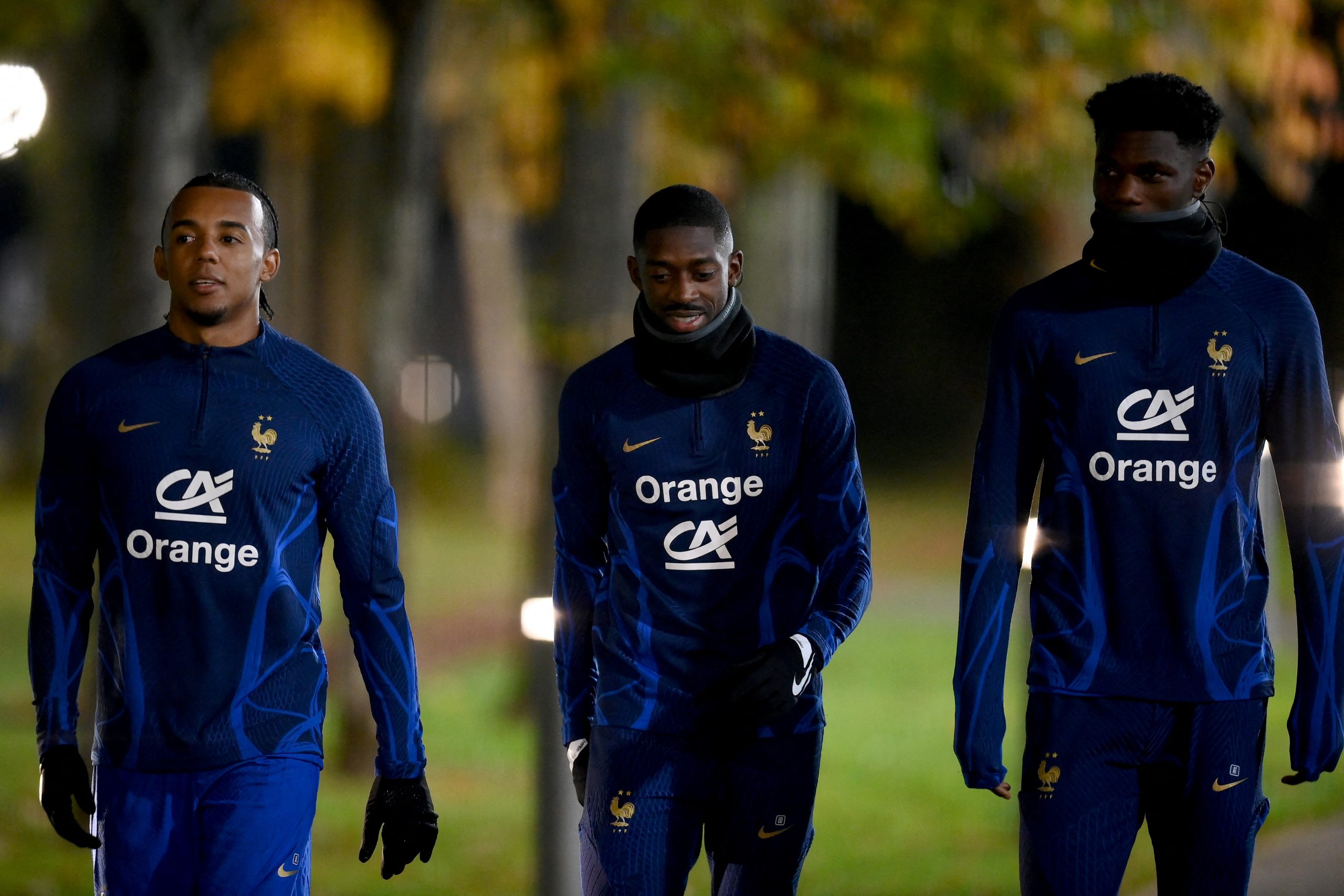 Having booked a place in the knockout stages of the FIFA World Cup 2022, champions France will take on Tunisia in their final Group D encounter later today.

And according to a report from Telefoot (h/t Barça Times), manager Didier Deschamps is likely to bench Barcelona duo Ousmane Dembele and Jules Kounde for the contest against Tunisia.

Dembele has started in both of France’s group matches so far against Australia and Denmark. While he did not exactly set the stage on fire, the 25-year-old winger did create a good number of chances for his forwards across the two matches.

Dembele has done enough to nail down a spot in Deschamps’ first-choice XI and it makes sense for the France boss to rest him against Tunisia in order to keep him fresh for the Round of 16.

As for Kounde, the defender had only featured as a late substitute against Australia. But, the 23-year-old replaced Benjamin Pavard in the lineup against Denmark, slotting in at right-back ahead of the Bayern Munich ace.

The Barcelona summer arrival made a solid impression on his full World Cup debut with him and Dembele performing well on the right-side channel. And like the winger, Kounde too is in line to be benched against Tunisia later today.

With a spot in the knockouts secured, it is a smart move by Deschamps to take out some of his frontline starters from the lineup and give an opportunity to the players on the bench.

It ensures rest for his regulars and guarantees that the backup players have some minutes under their belt if they are needed at the later stages of the competition.