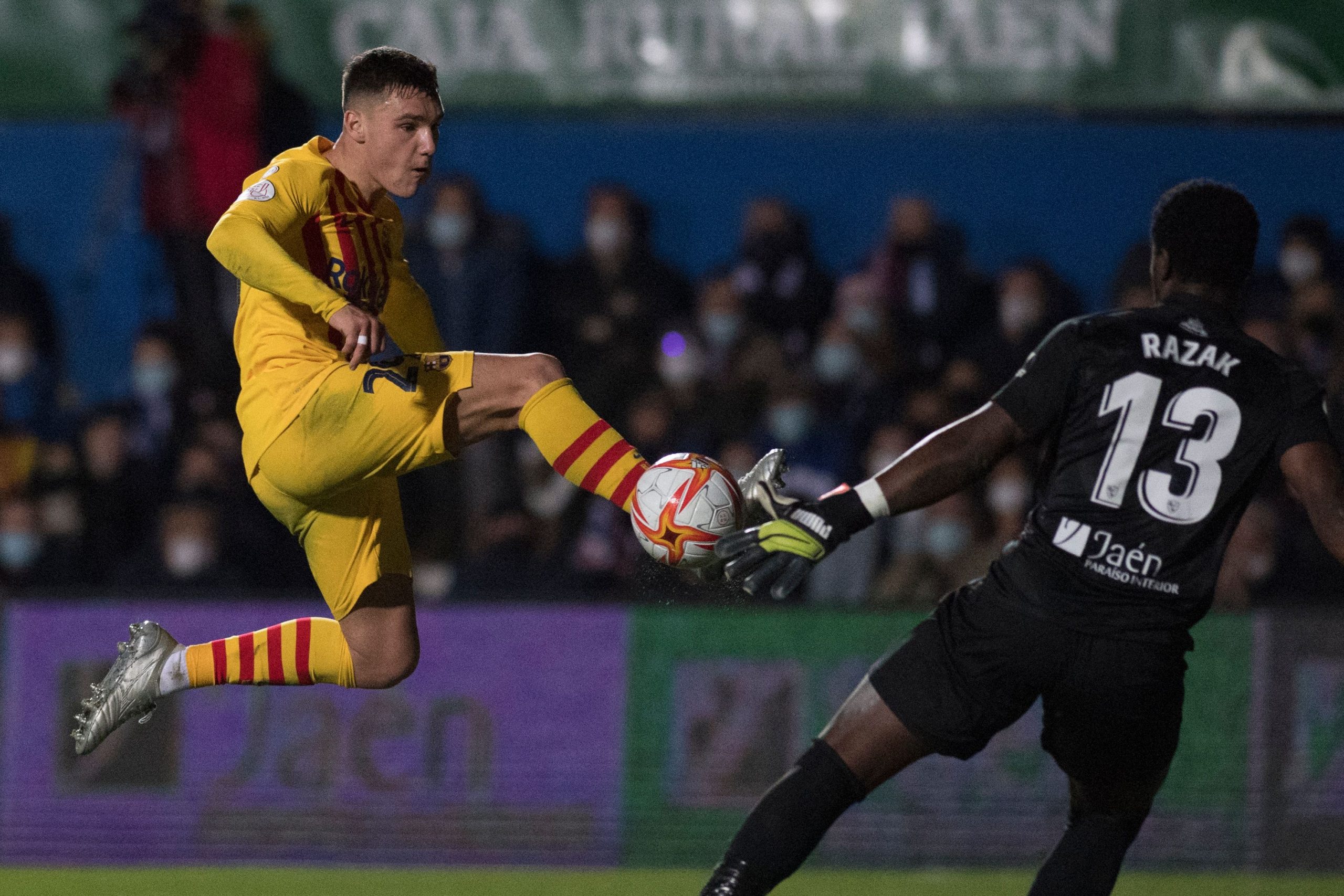 Barcelona saw a lot of youngsters break into the first team in the ongoing campaign due to several injury problems that they had to deal with.

Apart from the La Masia duo, two other young prospects got an extended run in the first-team setup in Ez Abde and Ferran Jutgla. The two Barcelona B forwards were called up to the senior squad in the early parts of Xavi’s tenure and made a decent impression when given a chance.

Abde, who had joined from Hercules only last summer, made 12 appearances for the Barça first team, scoring one goal. The 20-year-old has been impressive for the B team, racking up a goal and seven assists in 17 games.

Meanwhile, Jutgla, who arrived from Espanyol last year as well, featured nine times for the senior team, bagging a couple of goals. The 23-year-old has been tearing it up with the B team, chalking up a tally of 18 goals and five assists in 29 matches.

Both players looked good when given a chance with the first team, but the arrivals of Pierre-Emerick Aubameyang, Adama Traore and Ferran Torres in January meant that they were sent back to the B team.

And, with Ansu Fati also now returning from injury, Ousmane Dembele’s contract situation looking like resolving itself, it could get difficult for Abde and Jutgla to get a look-in into the senior setup next term.

So, an exit could be on the cards for the pair, with the reliable Gerard Romero claiming that both Abde and Jutgla have offers from other clubs ahead of the summer transfer window.

Abde has emerged as a target for Italian giants AS Roma, while there are several clubs from La Liga who are keen on the 20-year-old forward. Jutgla, too, will be no short of admirers either, given his exploits for the B team this season.

Abde’s contract with Barça runs until the summer of 2024, with an option of an additional year. Jutgla, meanwhile, sees his current deal expire at the end of the season although the club have the option of extending it by another 12 months.

It will be interesting to see if Barcelona entertain offers for the young forwards or decide to bump them up to the first team next season.