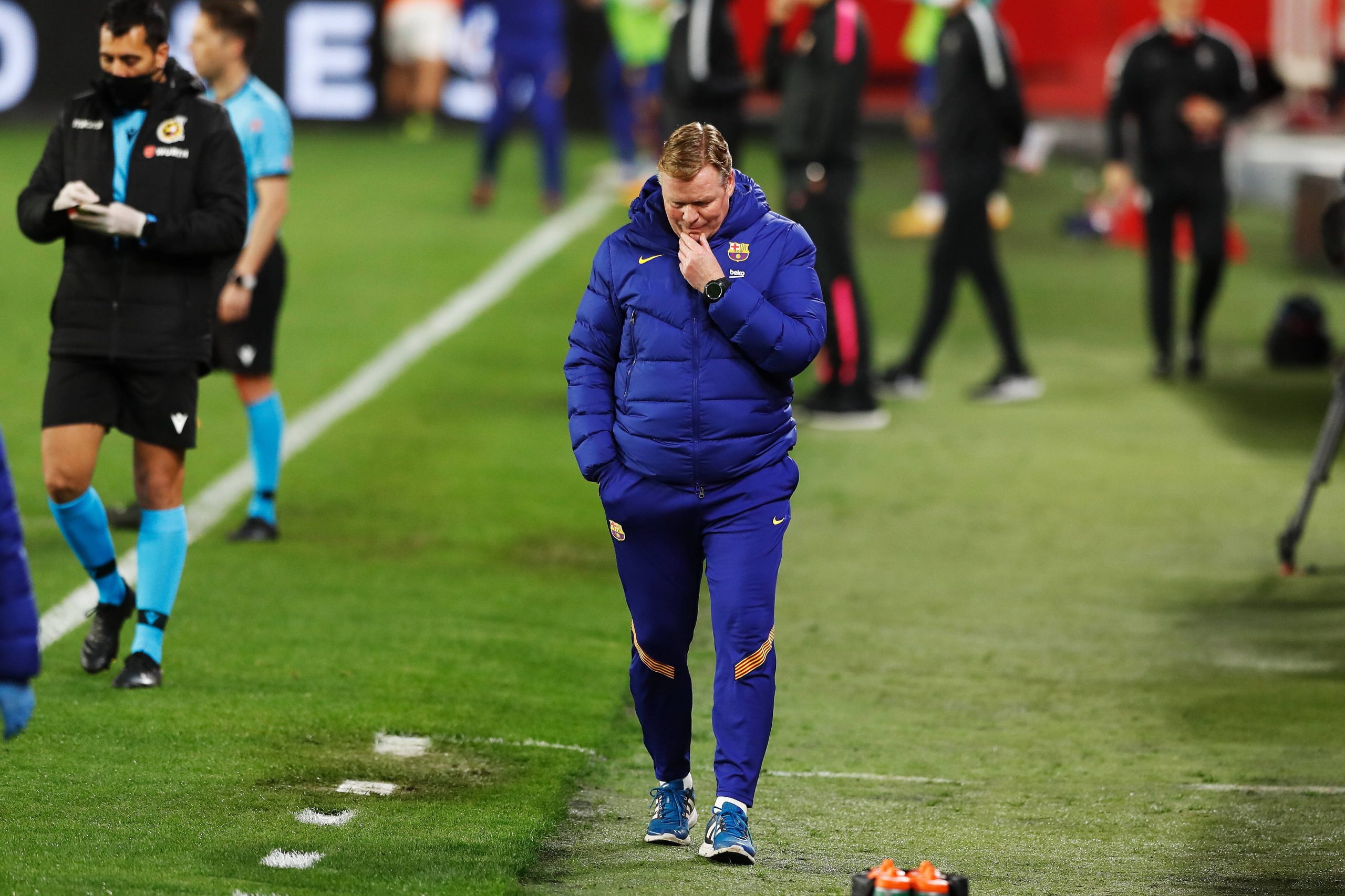 As we move towards the end of the season, Ronald Koeman has slowly but steadily managed to win over the Barcelona faithful. When the Dutchman first arrived in Catalonia and inherited a largely divided squad, one of his biggest challenges was to reunite the team and get them by his side and it seems that he has achieved that.

As per the latest reports by Sport, the Barcelona dressing room has unanimously asked the newly elected president, Joan Laporta for the continuity of the Dutch manager. Several key figures have apparently backed Koeman with some of them even publicly appreciating his methods.

One of those is Jordi Alba who has been particularly impressed by Koeman’s direct approach when it comes to players. In his interview with Sport, Alba said, “I have always had the support of the coach, he is a legend of the club, a coach who always goes face to face with all the players, and that is the most important thing for me.”

The left-back added that his feelings are echoed by most of his teammates. He asserted, “Koeman’s work has been very good and the players are responding well to everything he asks of us. It is not my decision, but it is clear that he is doing a great job for the club and all of us.”

Apart from the players, Koeman has also been appreciated by higher management. The former interim president of Barcelona and the current president of the management committee, Carles Tusquets, spoke to Cadena SER and expressed his confidence in the Dutch manager: “I hope Koeman continues. He was the first one to tell me ‘pay me when you can’. He is a brave man and he loves the club.”

Koeman’s tendency to take the whole squad with him has been admired by the dressing room as well. Examples like Umtiti, who after terrible displays were given second chances, have made sure that no player feels left out. A great atmosphere around the squad has meant that the results have taken an upward turn and with the Catalans now on currently the longest unbeaten streak in domestic football, it’s hard to imagine a Barcelona dugout without the Dutch manager for the next season.