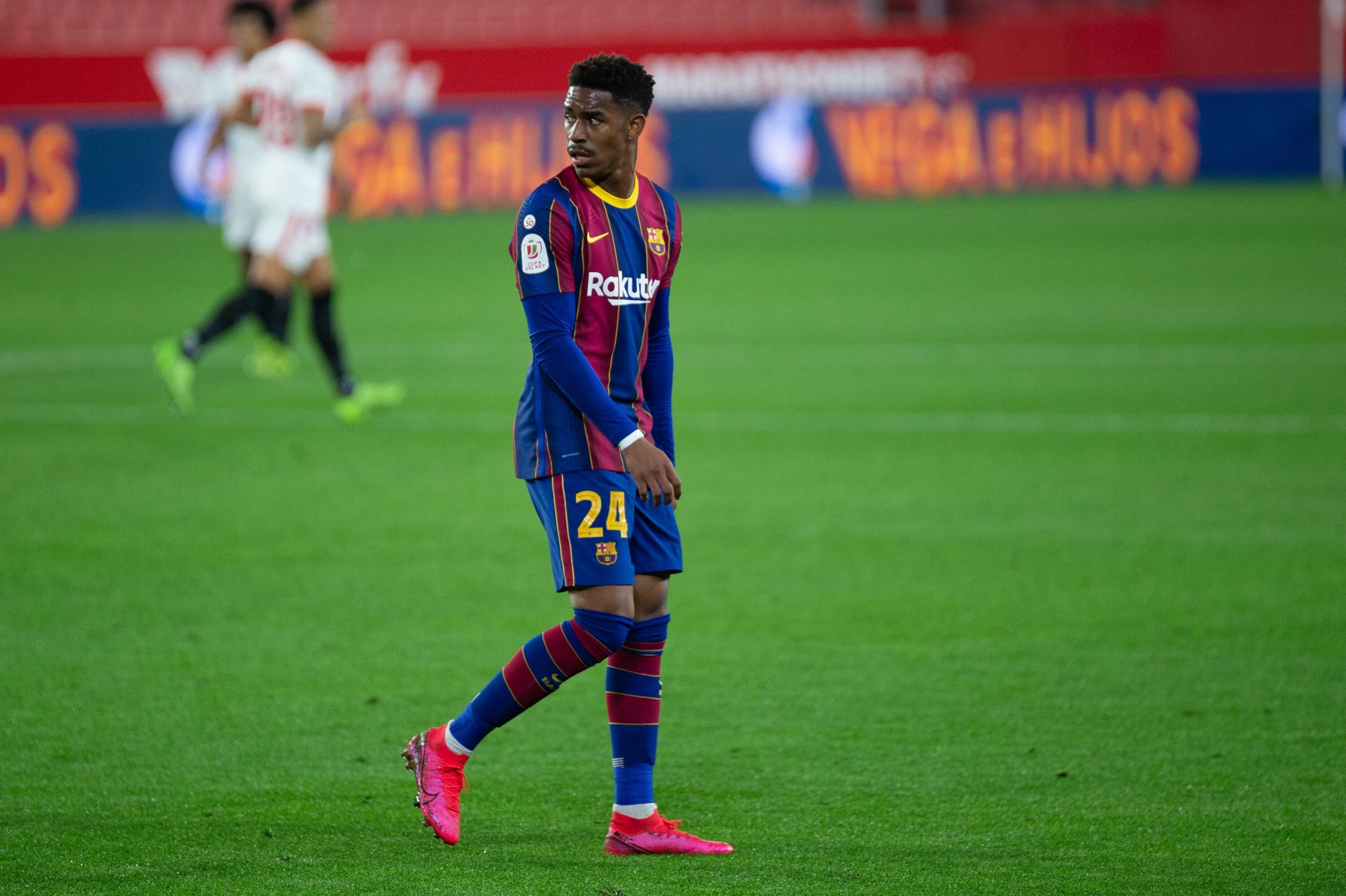 Barcelona defender Junior Firpo could soon be on his way to France, as Ligue One outfit Olympique Marseille have expressed a keen desire to sign the left-back, report Mundo Deportivo. Since Firpo arrived at Barcelona, he has largely failed to impress and lately has been constantly linked to an exit.

Despite Jordi Alba’s occasional stuttering form and his advanced age, Firpo has been unable to make any sort of real push to challenge for a role in the starting XI. As a consequence, he is one of the many players rumoured to depart as Barcelona prepare for a ‘revolution’ in the coming summer window.

Former Argentina and current Marseille coach Jorge Sampaoli has reportedly set his sights on Barcelona’s Spanish-Dominican to reinforce his defense. Sampaoli is familiar with Firpo’s style of play from his time in Seville and would like to bet on the youngster to bolster the left-back position for his French outfit.

The report also highlights that Junior Firpo is on the radar of many other clubs, most of them from the Italian Serie A, including AC Milan, Inter Milan, Roma and Napoli. He was also linked with a loan move to the latter back in January.

From the Premier League, it is believed that West Ham are now keen on signing the 24-year old. It is worth noting that a couple of months ago, he was also linked to Arsenal as part of a potential swap deal, but those rumours have since fizzled.

Firpo has certainly not performed at a level that is expected of him at a club like Barcelona, and his involvement in the squad has dwindled steadily. Last season he made 23 appearances while this season he has made only 17 with one game left in the season. All signs point toward an exit, but with no specific destination too clear as of yet.