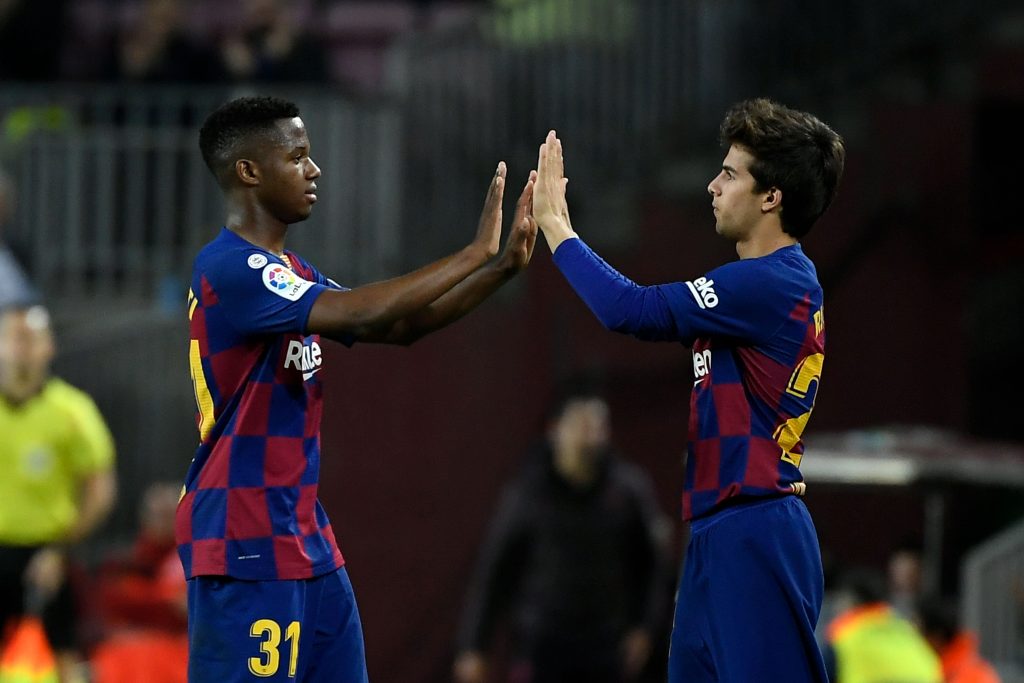 Quique Setién has told in the post-match press conference in which he praised La Masia players Ansu Fati and Riqui Puig.

“The substitutions of Ansu and Riqui gave us more dynamism. I’m quite happy with the second half. Both of them are increasing the chances of having more minutes. Sometimes there are doubts about the contribution of these lads in important games but the truth is that they’re doing really very well.”, said the coach.

Riqui Puig responded: “I’m very happy that I’ve gained the confidence of the coach. It was a match in strange conditions; you could hear the firecrackers… It was a good result and I can’t complain.”

Setién added that he wants his team to win every game from now on, and is satisfied by the progress.

“In the first half we were not very precise with the ball. What we have to do now is win everything until the end of the season. We are very happy. The progress is there, but there are always things to improve.”

The coach also commented on Piqué’s discomfort in the final minutes of the game:

“I don’t know exactly what he had, I don’t think it’s anything serious.”