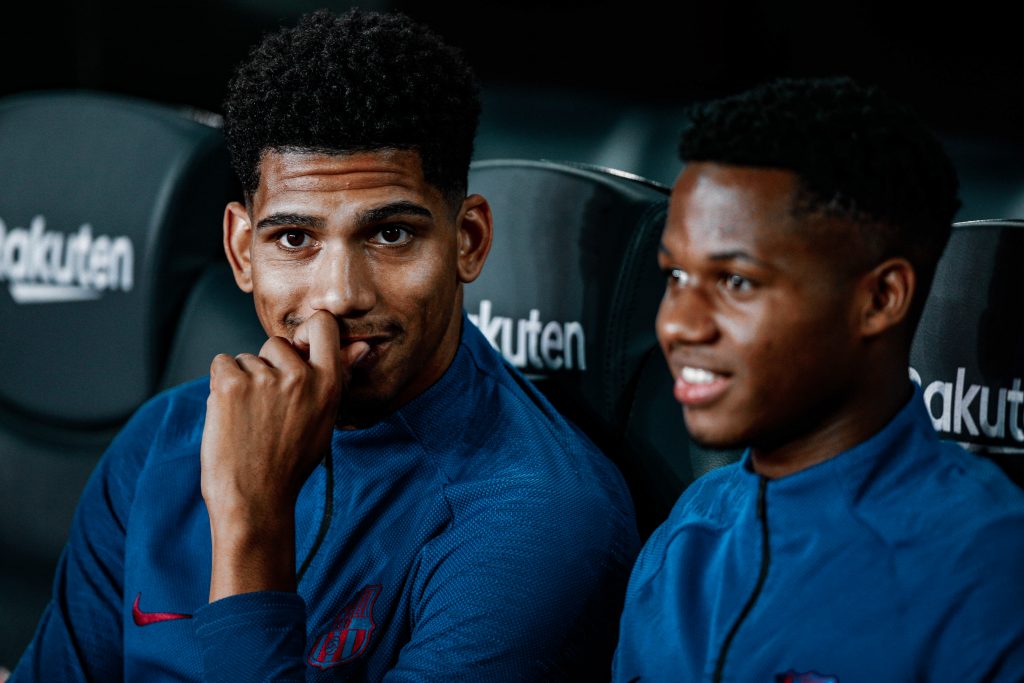 Since the return of La Liga, Barcelona have won both their games comfortably. Quique Setién has already started rotations, and this has seen La Masía players getting minutes. Primarily Ansu Fati, Riqui Puig and Ronald Araújo, who have all impressed.

Barcelona have returned from the break in good form. Before the season was paused, Barça were fatigued and tired, but now the players look well rested and sharp. Overall the team has performed well in both games. With the long time away from football, Quique Setién seems to be rotating the squad well.

He has put his faith in younger players too, such as Ansu Fati, Riqui Puig and Ronald Araújo. All three have shown that the manager’s faith is correct and they should be challenging for a place in the first team. With rotations likely to continue, culés will hopefully see them grow as players and earn a more prominent role in the team.

17-year-old Ansu Fati continues to excite fans when given the opportunity. He shows a high level of maturity and humility along with an abundance of talent. His goal against Leganés showed that he has a strong character. When Barcelona were struggling to create chances, Ansu stepped up. Many players far more experienced than Ansu Fati could be criticised for hiding in games for Barcelona, but not the left winger.

He was only on for around 54 minutes, but was effective going forward and looked sharp after the long break. What really makes Fati stand out, and often other La Masía players, is their eagerness to impress. Ansu is always looking to improve and give his all for the team. He has already scored some important goals for the Catalan side in his limited playing time.

Quique Setién will have to manage the young Ansu Fati carefully. Although fans will be desperate to see him play a lot, it is important not to burn him out. It is crucial to manage such a young talent carefully, as such a meteoric rise can be a lot for younger players to handle. He should however try and give Ansu a consistent run in the team to reward his great performances. Furthermore, though links with Manchester United for a £150 million transfer may not be true, it shows how highly rated Ansu is. Barcelona have a potential generational talent and it is no surprise it comes from La Masía. There are many great talents in the academy and they just need that chance to prove it.

Seeing Riqui Puig play for the first team is every Barça fan’s wish. Culés are being tormented with his slow transition from the B team into the Spanish champion’s side. In his rare and sparse appearances, Riqui has given an often lacklustre midfield a sign of life. He wants to play the game at a pace above what the team is currently doing.

Against Leganés he was exactly what Barcelona were needing. They faced a team using a low block and the midfield of Iván Rakitić, Arthur Melo and Sergio Busquets were simply moving the ball too slowly to break down this defence. Puig is everything that the midfield has been missing in recent seasons. He was everywhere on the pitch and was not afraid of getting into attacking positions. He looked to move the ball quickly and was intelligent in his positioning and awareness.

❛ Riqui was great today. He came on and gave us an energy boost. He did very well in 20 minutes and proved his quality ❜

Setién should seriously be considering giving Riqui more minutes as he is ready to take that step. Consistent game time is the only way footballers can properly grow and improve. Though the central midfielder is smaller in stature, he is incredibly quick over short distances and has a great change of pace. Puig is able to retain the ball well and is also strong at both dribbling and passing.

He is the only midfielder, along with Vidal, that is more of an attacking threat and makes these runs from midfield. It is clear that he should be considered more to bring balance to the midfield so it is not too defence minded. Riqui really needs game time and, with plenty of rotations to come, now would be the best time to start playing him more regularly.

Central defender Ronald Araújo had a flawless game against Mallorca on Saturday night. Araújo partnered Gerard Piqué at the heart of the defence and put in an outstanding performance. The Uruguayan was dominant at the back, but also showed great positional awareness and that he is comfortable playing the ball out from the back. He handled a difficult Takefusa Kubo well when he needed to, who is a tricky player and has good dribbling.

❛ The young players Ansu, Riqui and Araújo are all very different players, but they are very talented and bring us quality ❜

Ronald has all the makings of the perfect centre back for Barcelona. He was composed and confident in everything he did. Though tougher test will await him, he was outstanding against Mallorca and there is a lot of potential there.

Just like Ansu Fati and Puig, Araújo needs game time if he is going to progress. With Samuel Umtiti struggling, as he seems to have lost his consistency at the moment, the 21-year-old could be pushing to be higher in the pecking order. Piqué will need to be rested at some point and, with Araújo the only other right-footed centre-back, he should be given the opportunity. La Masía products have to be used and trusted again, especially with the club in a financially weak position and with a squad in desperate need of rejuvenation.

• Ánimo Unzué. The former keeper and coach announces he has ALS