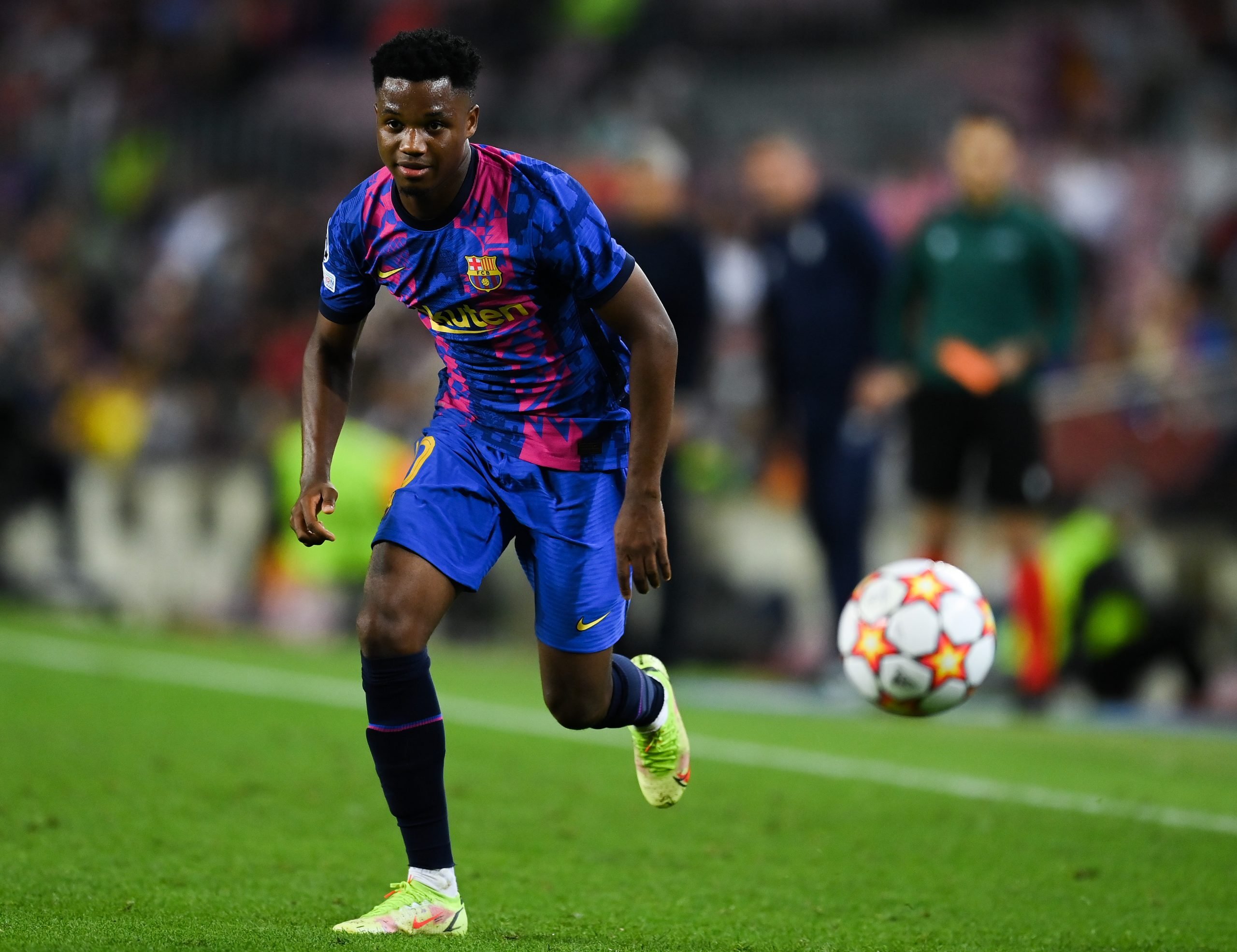 After weeks of talks and speculations, Barcelona finally announced the contract extension of teenage sensation Ansu Fati on Wednesday night. The 18-year-old has penned a new deal that will run till the summer of 2027 and contains a massive release clause worth €1billion.

Earlier on Thursday, Ansu Fati spoke to the press at the Auditori 1899, where the contract extension was formalised. The Spanish winger opened up on his decision to pen a new deal saying: “My first option was always to stay at Barça. I am very happy that the club has faith in me. I want to be a winner here.”

Now, COPE’s Helena Condis is reporting that Ansu, whose previous deal was set to expire at the end of the season, had multiple offers from three major clubs in Europe, which could have seen him pocket more than what he will earn at Barcelona.

Indeed, the likes of Manchester United, Liverpool and Paris Saint-Germain all made attempts to lure the 18-year-old Spanish international away from Camp Nou. They even offered him contracts that would have seen the forward earn more than double the wages that he will now make at Barcelona.

Approaches were made to his entourage through intermediaries in order to tempt Ansu Fati. This prompted Barca to act faster and speed up the process of renewing his contract. And the youngster, rejecting the bigger pay packet on offer elsewhere, opted to commit his long-term future to the Blaugrana.

Fati was handed the revered No.10 shirt by Barcelona this summer following the exit of Lionel Messi, in what was a huge show of faith in the 18-year-old’s abilities and potential.

“I was very happy when the captains offered me the chance to wear number ten. I was willing to do it, but I don’t feel any additional pressure. I know it will be impossible to achieve what Leo Messi achieved but I am ready to give my very best,” he said during the press conference.

The new long-term contract and the huge release clause are further indicators of Barcelona seeing him as the man to lead the team to success in the years to come.