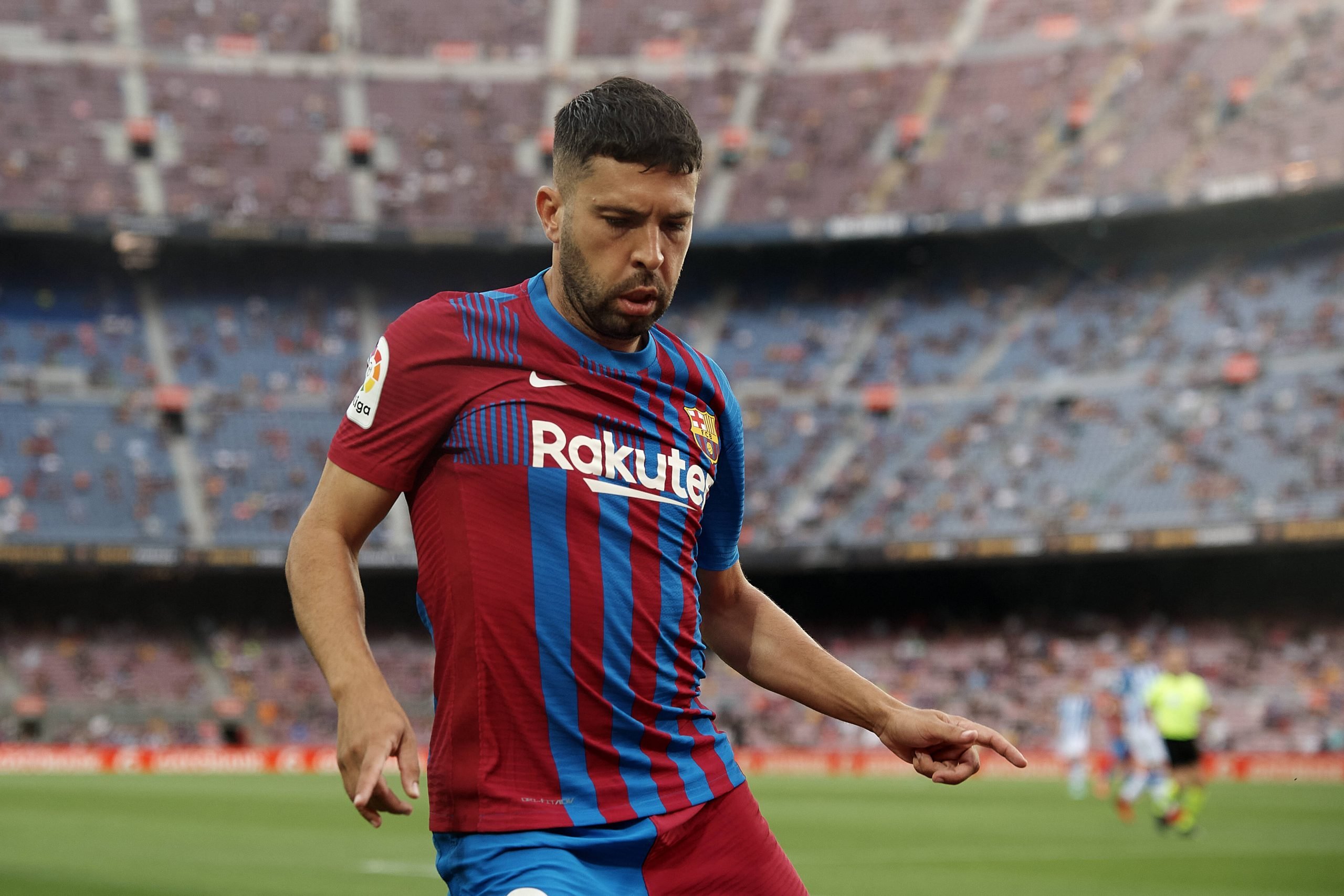 Despite all the turmoil off the pitch, Barcelona kicked off the 2021/22 season on a strong note as they defeated Real Sociedad 4-2 on Sunday night in their first La Liga clash.

Memphis Depay was one of the protagonists of the victory, putting up a fine attacking display on his La Liga debut, capping off with an assist. In a way, it was poetic that the Dutchman assisted Gerard Pique for the opening goal, as it was the defender’s decision to take a substantial pay cut that allowed Barcelona to register Depay and the other new signings.

Following Pique’s decision to do so, a lot of fingers were pointed at the other senior players, the other captains – Sergio Busquets, Jordi Alba, and Sergi Roberto, questioning their motivation and loyalty to the club for not having done what Pique had.

Nonetheless, it soon emerged that all the three were, indeed, agreeing to pay cuts as well. And following the game against Real Sociedad, Alba, who was, perhaps, criticised the most over the matter, spoke to Barca TV and expressed disappointment over the treatment he received.

“Nobody in the club told me about a wage reduction until 3 weeks ago. My predisposition has always been to help the club, and nobody has to doubt me in this regard. It would be good if you asked the president. What hurts me are the lies. Many things are said that are not pleasant, neither for me nor for my family,” he said.

“Leo, apart from being the best in history, was the player who understood me the best…imagine how hard I would have worked to keep him at the club.”

Sergi Roberto, who was also on the scoresheet against Sociedad, spoke about his decision to sign a new contract with reduced terms, as he understood the club’s financial position.

“We (the other captains) will catch up with Piqué for the wage cuts. Right now, the club was busy with Messi, but the talks will continue.”

“We have been hurt by everything that has been said. For one reason or another it hasn’t been finalized, but we’ll do it. Our stance has always been to help the club. The 4 captains love the club a lot,” he added.