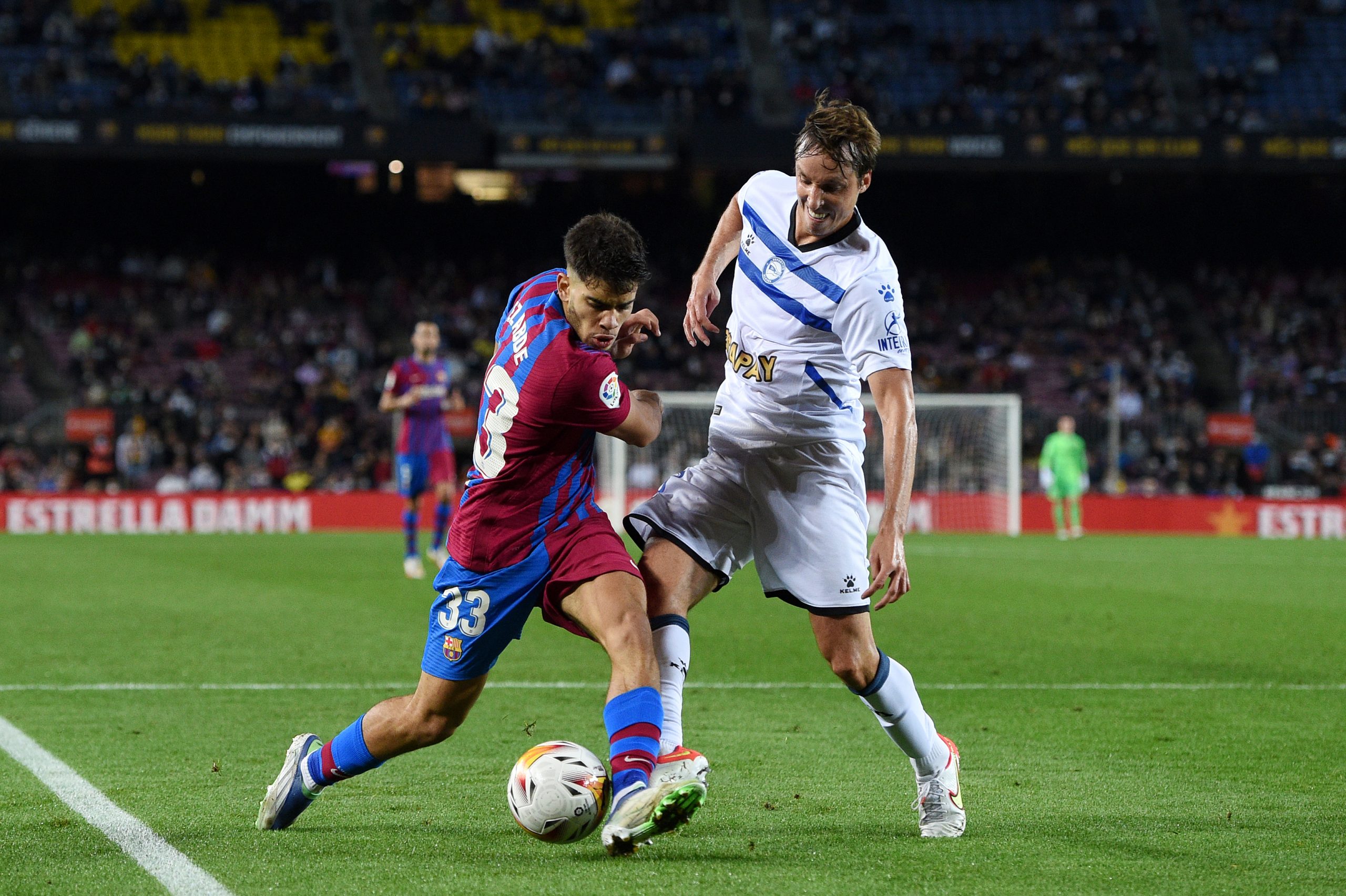 Saturday night was not particularly memorable for Barcelona fans, as they saw their team being held to a 1-1 draw at home by Deportivo Alaves in La Liga.

However, it was a special occasion for a certain Abde Ezzalzouli, as he got the chance to make his debut for the senior side. The Barcelona B winger had been called up to the first-team by interim manager Sergi Barjuan, along with midfielder Alvaro Sanz for the weekend’s fixture.

And while the latter remained an unused substitute, Abde got a chance to get on the pitch at Camp Nou as he played the final ten minutes of the game, after replacing Oscar Mingueza.

While he would have hoped to back it up with another game for the senior team, the 19-year-old Moroccan winger will not be a part of Barça’s UEFA Champions League clash against Dynamo Kyiv on Tuesday.

SPORT reports that Abde was unable to travel to Ukraine with the team as he is not registered on the official squad list of Barcelona. Furthermore, he is not automatically eligible to represent the senior side as part of the B list either as the winger has not been at the club for two years – the teenager only joined Barca this past summer from Hercules CF.

Unlike Abde, Sanz has travelled to Kyiv, as he has been registered today by Barcelona. In addition, the Catalans can also call upon B team defender Arnau Comas if needed, as he has been with the club for the minimum required period of two years.

Abde might have missed the trip to Ukraine, but the Blaugrana have been boosted by the return of four players from injury ahead of Tuesday’s clash. Ansu Fati, Ousmane Dembele, Ronald Araujo and Frenkie de Jong have all been named in the squad for Kyiv.