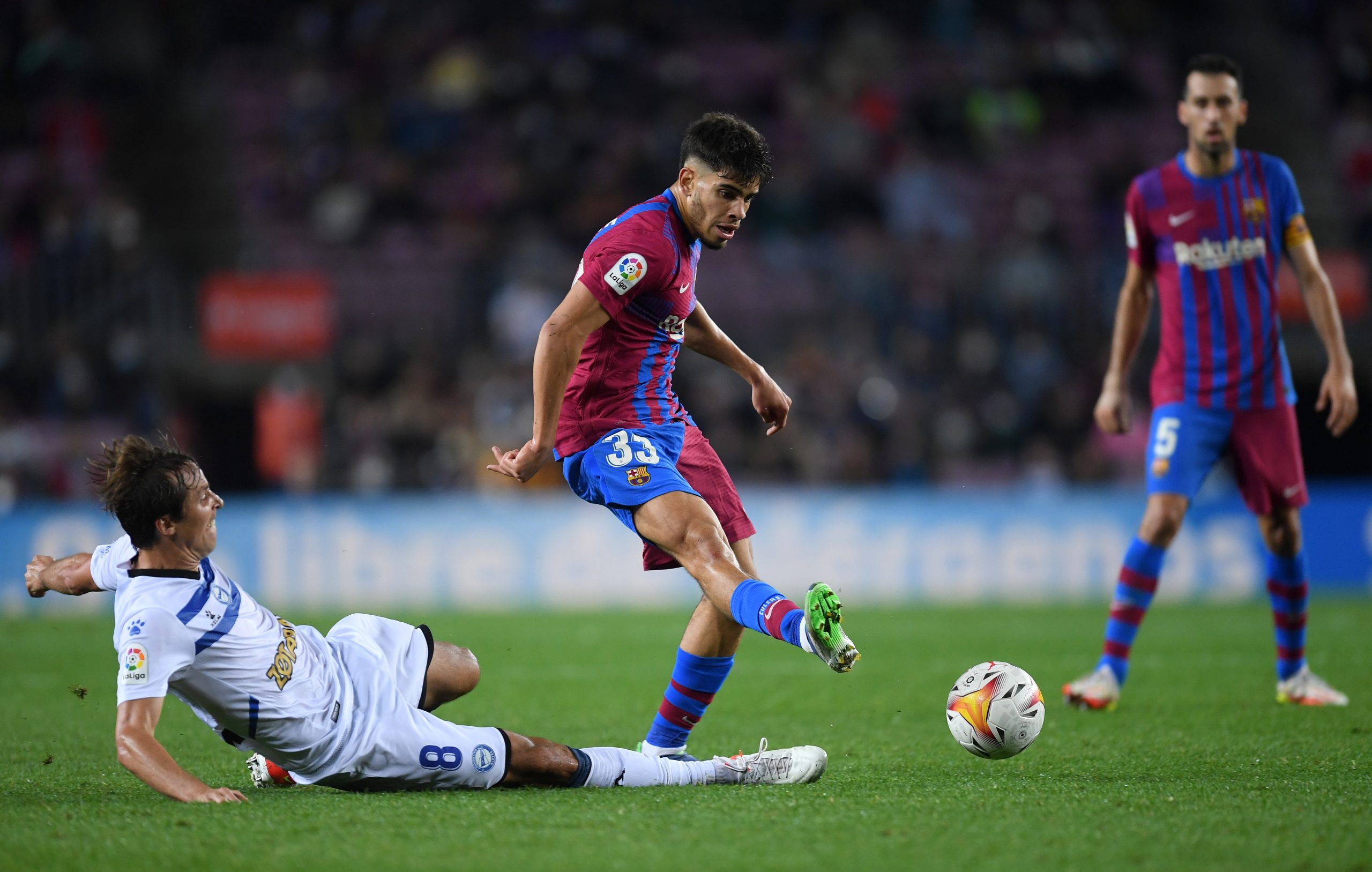 Sergi Barjuan’s debut as the Barcelona first-team manager was anything but memorable. Taking on a relegation-battling Deportivo Alaves, the Catalan giants ended up playing out a 1-1 draw at Camp Nou on Saturday night.

A second-half strike from Memphis Depay was cancelled out by Luis Rioja, leaving Barcelona without a win in La Liga in three games in a row. There were some positives from the contest for the Blaugrana as Gavi and Nico Gonzalez once again starred in midfield, while Depay’s open-play goal draught also came to an end.

Apart from that, the fans also got to witness a senior debut for Barca B starlet Abde Ezzalzouli. The 19-year-old winger was handed ten minutes on the pitch by Barjuan as he came on to replace Oscar Mingueza in the final stretch of the game with his team searching for the winner.

While Abde was unable to make a telling impact after the game, it was certainly noteworthy that he was preferred ahead of Yusuf Demir by the manager, with Mundo Deportivo claiming that the Barcelona B prospect could potentially have overtaken the Austrian in the order of preference.

Both Abde and Demir signed for Barca this past summer. The former arrived from Hercules while the latter came from Austrian giants Rapid Wien. The plan for Demir was to be a part of the B team, but his performances in the pre-season prompted Ronald Koeman to fast-track him into the first-team squad for the season.

The move, though, has not worked out all too well for Demir, who, after an initial spark, has faded quite a lot of late. Of his six appearances in all competitions, only one has come in October.

Abde, meanwhile, had started just one game for the Barcelona B team until being called up for the senior squad this week. However, Barjuan has spoken highly of the 19-year-old. Now that he handed the Moroccan his senior bow, there is every possibility that he could be preferred over Demir for as long as the 49-year-old stays in charge.