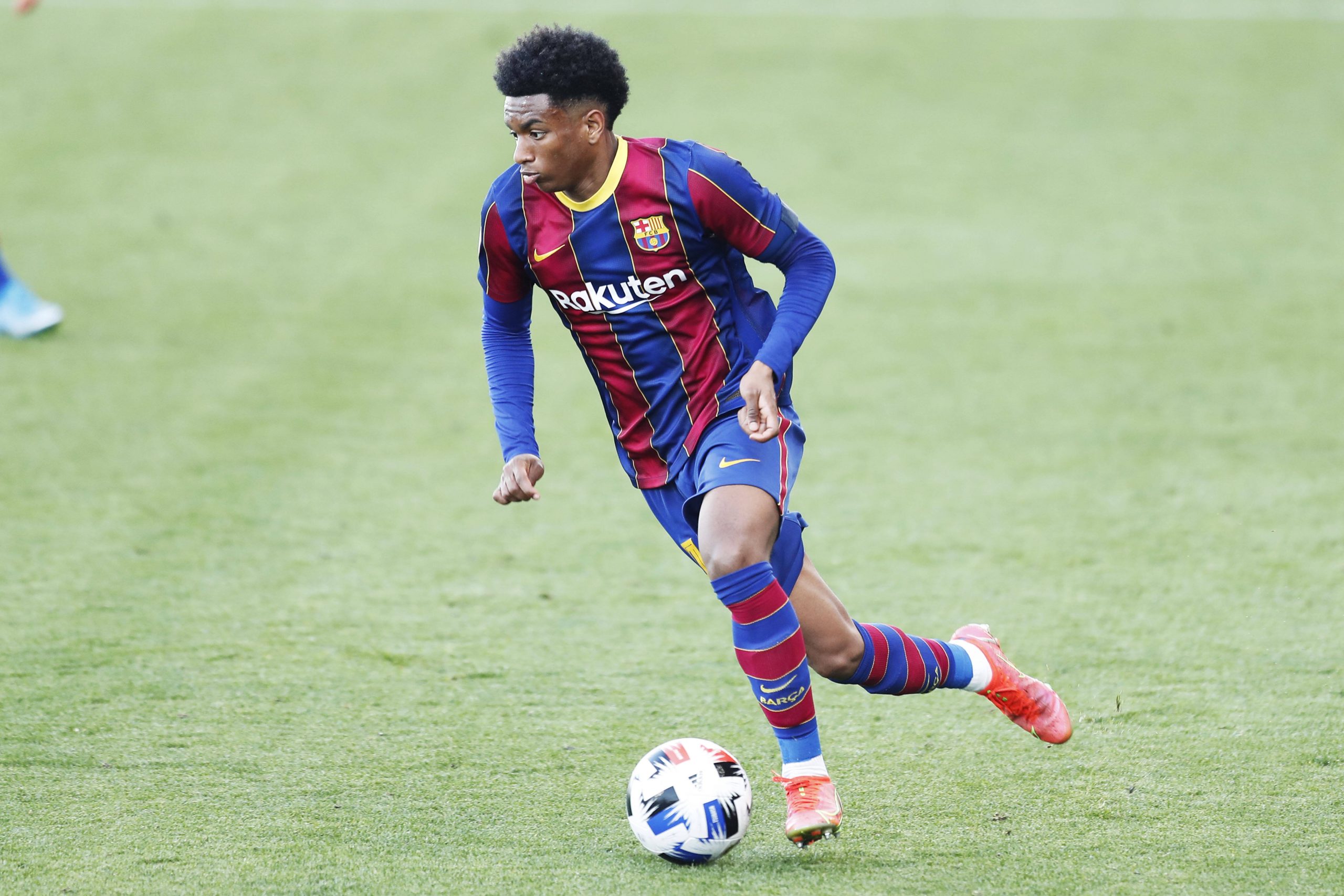 According to reports from MD, Barcelona B’s young talent Alejandro Balde has turned down offers from some top European sides to continue at Barcelona.

Despite having teams like AC Milan and Chelsea active in his pursuit, the 17-year-old has decided to continue at the side he calls home.

Over the last week, the future of the young left-back has been uncertain. Balde was originally supposed to train with the first team for the coming preseason. However, he was left out of the session and scheduled to train with the B team again after negotiations for his renewal did not go to plan.

On Monday, there were reports of negotiations picking up and an agreement within sight. As early as Tuesday, the teenager has been called up to the first team training session leading into the pre-season.

Heading into the 2021/22 season, the Catalans are understaffed in the left-back department. Junior Firpo’s transfer to Leeds United means that Jordi Alba has no direct backup.

With the right-back position witnessing tremendous competition between Sergi Roberto, Emerson Royal and Sergino Dest, they could provide some cover when the 32-year-old veteran left-back requires rest. Nevertheless, it would value the services of a La Masia trained direct replacement. That said, Balde could get his big break in the coming season.

With discussions finally moving in the right direction, Balde is expected to sign a new deal before the end of the month. MD also reports that Thursday could likely be the day the renewal is finalized.

The deal will be a long term contract that will see the left-back stay at the club for five seasons. However, it could also be a three year deal with an option to renew for an additional two years.