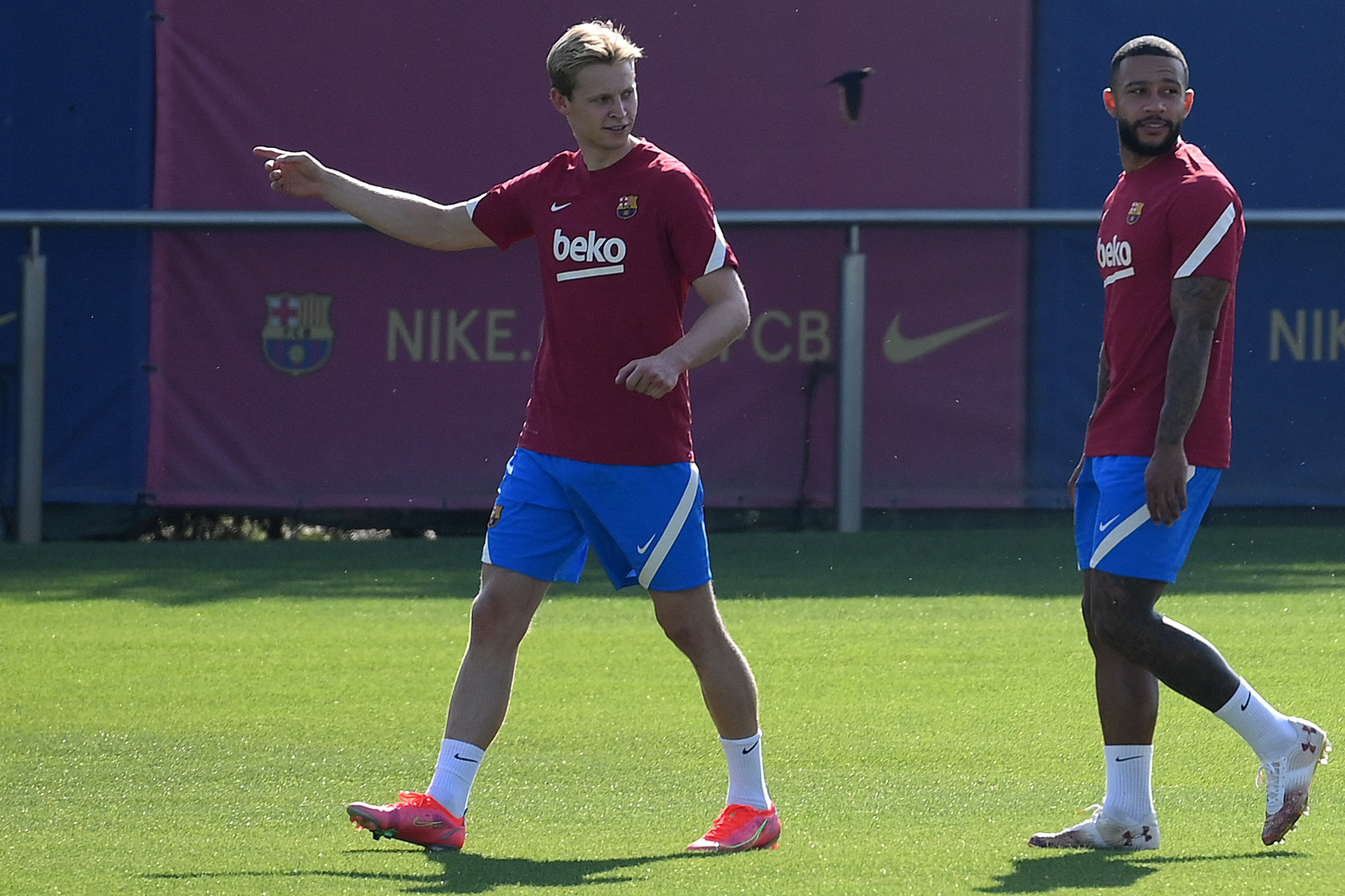 Barcelona are set to conclude their 2021/22 campaign when they lock horns with Villarreal at Camp Nou later this evening.

With the runner up spot all but secured, Barcelona have already started their preparation for the coming season, with Mundo Deportivo speculating several new arrivals in addition to the two free agents in Andreas Christensen and Franck Kessie.

Raphinha is among the players expected to arrive at Camp Nou, especially if Leeds United get relegated from the Premier League.

Barcelona are also prioritising a move for Robert Lewandowski, who is unhappy at Bayern Munich and wants to join the Catalan camp at the end of the season.

However, in an attempt to make way for new signings, Barcelona may have to offload some of the star players in the team. As such, the Catalans are ready to listen to offers for Memphis Depay and Frenkie de Jong.

De Jong has been no strange to speculations linking him away from Camp Nou in recent weeks, with the midfielder even holding talks with Manchester United manager Erik ten Hag over a potential reunion at Old Trafford.

The former Ajax starlet’s €80 million price tag could serve as an ideal avenue for Barcelona to generate a significant transfer revenue, which could go a long way in helping them land new targets.

Another Dutchman in contention for an exit is Memphis Depay, who has fallen out of favour under Xavi, following the January arrival of Pierre-Emerick Aubameyang, Ferran Torres and Adama Traore.

Although Depay has performed significantly better than Adama and Torres in recent weeks, Barcelona are likely to cash in, should they receive a reasonable offer, knowing the attacker’s contract expires at the end of next season.