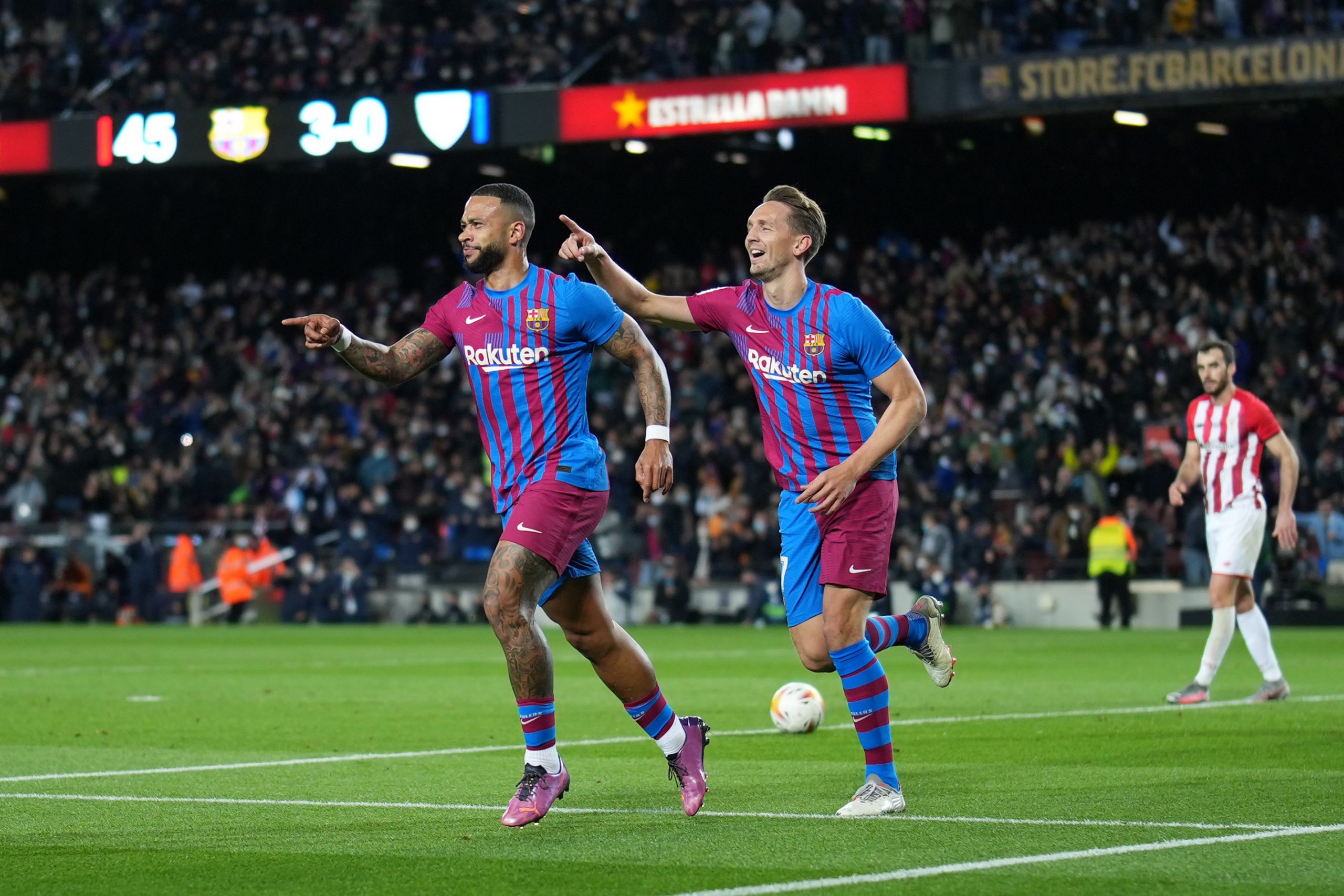 Barcelona have a full string of forwards at their disposal, meaning that the futures of Memphis Depay and Martin Braithwaite solely hinge on the fact that whether or not Barcelona will acquire a new forward in the summer; the chances of which are incredibly high.

The duo, having scored 12 goals and three assists between them in La Liga, are unlikely to replace any of the current first-team regulars and will more or less be the squad players even if they decide to stay put.

On the other hand, a certain Luuk de Jong’s tenure is most likely to conclude by the end of the season too. However, according to journalist Toni Juanmarti, even if Depay and Braithwaite leave, there’s a tiny chance that de Jong could continue beyond the current campaign.

The Netherlands international, who has scored some crucial goals for Barça this season, including two match-winning strikes against Levante and Mallorca, is on a season-long loan from Sevilla.

Despite the recent upsurge in form, any possibility of him continuing is next to impossible since it will be difficult for Barcelona to accommodate him if a new striker arrives.

As for Memphis, he has been presented with two opportunities. If he wishes to fight for a place in the Netherlands World Cup squad by starting every game, he can leave Camp Nou before his contract ends in 2023.

However, if he wants to still don the royal blue of Blaugrana, he must accept the fact that he will be a squad player who will only be called upon in the hour of need.

Meanwhile, for Braithwaite, it is certain that Xavi does not really count on the 30-year-old. Against Frankfurt in the first leg, the team missed Depay and de Jong through injuries, and Braithwaite still couldn’t get a chance to play.

This pretty much sums up what destiny holds for the Danish international. Like Depay, if he tends to represent his country in Qatar, a move away in the summer would be beneficial for everyone involved.