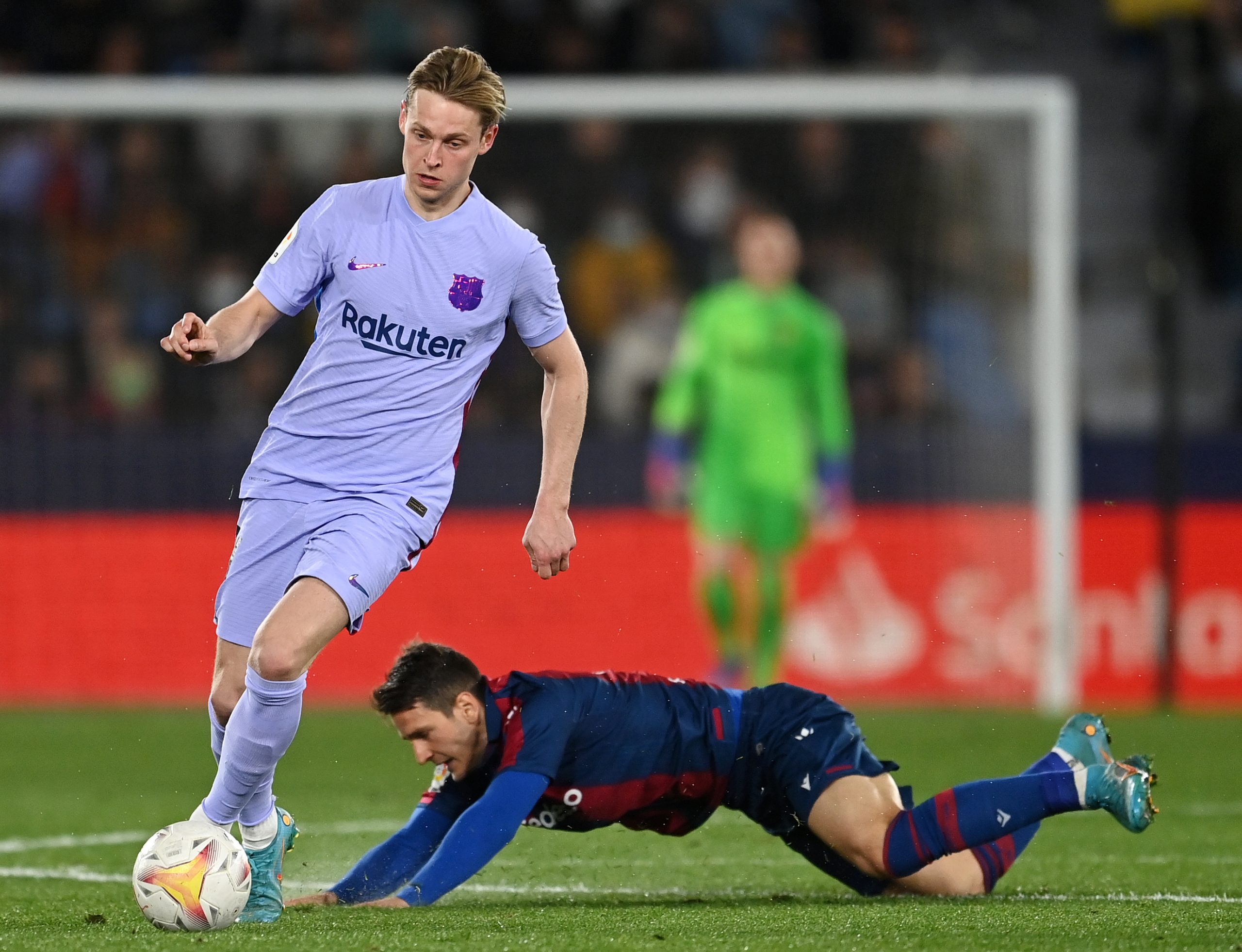 There has been a lot of chatter about the future of Barcelona midfielder Frenkie de Jong recently. The 24-year-old is set to complete his third season with the Catalan giants and has become a mainstay in the middle of the park, but doubts continue to linger over his future.

Reports about a potential exit started to pick up steam after the Dutchman reacted angrily to being taken off in a game recently. Since then, Xavi Hernandez has come out and explained that the midfielder remains a key part of his plans and even confirmed having talks with him.

However, the rumours do not stop. Now, a fresh report from Diario AS is claiming that Barcelona have decided to offload de Jong in the summer transfer window.

The report states that the Catalan giants’ financial difficulties mean that they need to make a big sale in the summer.

As a result, the Blaugrana were seriously contemplating the possibility of offloading 17-year-old midfield prodigy Gavi, for whom they had received offers worth €40 million.

But they decided to perform a U-turn and not go ahead with the sale of Gavi. Instead, they are working on extending the Spanish teenager’s contract and have made the decision to sell Frenkie de Jong instead.

The report states that Barça will want a sum of around €60-70 million for the former Ajax midfielder and already have a replacement lined up, in the form of Carlos Soler. It has even been claimed that an agreement with the Valencia mainstay is also in place.

As for de Jong, it remains to be seen if the Catalans actually go through with the sale. If they do make him available for a transfer in the summer, there is unlikely to be a shortage of suitors.

Manchester United have been linked heavily with the 24-year-old ahead of Erik ten Hag’s imminent arrival as the new manager. Their local rivals and Premier League champions Manchester City could also be in the mix, while the likes of PSG, and Juventus are also keen.