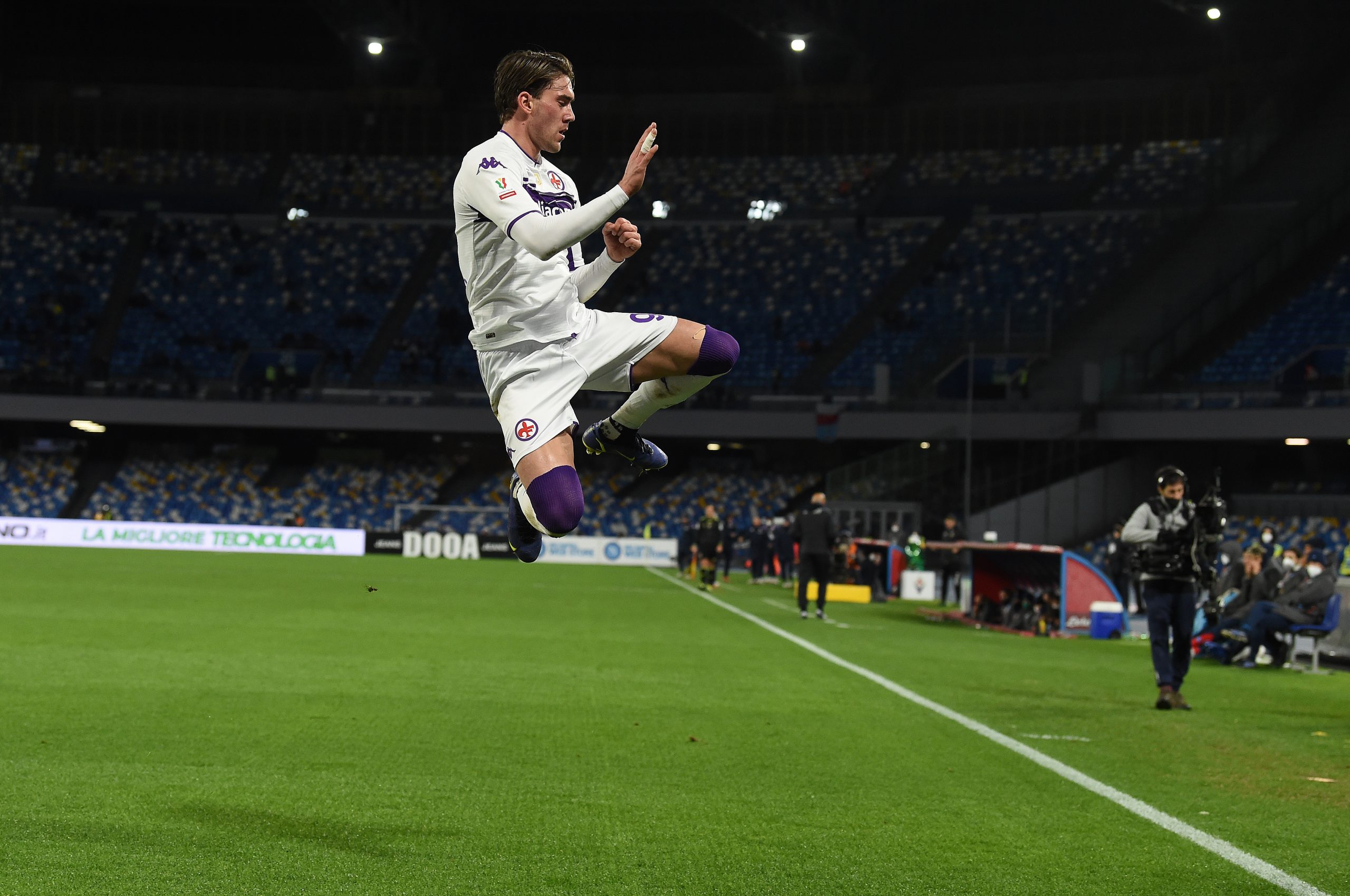 As Barcelona and Real Madrid locked horns in the Spanish Super Cup semi-final on Wednesday night, there was an unsaid concern among supporters about their finishing – or the lack thereof.

Their eternal rivals were coming into this game leading the La Liga table, spearheaded by one of the best players in Europe this season – Karim Benzema, and his supporting act Vinicius Jr. The duo have a combined total of 54 goal contributions between them across all competitions this season.

That concern proved to be true as Barcelona lost 2-3 despite arguably being the better team. The search for a striker, as such, becomes more necessary than ever. And if reports from El Nacional are to be believed, Xavi wants Joan Laporta and co. to sign Fiorentina’s Dusan Vlahovic but face stiff competition from Newcastle United.

The Magpies have been in the market for the best of players since the takeover by multi-billionaire Mohammed Bin Salman. They have signed Kieran Trippier from Atletico Madrid for €15 million and are on their way to sign Chris Wood from Burnley.

Newcastle have the financial muscle to bully Barcelona out of the Vlahovic deal but currently lack a sporting project to lure in the most prominent names. In fact, they sit 19th in the Premier League after half the season and could well be on their way down to the Championship.

They are, however, not the only English team interested in the Serbian. Arsenal are reportedly ready to shell out a €150 million package including transfer fee, salary, and bonuses in an attempt to bring him to the Emirates. Manchester City have been strongly linked as well.

And why won’t they? After all, Vlahovic has scored 19 goals across two competitions in 23 games, and is only second to Robert Lewandowski in the race for the European Golden Boot.

It has also become clear over the last few months that Barcelona’s (rather Laporta’s) top priority is Erling Haaland. The Norwegian, much like Vlahovic, is on the radar of the best clubs in Europe, and signing him will not be easy. The search, and the hustle, continues.