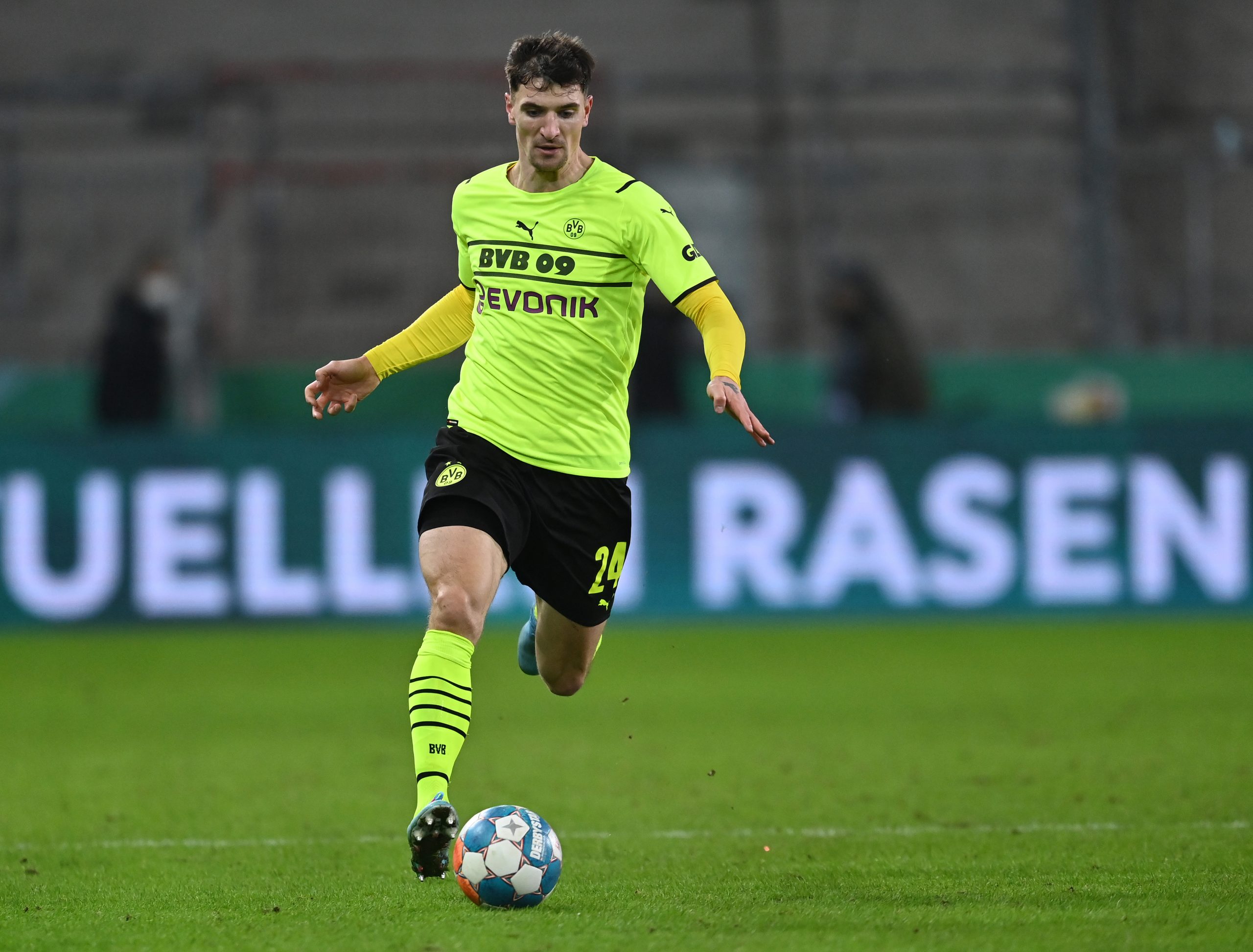 Barcelona have made the position of some players abundantly clear this transfer window, with stars such as Ronald Araujo, Pedri, Ansu Fati, Gavi, and Nico Gonzalez headlining the list as non-transferable assets.

Oscar Mingueza, Clement Lenglet, Samuel Umtiti, and, shockingly, Sergino Dest are on the other list. While the three centre-backs have not had a consistent run of form or minutes, Dest started the season superbly as one of the best creators in the La Liga.

Unfortunately, he has failed to adapt to life under Xavi, and the club is looking to offload him in an attempt to bring in an influx of cash. According to the reliable Gerard Romero, Barça are working on a deal with Borrusia Dortmund that would see Thomas Meunier move to Camp Nou in exchange for Dest.

After initially struggling to fit in Bundesliga last season, the Belgian has shown signs of life under Marco Rose, scoring two goals and setting up an additional four for his teammates. He’s created a Dortmund-high eight big chances while averaging one key pass per game.

While Dest has come close to mirroring those numbers with three assists and 1.3 key passes per game, he has had to cover in three different positions for Barcelona. Further, he is 20 years old, a decade younger than Meunier.

Not too long ago, Chelsea were leading the race for the American, but it seems that they have locked their eyes on other players. Bayern Munich, too, were interested, but those rumours have seemingly faded away.

If Barcelona decide to sell Dest in the winter, they can readily bring in nearly €30 million. The former Ajax star is adamant about staying, though.

As for summer replacements, Noussair Mazraoui seems to be on his way on a free transfer, with Cesar Azpilicueta’s move away from Chelsea looking increasingly likely as well.