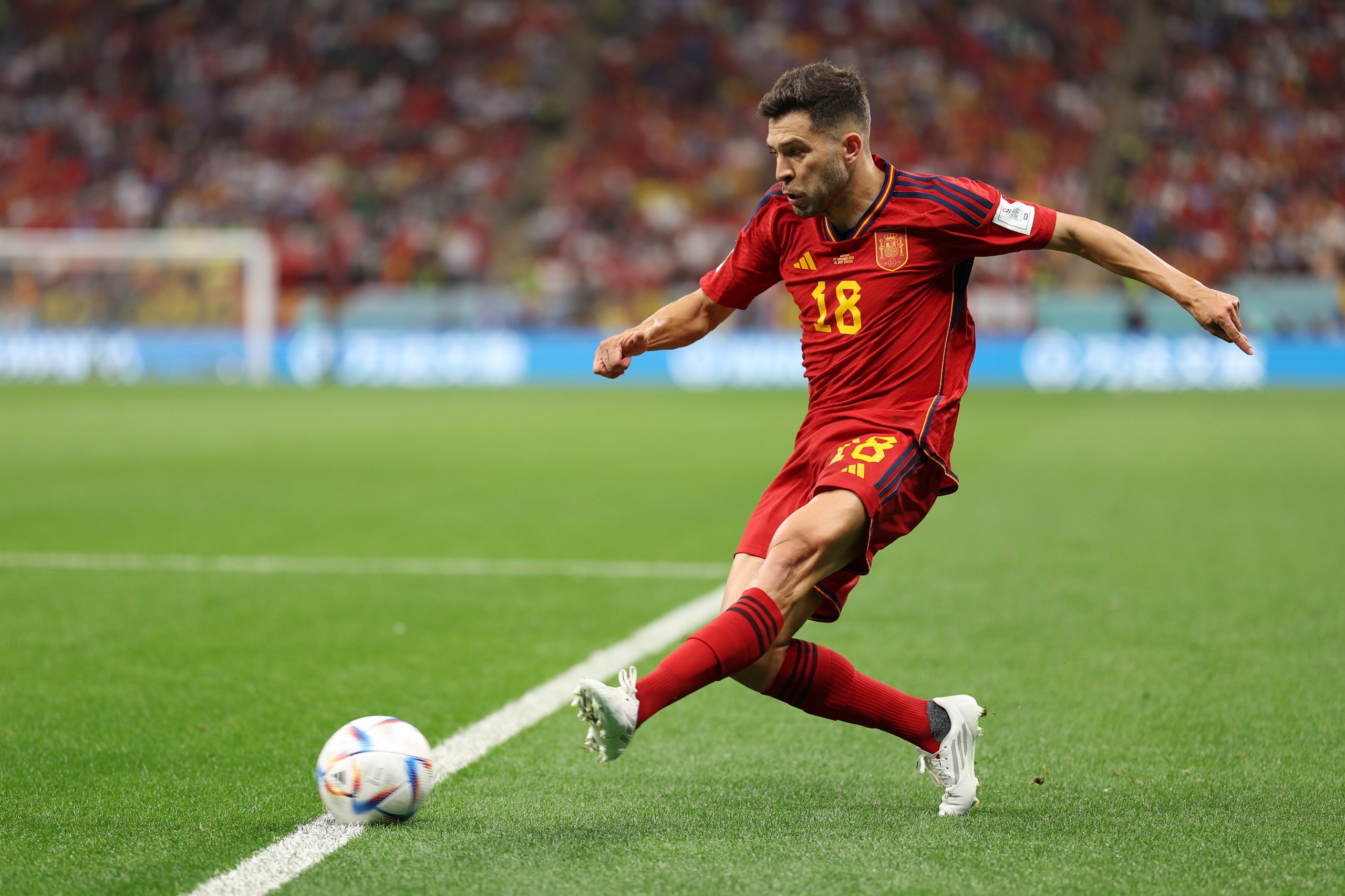 Speaking to the media after Spain’s 1-1 draw with Germany, veteran Barcelona defender Jordi Alba insisted that La Roja are confident of topping Group E by beating Japan in their final encounter.

Alba was one of Spain’s better performers on Sunday night as they played out an entertaining 1-1 draw against fellow European giants Germany in what was one of the most anticipated matches at the World Cup.

Alvaro Morata gave Spain the lead, with Alba grabbing the assist before Niclas Fullkrug equalised for Hansi Flick’s side to make sure that the spoils were shared.

The result means Spain are still at the top of Group E, with four points after two matches, while Japan and Costa Rica occupy second and third places with three points each. Germany, meanwhile, sit at the bottom with just one point.

Spain will face Japan, who beat Germany earlier in the competition, in their final group game and Alba is confident that La Roja can get the job done and win the group.

“The confidence is intact. We have done a good job and this is the line to follow. Now we have to play the third match against Japan and win it to go through as top of the group,” Alba said (h/t Mundo Deportivo).

Talking about the match against Germany and the outcome, Alba explained that it was a tightly-contested battle with both teams having their fair share of dominant spells.

“It was a balanced match, as both teams dominated the game. In the first half, we had good chances to score and in the end, the goal came when I played a ball to Morata. The equaliser came from an unfortunate play. It’s OK, now we have to keep going and think about beating Japan,” he said.

“There were some good moments and some moments of rashness. But in general terms, we kept the same idea of the game as always. Germany is a great team and everything has an influence. The team gave their all and we are still depending on ourselves to go through,” Alba added.