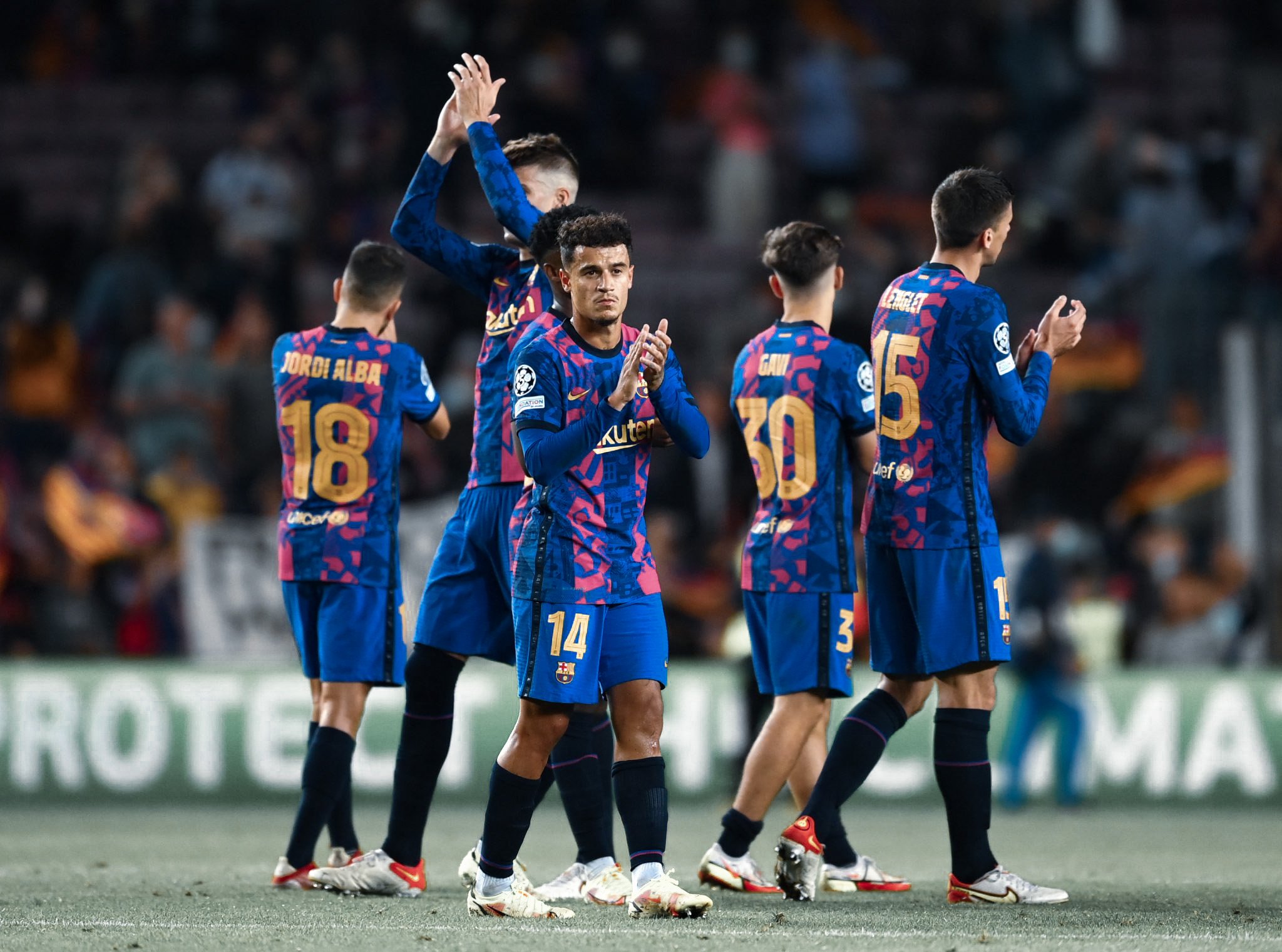 Barcelona went up against Dynamo Kyiv in a must-win situation at the Camp Nou. The early kickoff in the Champions League saw Ronald Koeman under immense pressure for his side to deliver. Moreover, the Dutchman’s job was said to be on the line.

The manager decided to start with Ansu Fati on the bench, and Luuk de Jong started as the central striker. Clement Lenglet came in for the suspended Eric Garcia while Oscar Mingueza replaced Sergi Roberto in the starting XI.

The hosts got off to a bright start with Sergino Dest finding himself in a dangerous position adjust the second minute. The youngster headed the ball goalwards, but it was narrowly wide. The Catalans dominated the proceedings in the opening ten minutes, with Dynamo Kyiv seeing very little of the ball.

In the fifteenth minute, Dest created trouble in the opposition box again with a skillful solo run. Yet, Barcelona couldn’t find the opening goal as the Russian side defended collectively.

The first clear chance fell to Luuk de Jong off a header just four minutes later. The Dutchman leaped in the air and connected well, but his shot was just wide of the left post. The striker found himself at the centre of attention once again in the 21st minute when he received a lovely ball from outside the box. Despite firing a wonderful curling effort, he was denied heroically by Bushchan.

The visitors barely got into the game on the first half. Barcelona dominated the proceedings, and Kyiv were offensively restricted only to a couple of weak counters.

Luuk de Jong once again had a golden chance in the 25th minute off Depay’s corner delivery. The striker misjudged the ball and it was wasted.

Sergino Dest once again came painfully close to scoring ten minutes later when he gathered the ball inside the box and fires a powerful shot at Bushchan. However, the hosts were denied yet again.

Barcelona eventually found their much-needed breakthrough in the 36th minute via Gerard Pique. The move started with Jordi Alba receiving the ball off a corner. After controlling the ball, he executed a perfect cross into the box which the second captain emphatically latched onto and volleyed home.

The next key moment of the half came a minute away from halftime when Memphis Depay tried to send in a wonderful through ball to de Jong. The ball was intercepted by the right back and the move was killed.

The hosts headed into the dressing room at halftime with a one-goal lead over Kyiv, and needless to say, a much-needed one.

Ansu Fati and Phillipe Coutinho came on for Luuk de Jong and Oscar Mingueza respectively at halftime. That meant that Sergino Dest moved back to right-back with Coutinho on the wing.

The Brazilian tried to make an immediate impact with a scoop over the opposition defence, but the Russian defence was ready for it.

The Barcelona attack looked more active and lively with the introduction of Fati. Moreover, the side threatened on goal with almost every move.

Fati had a glorious chance in the 53rd minute when Depay gathered the ball and gave it to the youngster. The teenage star attempted an emphatic overhead kick, but it went painfully wide.

Vitinho and Shaparenko threatened to break Barcelona’s defense close to the hour mark. However, Sergio Busquets cut of any hopes of an equaliser. Though it resulted in a free-kick for the visitors, it was in vain as they could not capitalise.

Gavi’s first Champions League night came to an end in the 68th minute as Koeman decided to replace the teenager with Sergi Roberto.

Kyiv won another freekick immediately after the substitution, but Jordi Alba and Gerard Pique helped turn the gears and sent Barcelona to a counterattack. The resulting corner led to a wonderful chance which Coutinho could not finish.

Sergio Aguero replaced Memphis Depay in the 75th minute to try and close out the game. Good Champions League debut came amidst a lot of cheer from the Camp Nou.

Dynamo Kyiv had one of their biggest opportunities in the 79th minute when their shot was saved by Ter Stegen. The clearance from Pique was poor and resulted in a scramble that could easily have seen the ball in the back of the net. Nevertheless, Barcelona survived the shock.

Pique attempted a risky challenge five minutes from time and gave away a dangerous freekick. The visitors could not convert the chance and it went Barcelona’s way.

Eventually, the whistle for full-time rang as music to Cules’ ears. It not only signalled the first UCL win but also gave some of qualifying from the group after a devastating start. Barcelona now head into the Clasico with two wins on the trot.