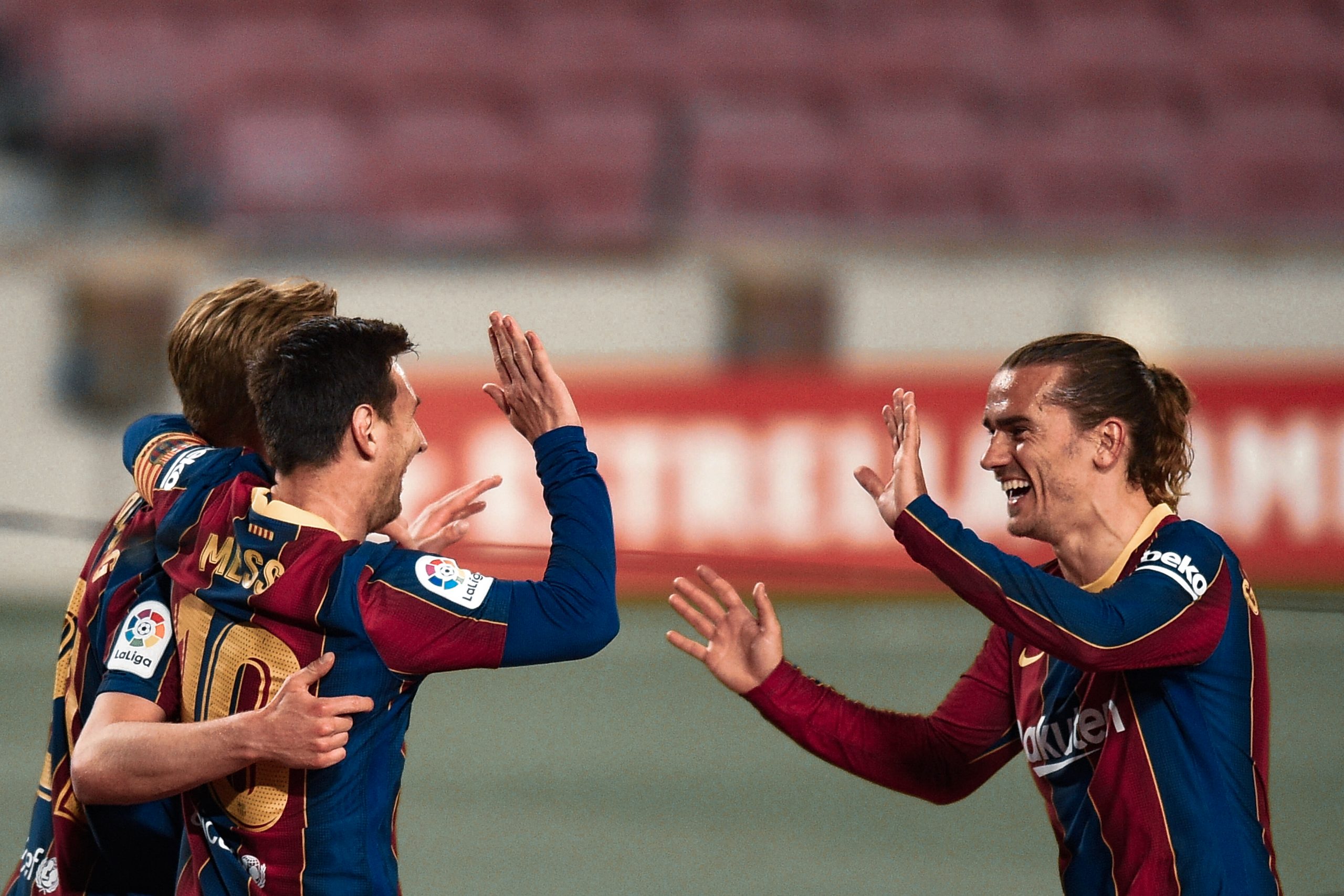 Looking at the season in retrospective always helps us reminisce some stellar performances that have faded away in our memory. Every season brings with it a unique set of joy and heartbreak. Moreover, in a season as unstable and unpredictable as this, many moments of ecstasy have been overshadowed by subsequent disappointments.

While the forwards steal the limelight, one also remembers the defensive heroics of Ronald Araujo, the midfield magic of Pedri, Frenkie de Jong and Sergio Busquets,, and the sheer class of Jordi Alba — all of whom had wonderful individual campaigns.

On some nights, it was the whole team that showed up and took home the spoils. However, on the other nights, certain individuals upped their performance to steer the side home. They showed their side light when it was the darkest and drove them home safely. Needless to say, many such performances also involved a complete team display in which an individual stood out. Here Barça Universal brings to you three such gargantuan individual performances that defined the season:

Just a week after Barcelona faced their second Clasico defeat of the season, they were presented with the Copa del Rey final. It was undoubtedly the worst possible time for a game of such importance. The Catalans had already had a full dry year, and the cup was their only real hope of silverware in the season.

Pitted against Athletic Bilbao, one knew it would be no easy task. Barcelona threw away the game the last time the two sides met in a final, and the pressure was very much on Ronald Koeman’s men.

At the end of the 90 minutes, it was the Blaugranas who hoisted the spoils at the Estadio de la Cartuja. And while Lionel Messi once again dropped a man of the match performance, Jordi Alba had his traditional stellar outing and Antoine Griezmann boasted of scoring the opener, a few eyes fell on the tireless Frenkie de Jong.

In that pressure cooker situation, de Jong ran the midfield show in some style. He oozed on class with his every touch. No pass, no touch of the Dutchman was without purpose. Audacious body feints, unparalleled vision, relentless defence, and tirelessness in attack- Frenkie de Jong was on a whole new level.

Antoine Griezmann’s opener was possible only courtesy of the No.21’s perfectly slotted assist. De Jong received the ball in a rather unnatural position and began the attack. He then took on Mikel Balenziaga and crossed the ball straight to the No.7’s feet.

He further extended his influence on the game when he found himself at the end of Jordi Alba’s cross, which he smartly slotted in. Despite receiving the ball in a rather inconvenient position, he bent low and headed the ball. The smart finish secured a two-goal cushion for his side.

While Messi rightfully made headlines for an extra-terrestrial run from the half-line to score Barcelona’s third goal, many seem to forget de Jong’s importance in the buildup. That goal would be impossible without him.

His near-telepathic connection with Messi was put to the test twice in a span of milliseconds. Needless to say, he passed it with flying colours. A quick one-two followed by a moment of brilliance by the Dutchman was key. By holding up the pass for a second, FdJ outfoxed the centre-backs to find Messi in acres of space and facilitated the goal of the season.

96% pass accuracy, three key passes, two out of two accurate long balls, four completed dribbles, two big chances created, eight ground duels won, a crucial clearance, one shot on the woodwork, two assists, and a goal — these statistics are testament to a performance that any midfielder in the world would cherish as their best. It was a night when Frenkie de Jong ran Barcelona- and what better time to do so!

It was the quarter-finals of the Copa del Rey and, needless to say, a must-win for Barcelona. Despite dominating the proceedings throughout the game, Barcelona found themselves trailing by two goals with two minutes to go. A comeback seemed totally off the cards, especially given the side’s poor history in such situations.

In the 88th minute, Lionel Messi dinked a ball over the Bilbao defence. The pass seemed to be ever so slightly wide and overhit and was surely headed out for a goal kick. Enter Antoine Griezmann. With an acrobatic and perfectly timed dive, the Frenchman got the cheekiest of touches on the ball. A touch so perfectly timed that all Aaron Escandell could do was watch as the ball trickled past him into the net. The fight was on, but it was still a monumental task.

In the dying minutes of extra time, the Captain swung the ball across to the left wing. At the receiving end was once again the No.7. In that high-pressure situation, Griezmann smartly headed the ball towards Jordi Alba. The left-back, seeing the perfect pass, headed the ball into the net. It was jubilation all around — a comeback had been completed in five minutes and the man directly involved in both goals was Antoine Griezmann.

As the game progressed to extra time, Barcelona were in desperate need of a goal to put them ahead. The goal soon arrived and involved the same players as the equaliser, only in reversed roles. This time it was Griezmann who found himself at the end of Alba’s cross, and the goal-fest continued.

Jordi Alba put the game to bed with a rocket strike, once again after a sumptuous outside-the-boot cross from Antoine Griezmann. The story of Los Carmenes is one for the history books. And while history will rightfully remember it as the night of Messi-Alba-Griezmann, one knows the Frenchman had a significantly more important night. His best display in Barcelona colours!

The Argentine has dropped so many individual masterclasses over the season that it is difficult to single out any as his best. Half the season has revolved around the six-time Ballon d’Or winner and his magic. However, the 5-2 win over Getafe stands out just by a small margin.

It was a game where Lionel Messi should have had his hat-trick. The only thing that stood between him and the hat-trick was his own selflessness. He finished the game with two goals and an assist. However, statistics never do justice to the impact Messi has on a game.

The captain put his side ahead early in the game with a cool finish. He struck the woodwork a few moments earlier and was denied a goal by millimetres. After Lenglet’s own goal, the Catalans regained the lead by another own goal, this time on the other side of the pitch.

In the 33rd minute, Messi assisted his own goal. After a ridiculous volley from a near-impossible angle, he blasted the rebound back into the goal from a similar position. He was again involved in Barcelona’s fourth when Ronald Araujo headed in a perfect corner from the talisman.

In terms of statistics, he had four shots, three shots on target, hit the woodwork twice, completed three dribbles, created one big chance and delivered a key pass.

A perfect chance to seal his hat-trick emerged in the 93rd minute when Barcelona were awarded a penalty. Leo, however, decided to give a chance to Greizmann, who had been struggling for confidence. The No.7 scored and Barcelona won by a three-goal margin. It was again one of Lionel Messi’s many man of the match performances.