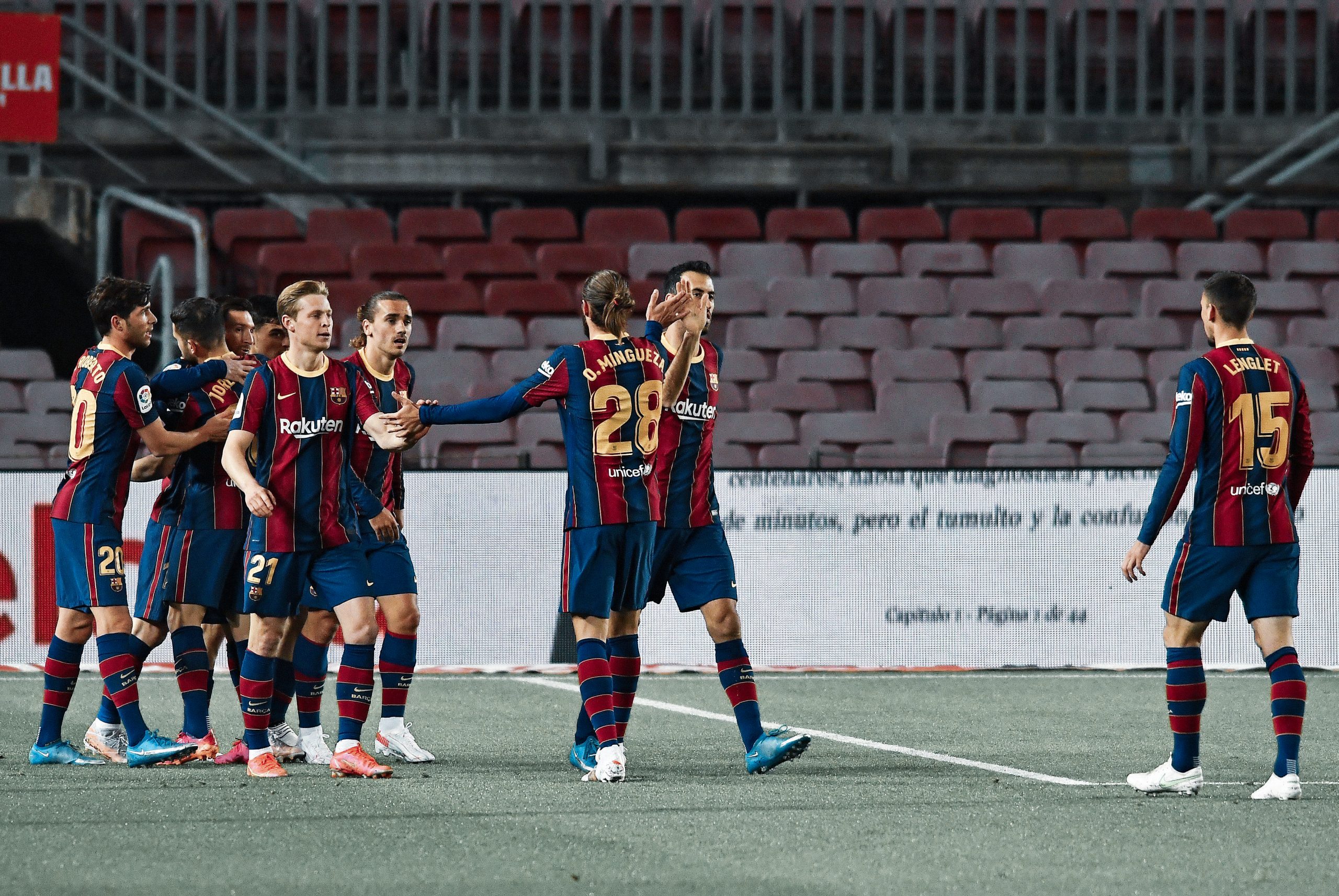 Over the past three years, Barcelona’s output as a team has been on the decline. A side that used to coordinate and split the burden of match-winning started relying more on individual performances. As the members of the golden team left, the pressure on the veteran players shoulders has been on the constant rise. While transfers like that of Frenkie de Jong, Pedri and promotions like Ansu Fati have helped share the load, most transfer stories have not been positive.

It is rare that Barcelona coordinate in attack, defend as a unit and perform as a team. However, the few occasions on which they do bring out absolute jubilation amongst Culès. It is a sign that the nostalgic brand of football still runs in Barcelona’s veins. The consistency, however, is the issue.

In a time where so much of the results depend on certain individuals, the importance of a collective display is more than ever. This is the time to turn back the clock and look at the cream of Barcelona’s performances this season; the games that gave Culés not just hopes but incomparable joy. Here are Barça Universal’s top three team performances of the season.

The exhilarating night at the Los Carmenes is undoubtedly one of the peaks of Barcelona’s topsy-turvy season. It was a night of belief, one of passion and one that still sends chills down one’s spine. One cannot recreate the atmosphere nor the emotions of that game. A script that cannot be repeated.

The side played some of their best football on the night but just could not make a breakthrough. Barcelona’s were unfairly down by two goals in the 80th minute, and Granada had all but qualified or at least that is what one thought.

What followed was a spell of play from the Catalans that dropped jaws across the globe. An inspired Lionel Messi orchestrated two goals from unimaginable places. Antoine Greizmann who could not break the defence till then, scored a lovely acrobatic goal before setting up Jordi Alba for the equaliser. Within 6 minutes, the scores were level.

It was too easy for the visitors in extra time. Griezmann’s second goal of the night was cancelled out by Fede Vico’s penalty. Nevertheless, a rebound finish by Frenkie de Jong and a screamer from Jordi Alba put the game to bed.

The game was a special one because it was not one in which the side depended on one individual. Undoubtedly, it was Antoine Griezmann’s best game of the season. The Frenchman’s contribution on the night was unreal, and none of it would be possible if not for his acrobatic finish in the 88th minute.

However, Barcelona had goals pouring in from every end of the field. Jordi Alba, Frankie de Jong, and Lionel Messi were at the peak of their powers. Riqui Puig made a neat cameo off the bench, and so did Ousmane Dembele. A nailbiter in its truest sense.

Matchday 28 brought with it a stiff challenge for Ronald Koeman’s side. Travelling to San Sebastian to take on Real Sociedad is a challenge easier said than done. The hosts were looking to extend their grip over European Qualification, and the visitors were just finding their footing.

What followed was 90 minutes of absolute world-class football from Barcelona. Right from the get-go, the visitors were all over Imanol Barranetxea’s men. The scoring did not start until the 37th minute when Antoine Greizmann made the net bulge his former club, jumping on a rebound. From then on, Koeman’s men were unstoppable.

Sergino Dest had one of his best games of the season. With Jordi Alba at his usual attacking best, the goals flowed freely from both sides. Messi’s perfectly timed pass led to Dest’s first goal of the night before both the fullbacks synchronised to score his second of the game.

With goals from the right and left checked out of the bucket list, Sergio Busquets got into the game and delivered a sumptuous assist over the top. Needless to say, Lionel Messi made it four with ease. A solo run from Ousmane Dembele added the fifth blow in Sociedad’s demolition.

The game was capped off by the perfect sequence of play that led to the final nail. Jordi Alba teed up with Riqui Puig to outfox the defence before slotting it to the captain. Another smart finish from Messi made it six on the night, and Barcelona were on cloud nine.

No individual ran the party. The team came to life, and every player had a measurable impact on the final result. It was a game that brought Barcelona’s season back to life. Teamwork at its very best.

The game which brought Barcelona its first silverware in two years qualifies as one of the best team performances of the season. Barcelona had a poor recent history in finals heading into the clash at Estadio de la Cartuja. However, they dropped a flawless performance that night to rightfully be crowned the Copa del Rey champions.

Goals from Antoine Griezmann, Frenkie de Jong and a brace from Lionel Messi lit up the night. The game peaked when Lionel Messi scored after an incredible run from the half-line. However, the overall display was so much more than the captain’s heroics.

The defensive trio of Gerard Pique, Clement Lenglet, and Oscar Mingueza did not put a step wrong. Their defensive resilience ensured Bilbao were at bay while Barcelona racked up powerful attack after attack. Throughout the game, a goal seemed to be around the corner. The Catalans threatened relentlessly and eventually broke the Basque side’s defence.

It was a game that showed us the very best of Lionel Messi and Jordi Alba again. However, the man of the moment was Frenkie de Jong, who stole the show with a goal and two assists. Barcelona were crowned deserved champions on the night, for it was a display involving the whole team.