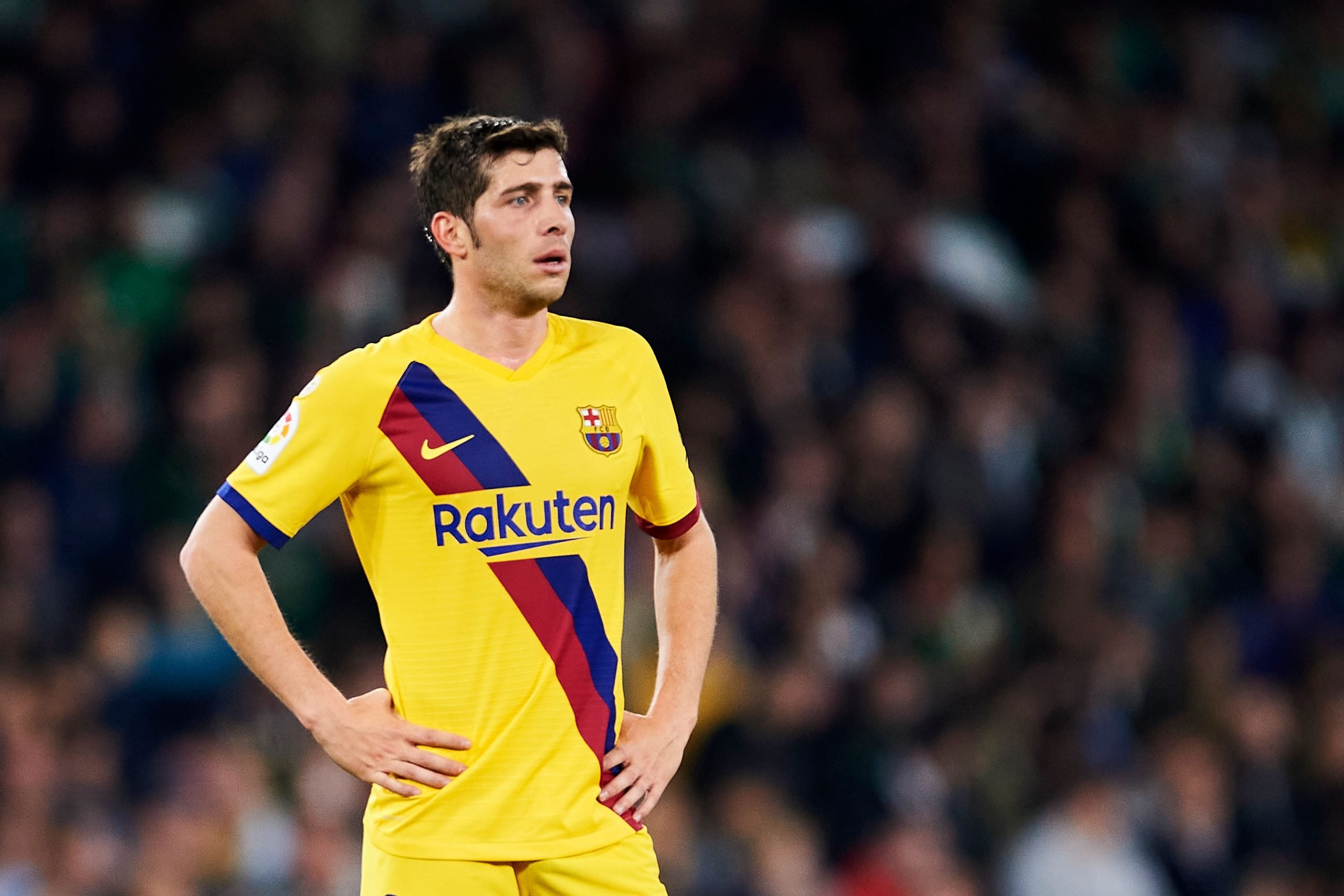 According to latest reports from Spanish journalist Toni Juanmarti, Atletico Madrid have decided not to pursue Sergi Roberto signing from Barcelona. Over the past few months, Diego Simeone’s side have been constantly linked to the Spaniard.

There was even talk in recent days, that Atletico Madrid had put in a bid for the midfielder-turned-right-back, whose current contract expires this summer. Contract renewal talks between Barcelona and Roberto’s entourage have not gone too well. The long-drawn-out negotiations are still to reach a favourable stage.

Until now, all signs had pointed to Roberto moving to Atletico Madrid on a free transfer. At the moment it is unclear why the deal has fallen through. The 30-year-old could now end up without any concrete prospects come the summer.

Barcelona reportedly have no interest in pursuing another lengthy negotiation with the player, even though Xavi is rumoured to want him to stay. However, with the renewals of Pablo Gavi and Ronald Araujo also pending, it is only sensible that they are prioritised given their age and importance to the project.

A potential reason for the move not going through could be Roberto’s injury woes. Currently out for a long time with a hamstring injury, the Spaniard has also had plenty of muscular niggles over the past two seasons.

There is no word yet on how likely his continuity at Barcelona is, but if Gavi and Araujo are renewed satisfactorily, perhaps more time can be spent on players like Roberto and Ousmane Dembele, who already seem to have a foot out the door.