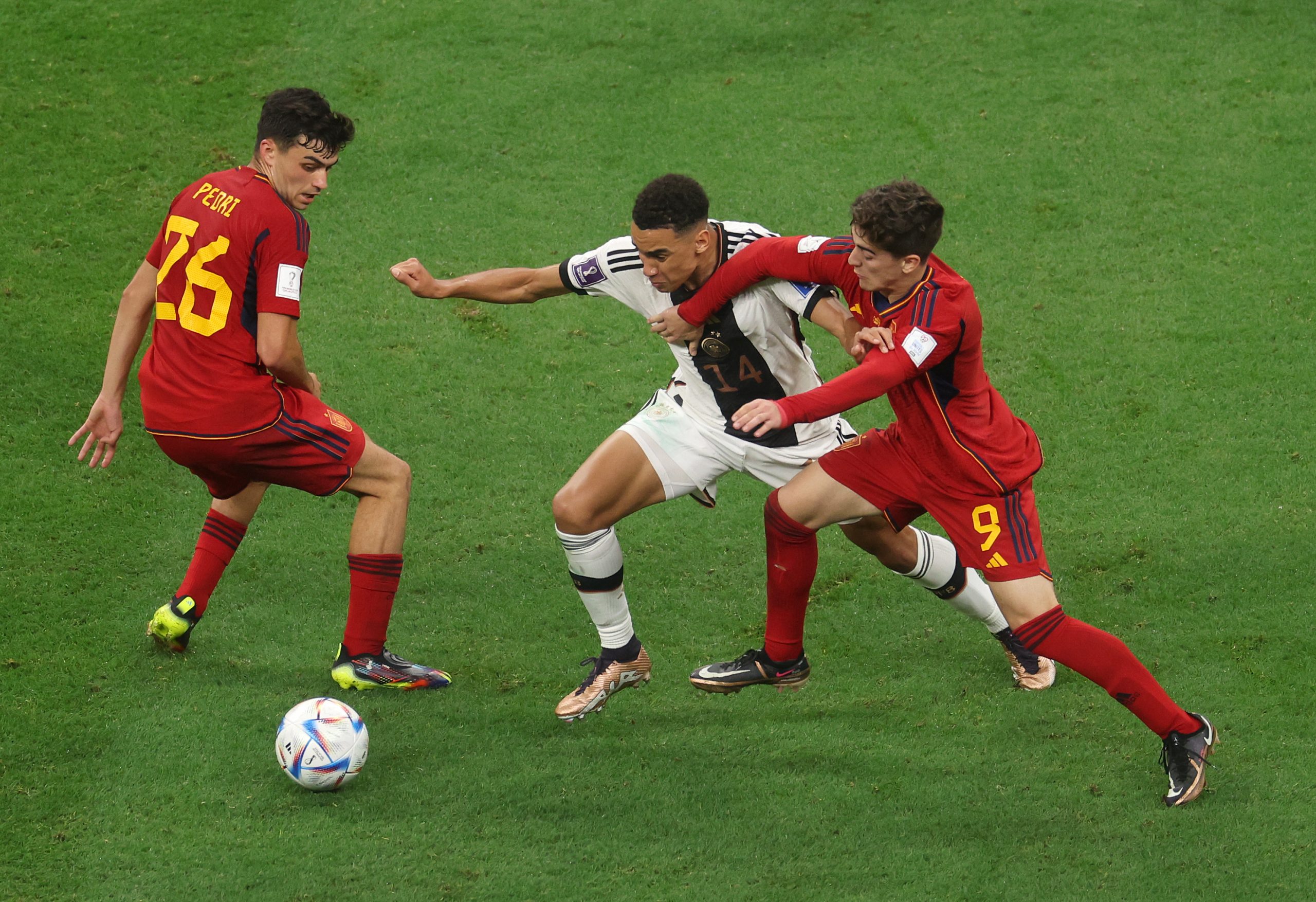 Barcelona duo Pedri and Gavi have been garnering a lot of praise for their performances at the FIFA World Cup 2022 with the Spain national team so far.

Both the midfielders have been key to La Roja’s solid start to the campaign and have been hailed by manager Luis Enrique as well as Germany head coach Hansi Flick and legendary former footballer Lothar Matthaus.

Brazil defender and Barcelona legend Dani Alves had also heaped praise on the young Spain duo recently. And now, it is the turn of Atletico Madrid captain Koke to express his admiration for what the young Barcelona duo does on the pitch.

Speaking at a press conference earlier today (h/t MARCA), the veteran Atletico Madrid and Spain midfielder waxed lyrical over Pedri and Gavi, stating that the senior members of the team get to learn a lot from what the youngsters do on the pitch.

“I think Pedri and Gavi do magic, they are at a spectacular level. You just give them the ball and they don’t lose it. Those of us who are older also learn from young people. They do things we don’t do,” Koke said.

“We see what they do well and what they don’t, we also tell them. But it’s spectacular to play alongside Pedri.”

Koke further delved into his relationship with Gavi, and spoke about how he tries to keep reminding the 18-year-old to stay calm and enjoy the experience of the World Cup.

“Gavi sits next to me because I wear number 8 and he wears number 9. I tell him not to get into that nervousness or the madness that surrounds a World Cup. He has to play the way they are playing. Enjoy and be calm,” Koke said.

“Those of us who are a bit older have enjoyed European Championships and World Cups and we try to give young people peace of mind so that they can be calm and give their all. We want them to enjoy themselves. We have a spectacular group and we have to make the most of it.”

Spain will take on Japan in their final Group E encounter on Thursday. Having won against Costa Rica and drawn against Germany, La Roja can qualify for the Round of 16 with just a point in their final group game.