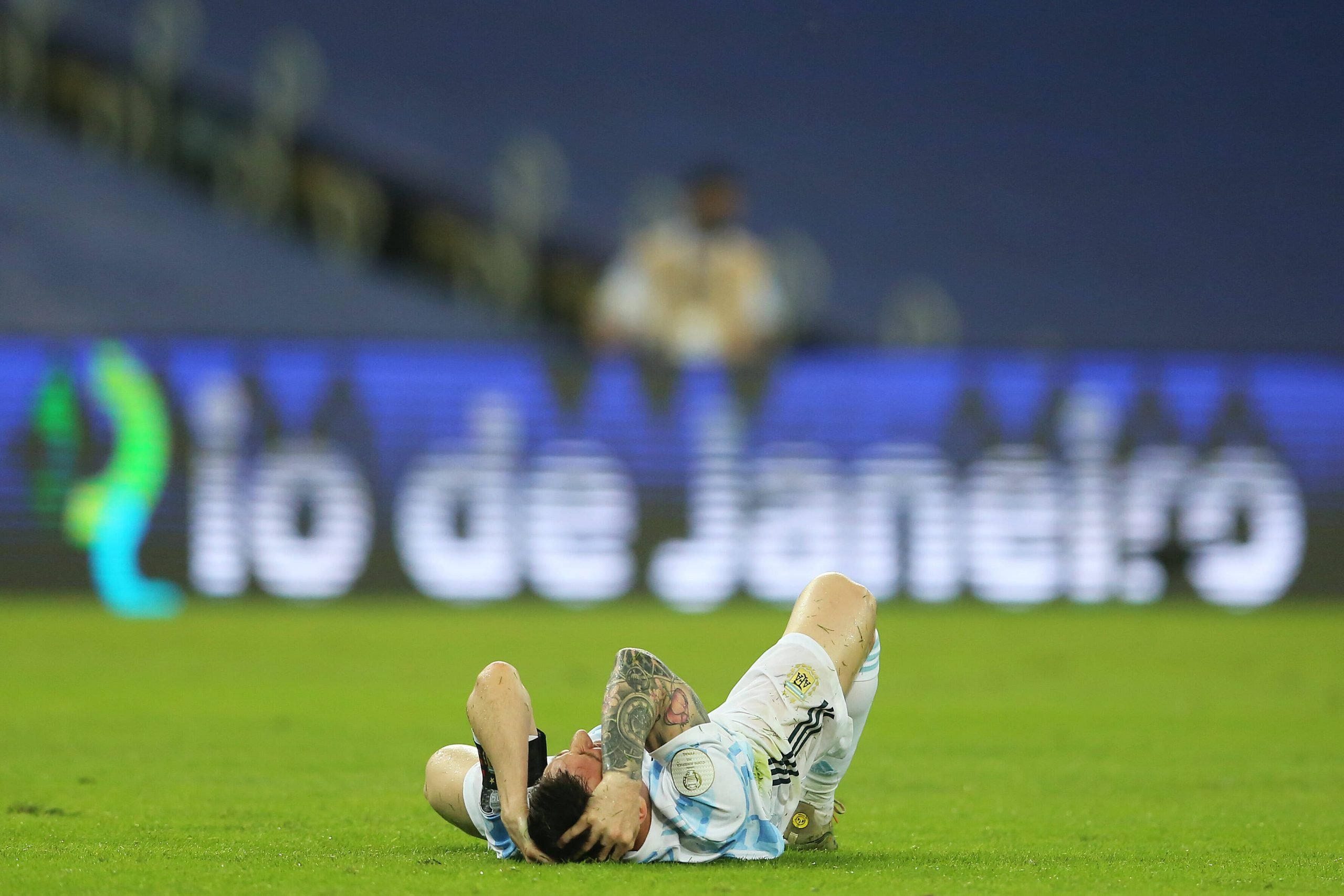 Taking over as the head coach of the Argentine national team in 2018, Lionel Scaloni reached new heights with the team, guiding them to the Copa America final in Brazil, and eventually lifting the title today morning. With the win, le Albiceleste have worn off a 28-year trophyless drought.

Among all the celebrations, nobody could take their eye off a certain Lionel Messi, who reached his fifth different final with Argentina. With the black captain’s armband tucked on his left arm, Leo was drowning in emotion before Scaloni revealed Messi’s injury situation to the media.

“Messi had played the games against Colombia and Brazil with some hamstring problems,” he said.

Watching either of the games, you would not be able to tell that Messi was, in fact, playing with an injury. Certainly not to his hamstring. He put on a show against Colombia, assisting the goal, creating four chances, and completing 9/12 dribbles.

He did, however, pick up an ankle injury against Colombia, where his right sock was shown ridden with blood, with the flesh from his ankle torn.

Today, Leo was on his toes defensively, picking up loose balls, and tackling whenever he got the chance. Eventually, he fell to his knees, shedding tears of joy, as the referee blew the full-time whistle.