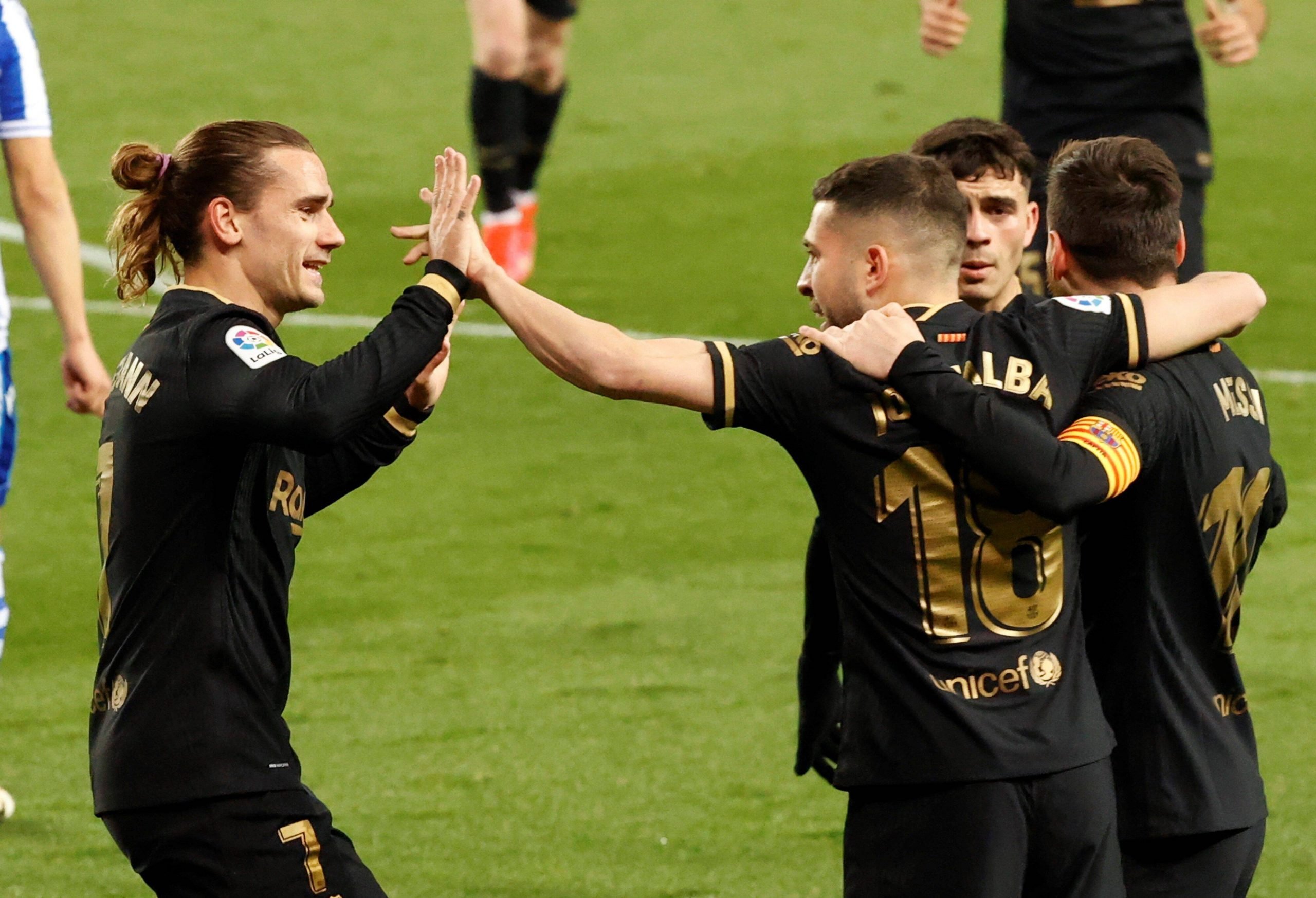 Photo by Javier Etxezarreta via Imago

Following what was Barcelona’s arguably best performance of the season, birthday-boy Antoine Griezmann spoke in the post-match press conference. The 30-year-old scored the game opener, and after that, it literally rained goals.

“I did not celebrate out of respect for my former team. I wouldn’t have been here without them. The image that we showed today proves that we are capable of fighting for the league title.

“We knew this was a very difficult pitch, from the beginning we started with a lot of concentration, and we wanted to score,” said the Frenchman. The Anoeta has always been a difficult away game indeed, particularly this season in which Real Sociedad has one of the best defensive records in Europe’s top 5 leagues.

Griezmann did not mention to credit Ronald Koeman, who seems to have all the support of the dressing room:

“I think it’s Koeman’s turn to buy the drinks tonight. I think the coach certainly deserves credit for the work he has done.”

Lately, the Dutchman’s team have indeed improved in every single aspect. The last thing that was lacking, was the efficiency in goal-scoring, but tonight, the team showed what they are capable of.

“We have had problems with our efficiency. We are working on it, and today was a great game for everyone. I think we started the game well,” added Griezmann.

Barcelona is currently 4 points away from Atletico Madrid, and it looks like the Catalan club will keep hunting the title.

“We have to focus on ourselves and what we can do. We have to try to win everything we have left and then we will see. I think that if we keep playing like today, we can win what’s coming,” said Griezmann when being asked whether they can win the La Liga title.