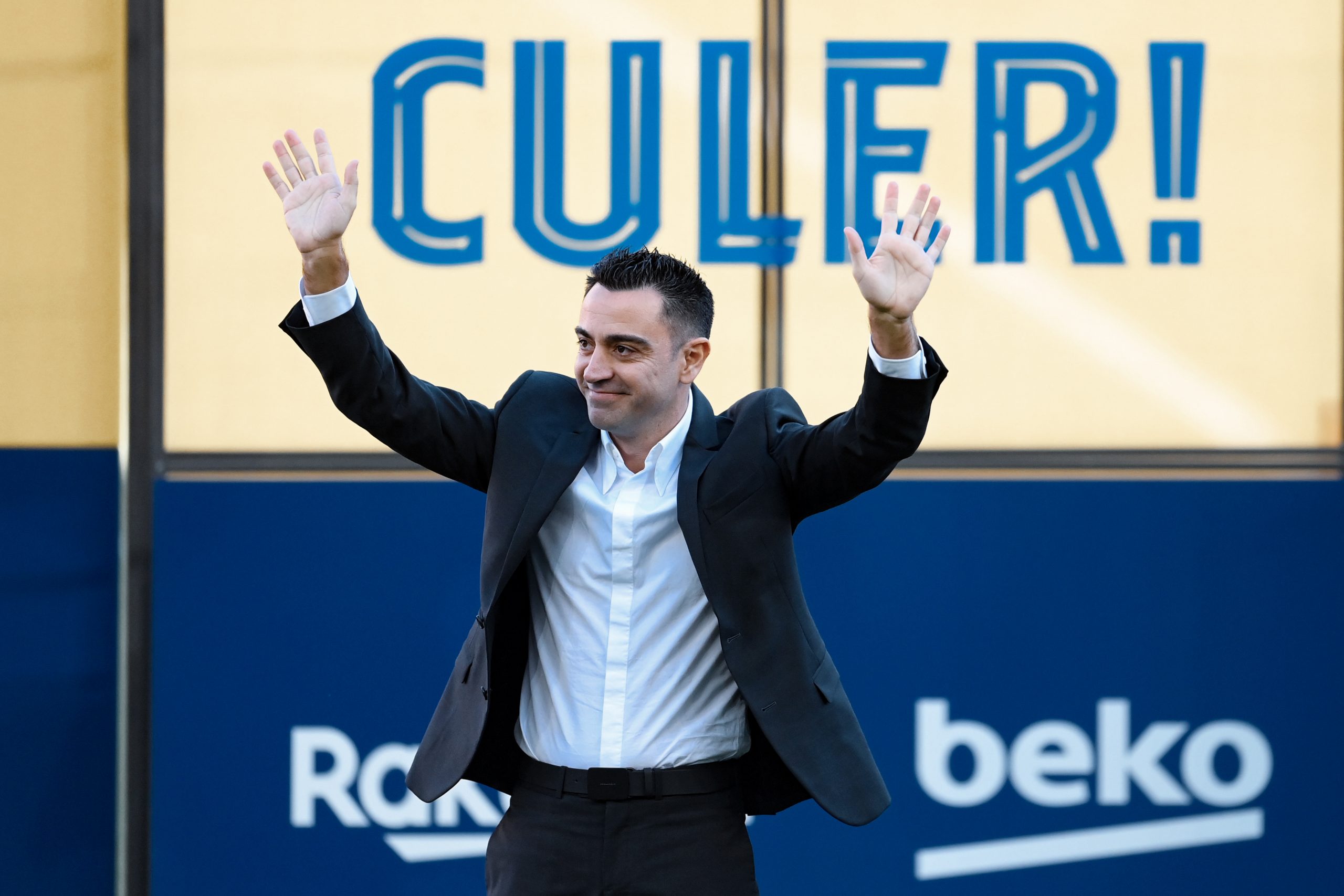 1.5 seasons. 90 matches. That is how long Barcelona’s last five managers have lasted on average. In and out, arriving and departing, like a revolving door to nowhere.

Xavi Hernandez comes in hoping to break this cycle, acting as an anchor in a stormy sea. The Blaugrana legend has signed a contract until 2024, which shows the club putting faith in the relatively young manager.

The proverbial roots of Barcelona’s tree have been rotten for a while now, whether an underwhelming squad or lack of distinct identity. Sometimes, the only way to move forward is to plant a new seed.

With Xavi’s arrival comes new hope, endless possibilities, and Barça’s first long-term project in recent memory. Taking that idea further, what will this project entail? What are its nuances and characteristics? We at Barça Universal explore this much-awaited long-term project spearheaded by the greatest midfielder of all time.

Ins and outs of long-term projects

To start, let’s address the questions, what is the importance of a long-term project? And why have Barcelona desperately needed one? Well, not every club goes through such a project or even needs one.

If adequately managed with sustainable squad building, budgetary control, and a culture that proscribes complacency, the need to “wipe the slate clean” is negligible. In short, the opposite of everything Barcelona have encompassed over the last few seasons.

Clubs like Bayern Munich and Real Madrid come to mind when thinking of those who have had some underwhelming campaigns, but never enough to necessitate a complete rebuild. Liverpool, Manchester United, and Chelsea fall on the opposite end of the spectrum.

Jurgen Klopp and Ole Gunnar Solskjaer were hired with a big-picture in mind. To some extent, the same applies to Frank Lampard, however, he was let go for failing to take Chelsea to the next level.

However, Antonio Conte at Tottenham Hotspur, or Carlo Ancelotti at Real Madrid (2021 edition) have been hired for short-term projects. To bring the best out of their current team while plans for the future can go side by side.

For Barcelona, another short-term solution would not solve their issues, both underlying and on the surface. This squad can not immediately compete for Europe’s most prestigious trophies, nor can its youngsters suddenly enter their primes. Thus, the necessity for a long-term project and starting from scratch.

When Xavi’s project ends is anybody’s guess. What we have is a clear picture of how it will start.

Starting from the bottom

The table is set for Xavi’s arrival, but it couldn’t be messier. Nearly three months into the 2021-22 season, Barcelona have won six out of 16 matches, conceded 15 and scored only 19, losing five times in the process.

They sit 9th in the league table and are one loss away from being booted out of the Champions League.

To make matters worse, they have an injured set of players that can rival their own startling eleven. This set of unfortunate circumstances, however, can be interpreted as a positive. Contrary to almost every manager before him, Xavi can operate with – hopefully – less expectations for immediate results. A relatively pressure-free environment is what Barcelona need at this point.

Looking more-in depth, what challenges might Xavi face with this long-term project?

First and foremost are the Catalans’ squad issues. On the one hand, it’s far too inexperienced. Youngsters like Ansu Fati (19), Pedri (18), Gavi (17), Eric Garcia (20), Nico Gonzalez (19), and Ronald Araujo (22) are full of potential but not yet ready to compete with Europe’s best.

That time will come years down the line. On the other hand, ageing stars like Sergio Busquets (33), Jordi Alba (32), and Gerard Pique (34) are now a step too slow and require plenty of support from their teammates that can’t yet supply it.

When Xavi takes charge of his first match, he will have to find the right balance between these two extremes. On the plus side, with each passing match, the youngsters will gain experience. Additionally, with the diminished expectations, they will have an environment to foster growth and trust.

Elsewhere, Xavi will have to cope with Barcelona’s flailing finances. He will not get the financial freedom that other long-term project managers have had; no (immediate) opportunity to buy an Allison Becker or Virgil Van Dijk like Klopp, or a Raphael Varane or Cristiano Ronaldo like Solskjaer.

That will, of course, make things more difficult in the short term, especially if the current injury crisis continues. But, it will also force Barcelona to be more cautious and calculated in the market, which can be better in the long-term. Ill-planned signings like that of Philippe Coutinho or Antoine Griezmann will be in the rearview mirror.

Luckily for Xavi, with plenty of time comes plenty of opportunities to slip up, make mistakes, and most importantly, learn from them.

He will have the freedom to tinker with different lineups, rotations, and tactical set-ups. He can also instil tactical discipline to a variety of youngsters in need of orchestration. Furthermore, he can fix some of the team’s long-term issues, particularly the fitness concerns, which can only improve with ongoing practice.

In all, Xavi will have a group of players to mould and call his own.

With this long-term project, how should we project Xavi’s seasons? What trajectory might his managerial career follow? Assuming things go relatively well and as planned, he will at least see out his contract until the end of the 2023-24 season.

In 2021-22, Barcelona need to secure European football for next season. That requires a top-four finish or lifting the Champions League or the Europa League.

A top-four finish should be attainable given the parity shown in La Liga thus far, but they have to start winning points as soon as possible. A deep run in the Copa del Rey should be targeted as well, along with potentially winning the Spanish Supercup.

In terms of performances, culés won’t be expecting 5-0 wins week in and week out, rather consistency and a clear tactical philosophy that players are following and executing.

In the summer, Barcelona will likely make a series of transfers to further clear up salary space (Antoine Griezmann’s departure, amongst others, ideally) and bring in reinforcements.

Consequently, in 2022-23, Xavi should target a quarter-finals appearance in the Champions League, a top-two finish in La Liga, and a Copa del Rey victory. That may seem a ways away from now, but the Catalans can not afford another trophy-less campaign.

In 2023-24, Barcelona should have re-established themselves in Europe. They should hopefully be on track to win La Liga, or at least challenge for the title, be a threatening side in the Champions League and win both domestic cups.

While these projections may be reaching for the stars, landing on the moon isn’t half-bad.

As Xavi takes control of his first training session on Tuesday, thus begins a new era for Barcelona. Fans have heard this rhetoric before, such as after the 8-2 loss to Bayern Munich or when Joan Laporta was elected, but now there is a long-term plan in place to restore the club. At this point, there’s nothing left to lose for Barcelona and all to gain.