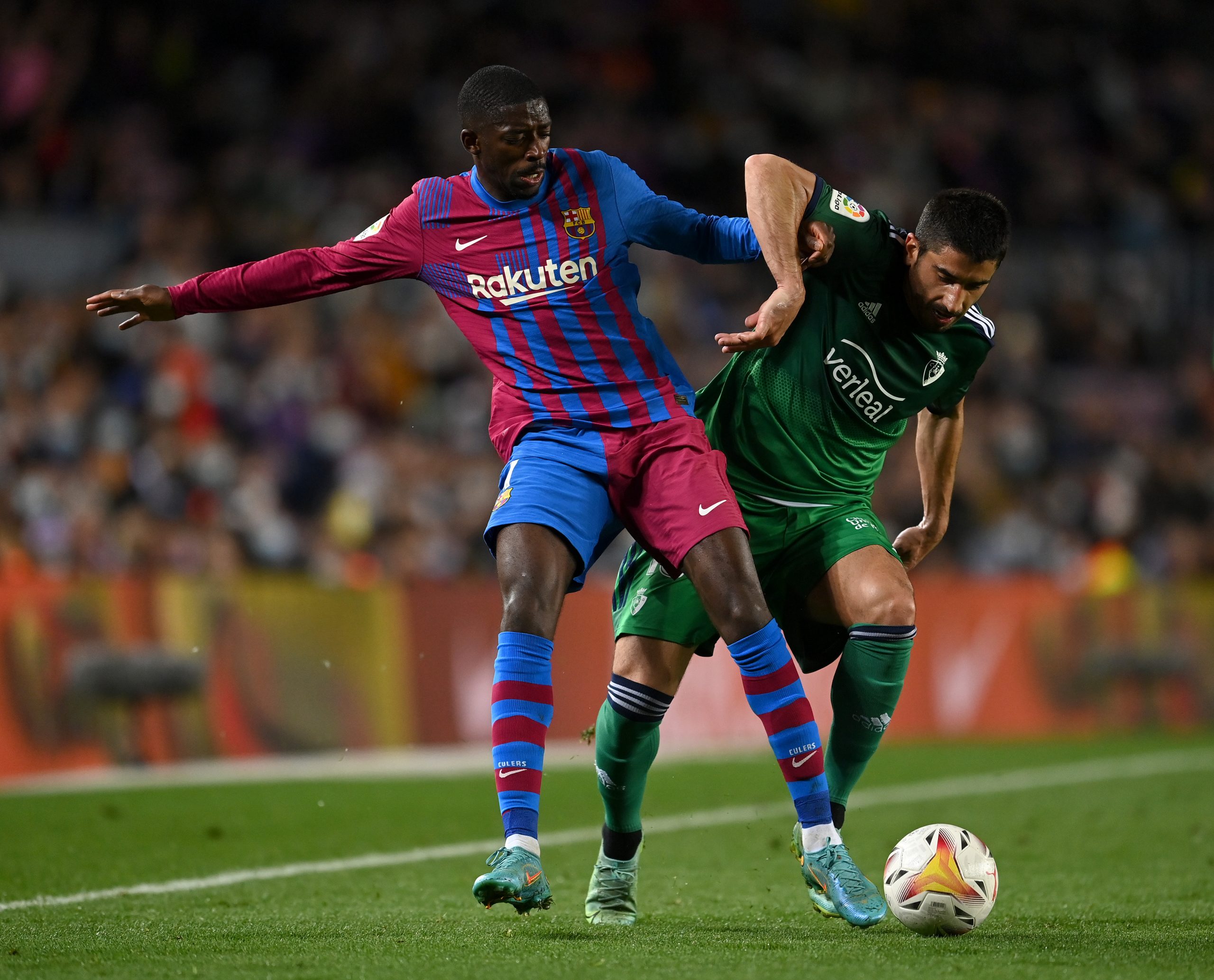 Back when Xavi decided to underpin Ousmane Dembele despite his troublesome contractual situation, several Barcelona fans threw constant jeers towards the young Frenchman.

It was just after the 1-1 draw against Napoli in February when Xavi said Dembele will, in fact, turn whistles into applause. Almost a month later, he did so and in some absolute style.

In a recent 4-0 win over Osasuna, the 24-year-old played at the peak of his power, providing two assists in what proved out to be a marvellous outing for the Frenchman.

Those watching the former Dortmund man at Camp Nou couldn’t help but applaud the young winger for his brilliant show.

Xavi, too, spoke about his performance in particular, saying, “People see that Dembele gives his life for Barça. He played a very good game, I already said that he was one more and that there was no more debate.”

The clouds of sheer uncertainty regarding his future still persist, but there was no lack of professionalism as the phantom of Dembele’s presence was threatening the Osasuna defence every time he got on the ball.

Bear in mind it was his defence-splitting pass that led to Ferran Torres scoring the opener. What followed next was another stroke of absolute genius.

Sending an inviting ball from the right-hand side after a masterly one-on-one, Dembele got his second assist in the first-half itself, with Pierre-Emerick Aubameyang converting from close range.

It hasn’t been much longer since he became a target of personal ridicule. But since that incident against Napoli at home, Dembele has gone on to provide five assists in six outings, forcing the Barcelona faithful to turn the whistles into applause after all.

Dembele was in a difficult situation back in January. The winger was asked to leave immediately as Barcelona looked to free up some space in their already loaded wage bill.

But despite refusing to do so, Xavi has treated him like any other player in the roster and judging by the look of things, he will, in fact, continue to do so at least until the end of the season.