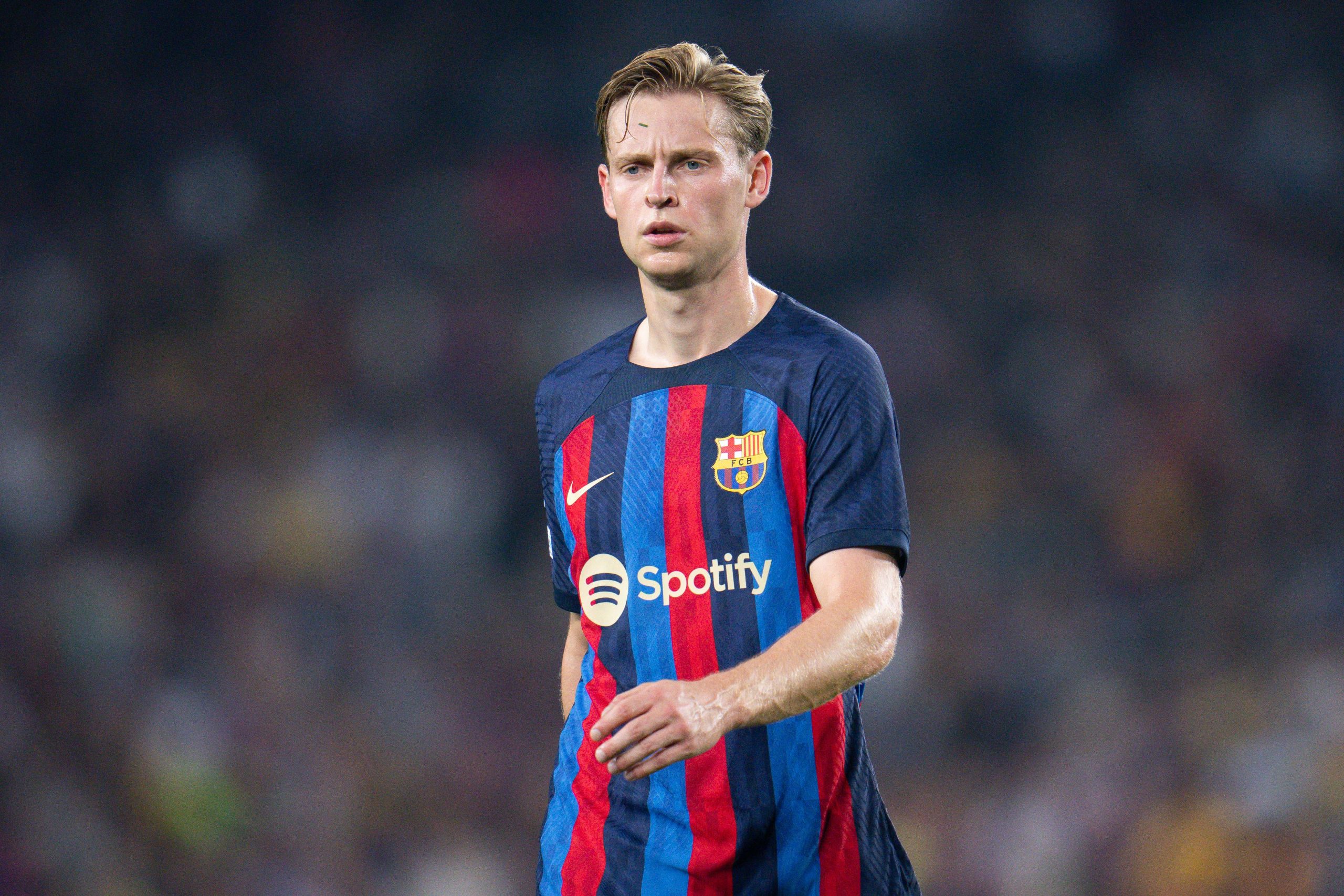 There is a lot of uncertainty surrounding the future of Barcelona’s defensive midfield position, especially with Sergio Busquets nearing the end of his career.

The veteran midfielder’s current deal expires at the end of the season, with many expecting the player to depart Camp Nou. The uncertainty over his future has compelled Barcelona to look for options in the transfer market.

The club have been linked with a move for the likes of Ruben Neves and Martin Zubimendi, in their quest to find a long-term replacement for Busquets.

However, according to a report from Mundo Deportivo, Xavi has been left impressed with the performances of Frenkie de Jong. The Dutchman has performed consistently in recent months, with the Barcelona coach considering him as the ideal replacement for Busquets.

This comes as a major shift in de Jong’s fortunes, as the former Ajax starlet was linked with a move to Manchester United in the summer. The club were keen on sanctioning the sale of the midfielder.

However, with a series of consistent performances in the middle of the park, Xavi is now increasingly dependent on de Jong. He has been left impressed by the player’s determination and commitment to the club.

Xavi had initially considered de Jong as more of an interior midfielder. However, following his performances, the Barcelona coach is assured of the Dutchman’s defensive qualities. He considers him not only the replacement for Busquets but also an option at center-back if required.

De Jong’s rapid turnaround of fortunes has been one of the bright sparks for Barcelona this season. However, whether or not it will be enough to guarantee his future at Camp Nou remains to be seen.