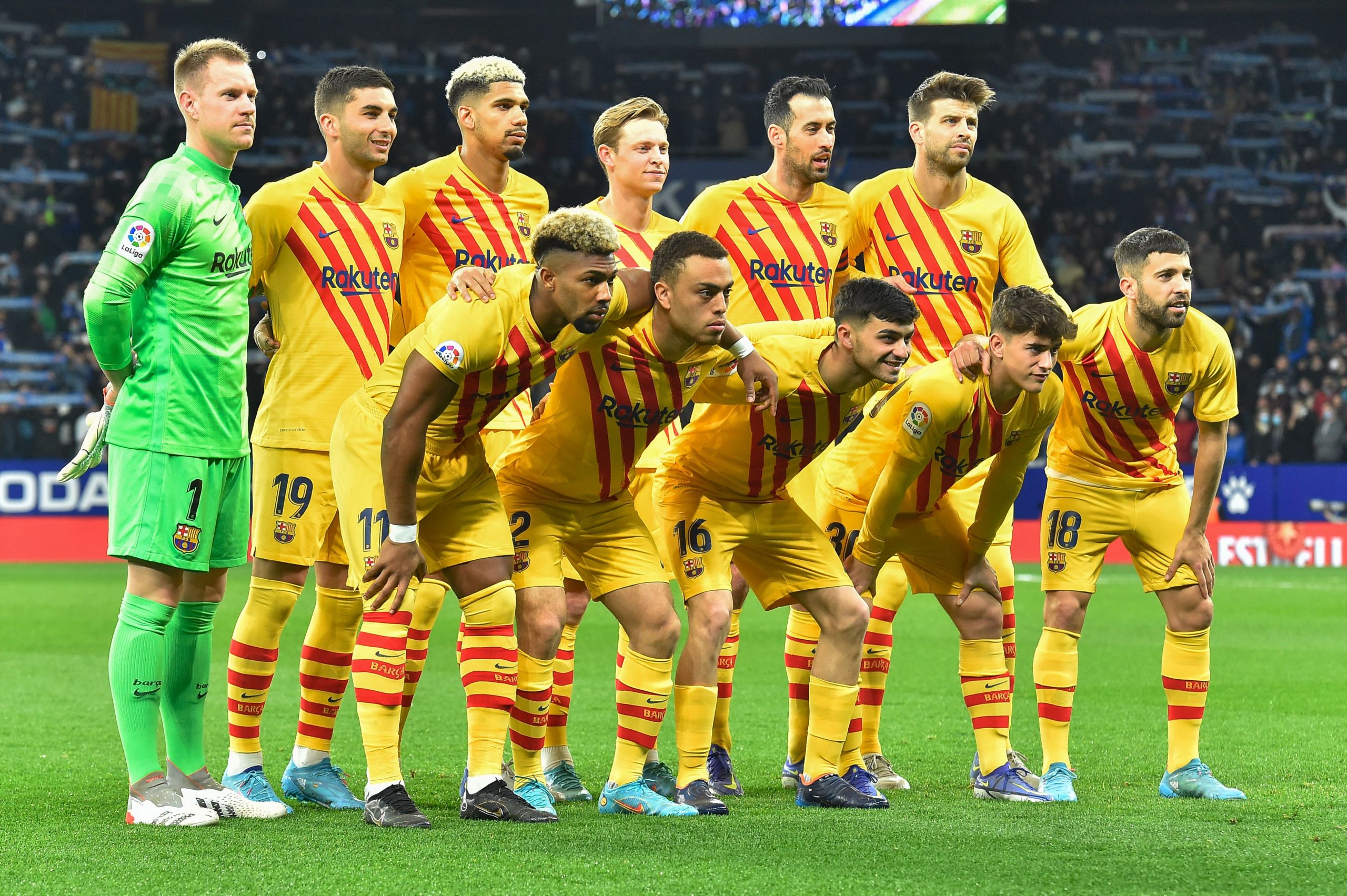 Barcelona are set to take on Real Madrid later this evening, hoping to seal a win that could grant them a ticket to the last podium of La Liga.

Carlo Ancelotti’s men beat them 1-2 at the Camp Nou, meaning the Catalans need to showcase more creativity upfront, as they look to break the shackles of the Real Madrid defence.

However, after the daunting challenge against Galatasaray, coach Xavi Hernandez will be dealt with a massive selection dilemma heading into this affair.

Xavi is already expected to make a forced change, with Dani Alves expected to replace the injured Sergino Dest. Gerard Pique had picked up a knock against Galatasaray as well, but the veteran remains a favourite to start here.

From a tactical perspective, though, Xavi could consider making a few adjustments from the team that started against Galatasaray and Osasuna. One of the players in contention for a start is Frenkie de Jong, who will start over Gavi.

The Dutchman was rested completely vs Osasuna and played just 68 minutes vs Gala. He could be in line to partner Pedri and Sergio Busquets in the Barcelona midfield. FDJ has improved his game considerably in recent months, showcasing his ability to control games while offering impressive movements going forward.

Not to mention, de Jong has more experience at the highest level of football, which could come in handy as Barça look to overcome the Real Madrid’s mid-block.

One other tactical rotation could see Adama Traore making way for Ousmane Dembele.

While Pierre-Emerick Aubameyang and Ferran Torres remain guaranteed starters in the Barca front three, the right-wing position is a complete toss-up between Dembele and Adama.

Dembele is the clear favourite, having turned the whistles into applause with his formidable performances in recent weeks. He was one of the best performers in the win over Osasuna, notably bagging two assists in the resounding 4-0 victory.

As such, there is no case for Adama to be given the nod despite the unique combination of pace and strength he brings to the table. Galatasaray didn’t have too many issues dealing with Adama over both legs, and once closed down on the wing, there is not a lot he offers in possession.

As such, we expect him to be benched in favour of Dembele tonight, who is not only inarguably the most creative presence in Barcelona’s attack, but a multi-dimensional footballer.