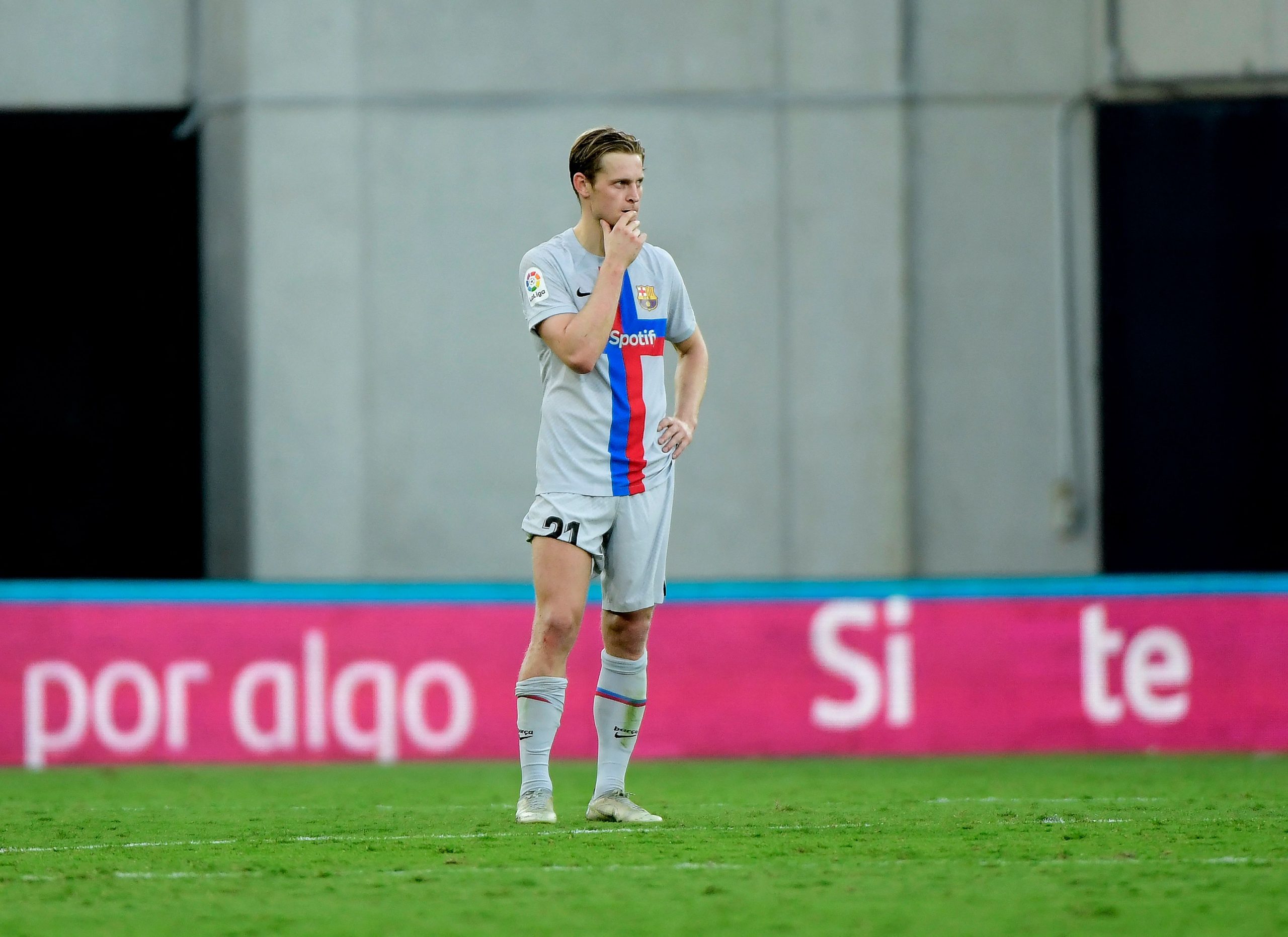 The past couple of weeks have been hard for Barcelona in terms of the injuries that they have had to deal with. The defensive department has been the worst affected as Hector Bellerin, Ronald Araujo, Jules Kounde and more recently, Andreas Christensen, have all been sidelined.

It has given manager Xavi Hernandez a big headache, especially with a crucial run of fixtures coming up as they face Celta Vigo, Inter Milan and Real Madrid in the next ten days.

As things stand, Xavi has just two senior centre-back options in the form of Eric Garcia and Gerard Pique. The former has been one of Barça’s top performers this season while the latter had hardly featured regularly up until last week, but is now back in the reckoning.

The Barcelona manager had called up reserve team defender Alpha Dionkou to first-team training on Wednesday.

But, according to Mundo Deportivo, Xavi could rely on superstar midfielder Frenkie de Jong as a potential option at centre-back in the coming matches amidst the ongoing injury crisis in the defensive contingent.

De Jong himself had picked up an injury during the international break. However, the Catalans have been offered some reprieve as the Netherlands ace was spotted in team training on Wednesday, indicating that he is close to returning to action.

The 25-year-old has been used as an interior midfielder or even as a pivot by Xavi this season when he has wanted to rest Sergio Busquets. And the Dutchman has done well whenever called upon, even though he is no longer a guaranteed starter.

And, now, he could be asked to fulfil duties as a centre-back by the manager, as per the report. The position is not entirely new for de Jong, as he played at the back under former manager Ronald Koeman a fair few times.

Furthermore, Xavi also used him as a centre-half during the pre-season tour of the United States earlier this summer in several games. And, the ex-Ajax ace could again be deployed in the backline by the Barcelona boss should the need arise.