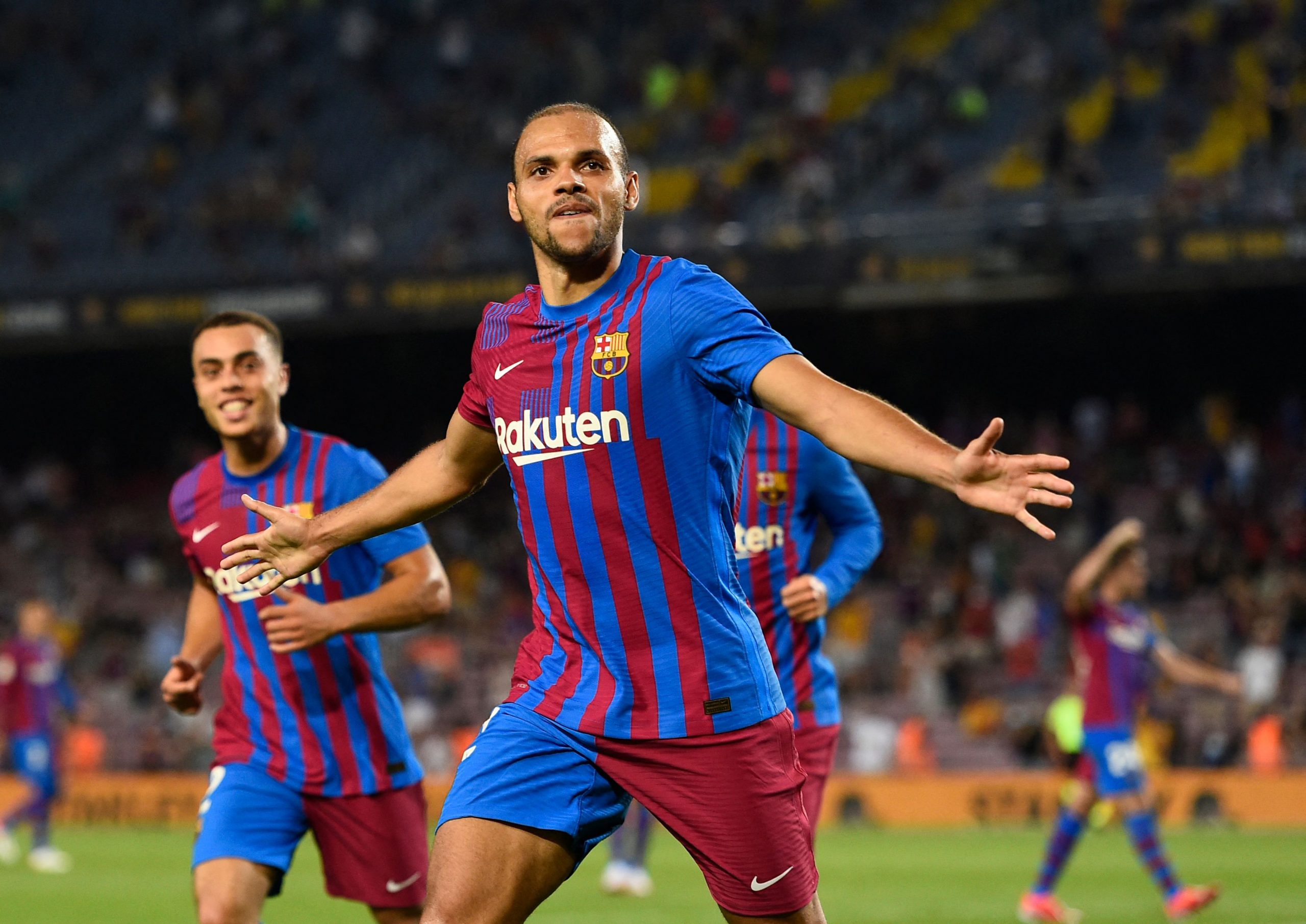 Martin Braithwaite has had an interesting career at Barcelona so far.

The Danish forward arrived in February 2020 as an emergency signing after the Catalans had been hit with injuries. While his signing has been questioned at every step, the 30-year-old has shown desire and commitment along the way.

To date, Braithwaite has featured 56 times for the Blaugrana, scoring ten goals and setting up five more. He had started the new season on a strong note as well, scoring twice in three games before a knee injury sidelined him in September last year.

The former Leganes forward is yet to return to action but is expected to make his comeback soon, having recently returned to training.

And, the 30-year-old is gearing up for his comeback by putting in the hard work in his rehab. On New Year’s Eve, Braithwaite posted a clip on social media in which he looked absolutely jacked as he was preparing for a workout.

In the clip, the Danish international said: “While you prepare for Christmas eve, I am out here owning my workout, like I am going to own 2022. And tomorrow when you are waking up with hangovers, I am having my first workout.”

No days off for Martin Braithwaite. Mentality. pic.twitter.com/QaRXyydm07

The impending return of Braithwaite certainly bodes well for Barcelona amidst the injury and coronavirus issues that have blighted preparations of late.

Apart from the 30-year-old forward, the Catalans could also be set to welcome back Ansu Fati, Memphis Depay and Pedri from their injury layoffs. Dani Alves and Jordi Alba are also set to be available after having tested negative for coronavirus.