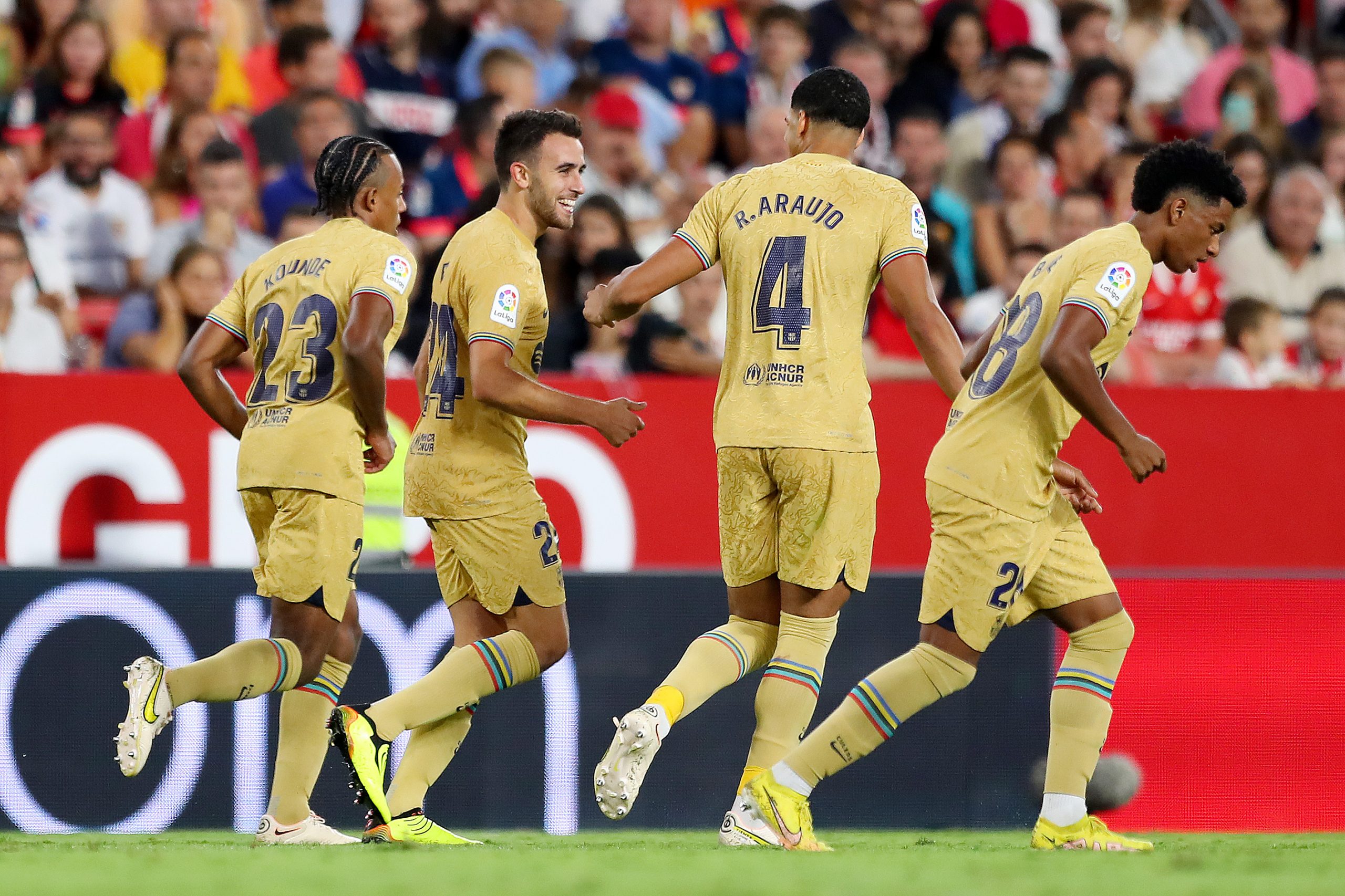 Despite acquiring several new assets this summer, Xavi has not taken an awful lot of time before deciding on the nailed-on starters. Courageously enough, he has benched the likes of Gerard Pique, Jordi Alba, and Frenkie de Jong, replacing them with fresh cogs.

The front three, on most occasions, features Raphinha as the right-winger, Ousmane Dembele on the left, and Robert Lewandowski through the centre.

Ansu Fati is an option to replace Raphinha as an additional goal threat, but it is evident that the Spaniard is still reeling in from his multiple long-term injuries.

The midfield looks largely set, too. Pedri is quite literally Barcelona’s heartbeat and takes up one of the spots as the interiors. Sergio Busquets is often in his aid as the defensive midfielder. The third spot in the team is debated, but at the moment, Gavi looks like the first choice for Xavi.

Franck Kessie has had to take a backseat despite being a one-of-one profile at Barcelona, with de Jong preferred as the first reserve option.

Things do, however, get tricky in defence. Reports have suggested that Xavi is still unsure about his back four. The late additions of Hector Bellerin and Marcos Alonso make matters further confusing.

As such, Barça Universal takes a shot at trying to figure out Barcelona’s ideal defensive line for the 2022/23 season.

Barcelona have a flurry of options for the right side of their defence, in multiple profiles, too. Bellerin is an orthodox, pacy right-back who can easily shuffle up-and-down the pitch. He has a rather impressive whip on him, too, but is far from the best candidate in tight spaces.

Sergi Roberto offers something different from his compatriot. Thanks to his years of experience playing in midfield, he can easily invert in and out of possession to form a double pivot with Busquets.

He is perhaps a bit slow to play as a right-back, but is extremely composed on the ball and should be given the nod ahead of everyone else if Xavi wants an extra midfielder in the XI.

Our pick, however, is Jules Kounde. The Frenchman is the archetypal modern-day centre-back. Comfortable in possession, quick off it, can pick out attackers on a whim, and an absolute wall in defence.

Kounde hates playing as a right-back, though. Unfortunately, until Barcelona can figure out who will take that mantle in the long-term, the ex-Sevilla man will have to make do.

Right off the bat, there is no replacing Ronald Araujo. The Uruguayan is a man mountain and by far Barça’s best defender. There are some question marks over his progression with the ball, but he is erasing them with each passing game.

Gerard Pique has been stifled to a fifth-choice role, and therefore, we are left with Eric Garcia and Andreas Christensen. Profile-wise, there is not an awful lot between the two; both are excellent passers and good defenders.

Garcia has been in immaculate form this season, but the clash against Bayern Munich proved that Christensen can easily mirror the Spanish international’s ability. He is probably more composed off the ball, and better in the air, too.

That said, Christensen is still adjusting to life at Barcelona, and on form alone, Garcia is undroppable. Not to mention, his ability in possession does edge the Dane.

Xavi has the choice of three Spanish left-backs in the team, with all of whom adding something slightly different.

Alonso looked admittedly solid against Bayern in defence, but his history of error-proneness and inability to track runners – largely due to his speed, or the lack thereof, is concerning.

In a very unique way, he is a box-crashing full-back, an excellent finisher, and also boasts of a cracking curl.

Alba’s offensive output has been one of the best in the world for several years now, but the lack of defensive intensity is evidently a problem for Xavi.

That is why, our pick has to be Alejandro Balde. The teenager is arguably the quickest player at Barça, a willing defender, and surprisingly strong, too.

At 18, he is far from the polished product, though; best exemplified by his poor final ball and offensive prowess. The onus is on Xavi to utilise him correctly, and constantly. If he does, there are little to no doubts he can reach his very high ceiling.