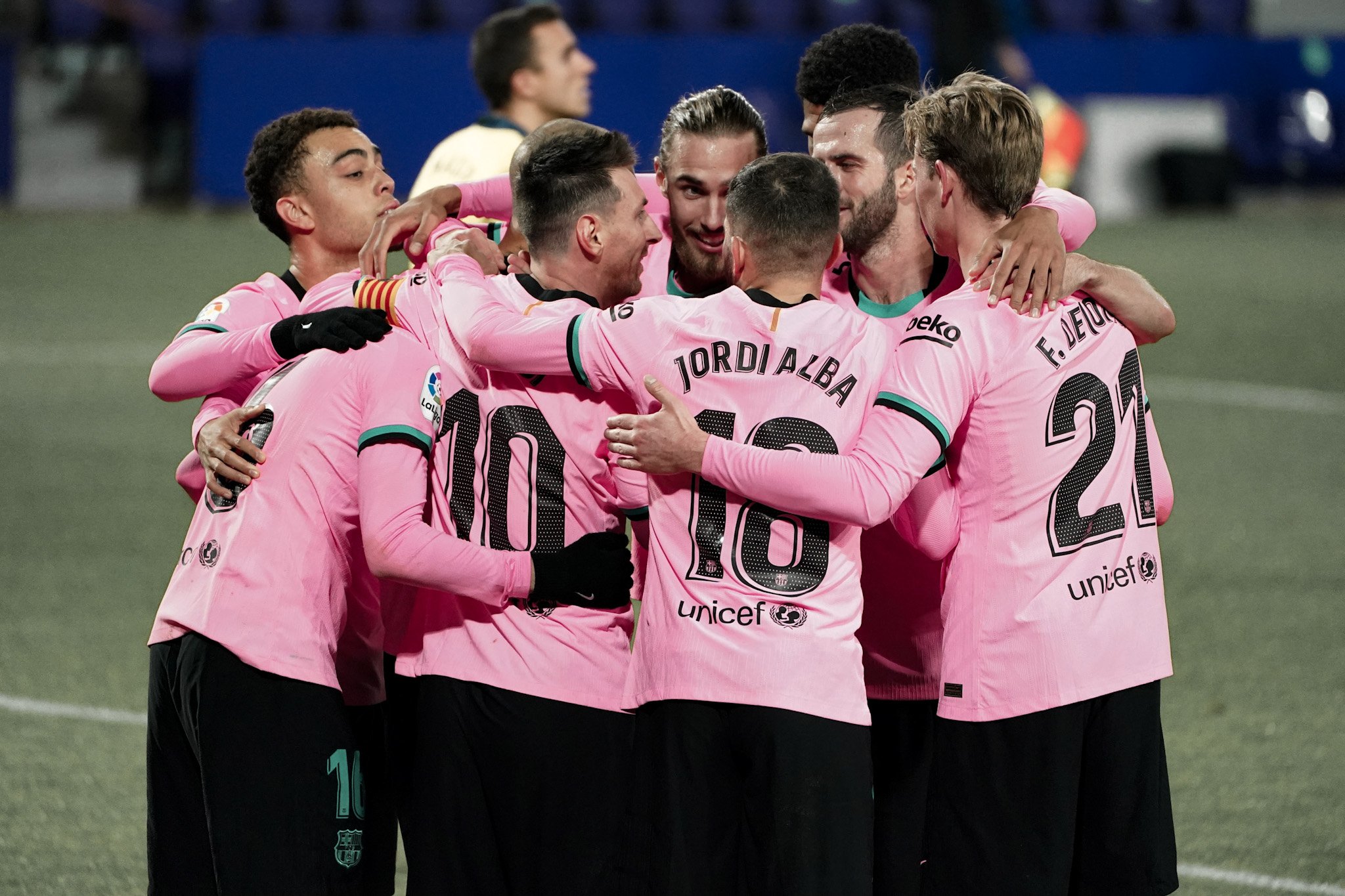 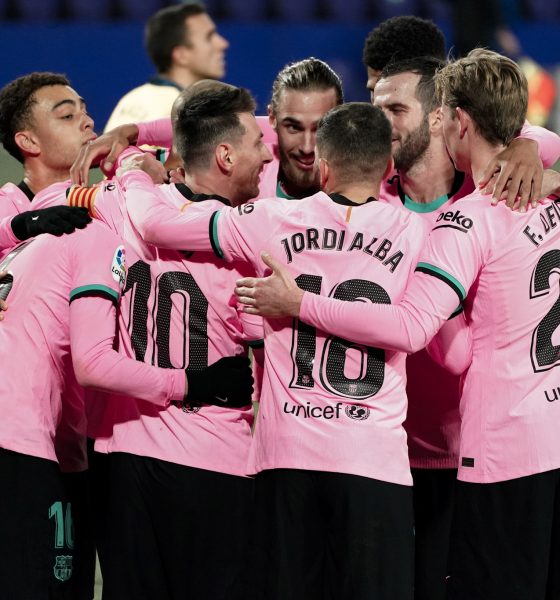 Barcelona pick up their first win away from home in La Liga since the start of October as we defeat Real Valladolid by three goals to nil at the Estadio José Zorrilla. Koeman elected to change shape for this one, which Barça certainly profited from, with those coming into the line-up such as Miralem Pjanić, performing very well.

Barcelona scored early on in the first half, which certainly helped calm nerves and control the game, as Clément Lenglet powered in Lionel Messi’s cross from close range. Barça soon added to their lead, as Martin Braithwaite finished off a wonderful move, with Lionel Messi and Sergiño Dest at the heart of it. And it was Messi himself who made it three in the second half, once more linking up in fantastic fashion with youngster Pedri.

Overall, Ronald Koeman will be very pleased with what he saw from his side tonight, picking up a crucial three points on the road; but must now learn from what he saw out there, and continue to play those who merit starting spots.