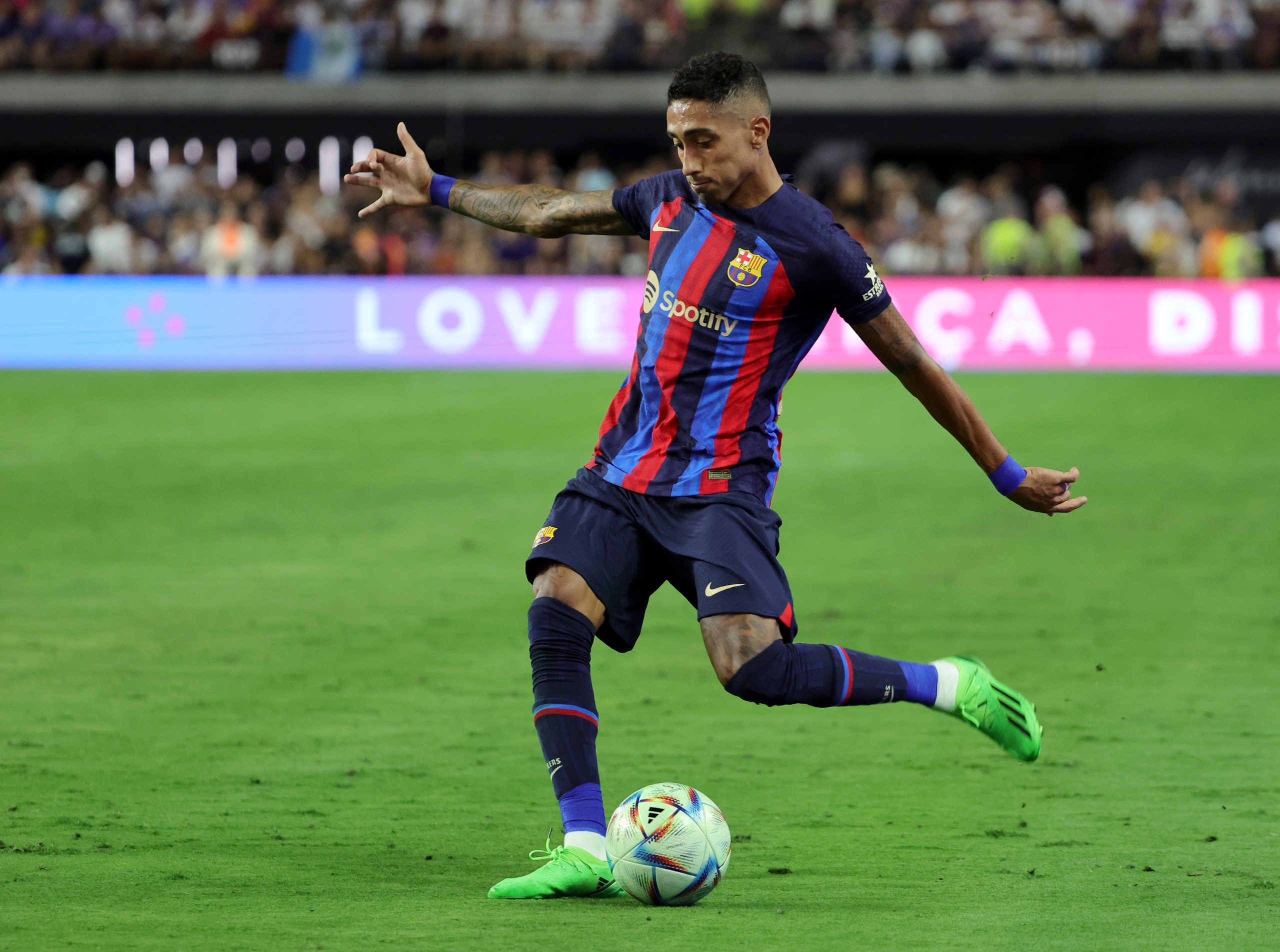 Barcelona’s third pre-season friendly on their US tour against Juventus ended in a 2-2 draw at the Cotton Bowl Stadium in Dallas.

A brace from Ousmane Dembele was cancelled out by a double from Moise Kean, with Barça failing to win for the first time on the tour, after having beaten Inter Miami and arch-rivals Real Madrid.

However, Barça could have emerged victorious from this contest as well, if not for the woodwork. With the scoreline at 2-2, the Blaugrana were presented with a chance in the 68th minute from a free-kick just outside the box.

New signing Raphinha, who cannot seem to do anything wrong at the moment, stepped up to take it and unleashed a stunning hit with his left foot which had the Juve goalkeeper beat, only to see his effort bounce off of the upright.

Barça managed to keep the ball in play from the move and worked it out on the left flank to Ansu Fati, who then sent in a curving and looping effort with his right foot. The ball looked destined for the top corner, but to the disappointment of the fans, ended up hitting the upright, just like Raphinha’s strike.

Just like that in a matter of seconds, Barcelona had come agonisingly close to finding the back of the net only to be denied by the woodwork, which eventually meant the game ended in a draw.