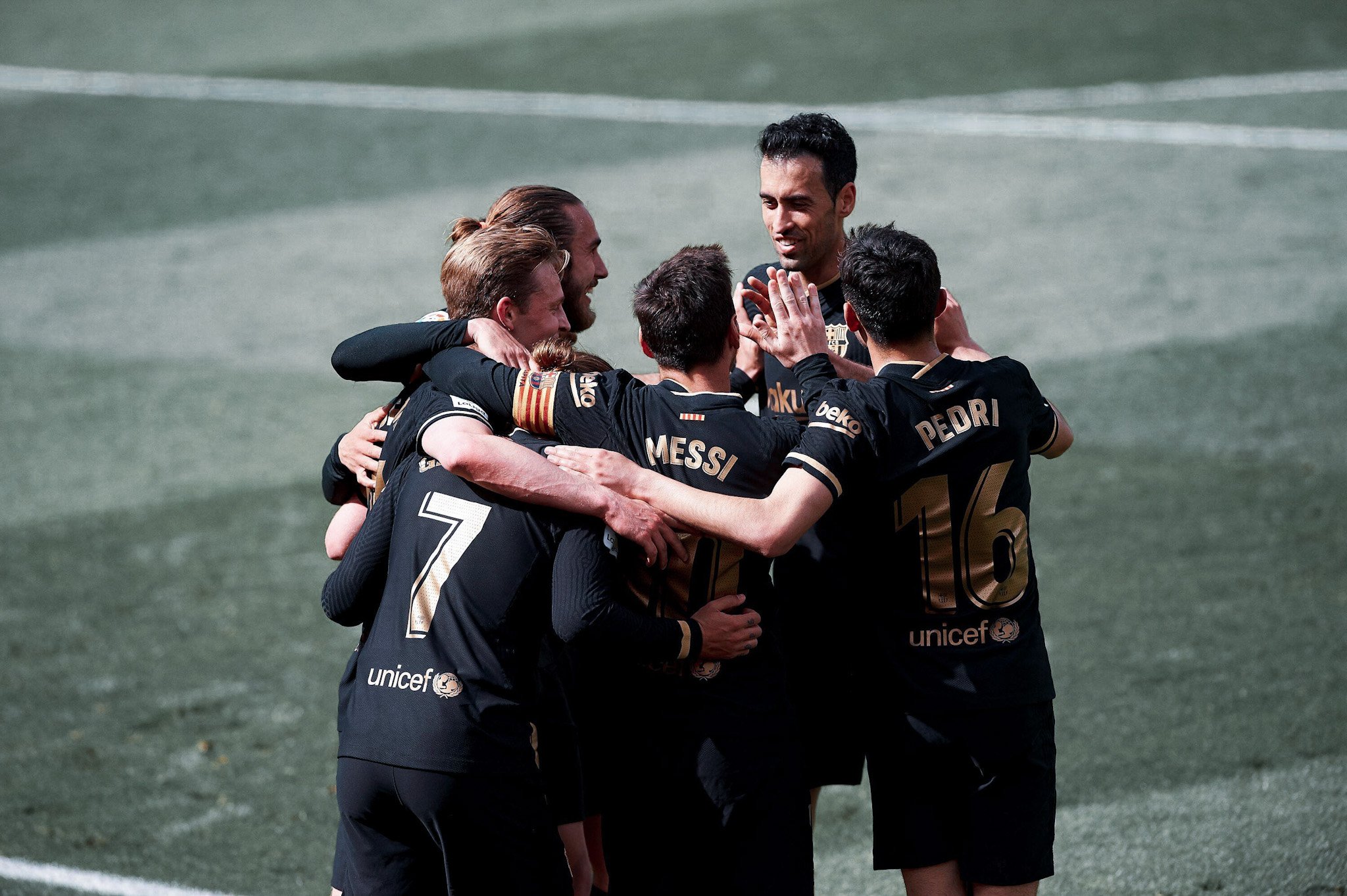 After winning against Getafe in midweek, Barcelona had to keep going as Real Madrid drew with Real Betis on Saturday.

At La Ceramica, Barcelona understood what they had to do and completely dominated a very competent Villarreal side. The Yellow Submarine was a tenacious side with a suffocating pressing, but they were no match for Lionel Messi’s teammates.

After a lapse of concentration which helped the locals to open the scoring, Antoine Griezmann took it upon himself to put his side in the lead. The Frenchman had another great game against Unai Emery’s men and kickstarted the comeback for his team to be in front at half-time.

Overall, Ronald Koeman’s men can be proud of their performance. In a problematic venue, they managed to stay cool, calm, and collected when they could have crumbled.

In contrast, the second half was different. Villarreal looked better than their opponents and applied way more pressure with the ball.

However, the Blaugrana defence kept it together as Gerard Moreno’s teammates could not create many opportunities. Only Étienne Capoue bothered Marc-André Ter Stegen, and Villarreal did not overly dominate Barcelona.

Ilaix Moriba changed the course of the second half by getting in the correct positions. The youngster helped his team to get back into the rhythm.

Overall, Barça can be happy with their first-half display, but they must be wary for future games. The show they offered after coming back from the dressing room was unacceptable, and they know they have to improve.

16′ Barcelona play some slick one-touch football near Villarreal’s area. The visitors managed to get the ball through to Jordi Alba in the box, who crosses it again towards de Jong. Sergio Asenjo denies the midfielder from close range to keep his sheets clean.

28′ GOAL! Villarreal 1-1 Barcelona: Straight from kick-off Oscar Mingueza finds Griezmann behind the defence, and the Frenchman lobs Asenjo to equalise right after the opener.

35′ GOAL! Villarreal 1-2 Barcelona: Barcelona are still dominating, and their relentless pressing forces Juan Foyth to pass it back to Asenjo. The Argentine’s pass is too weak, and Griezmann pounces on the occasion to score his second goal.

65′ RED CARD! Manu Trigueros makes a lousy touch, and Messi tries to get the ball back. The midfielder’s tackle is harsh and hits the Argentine forward. The referee shows a red card and sends Trigueros off.