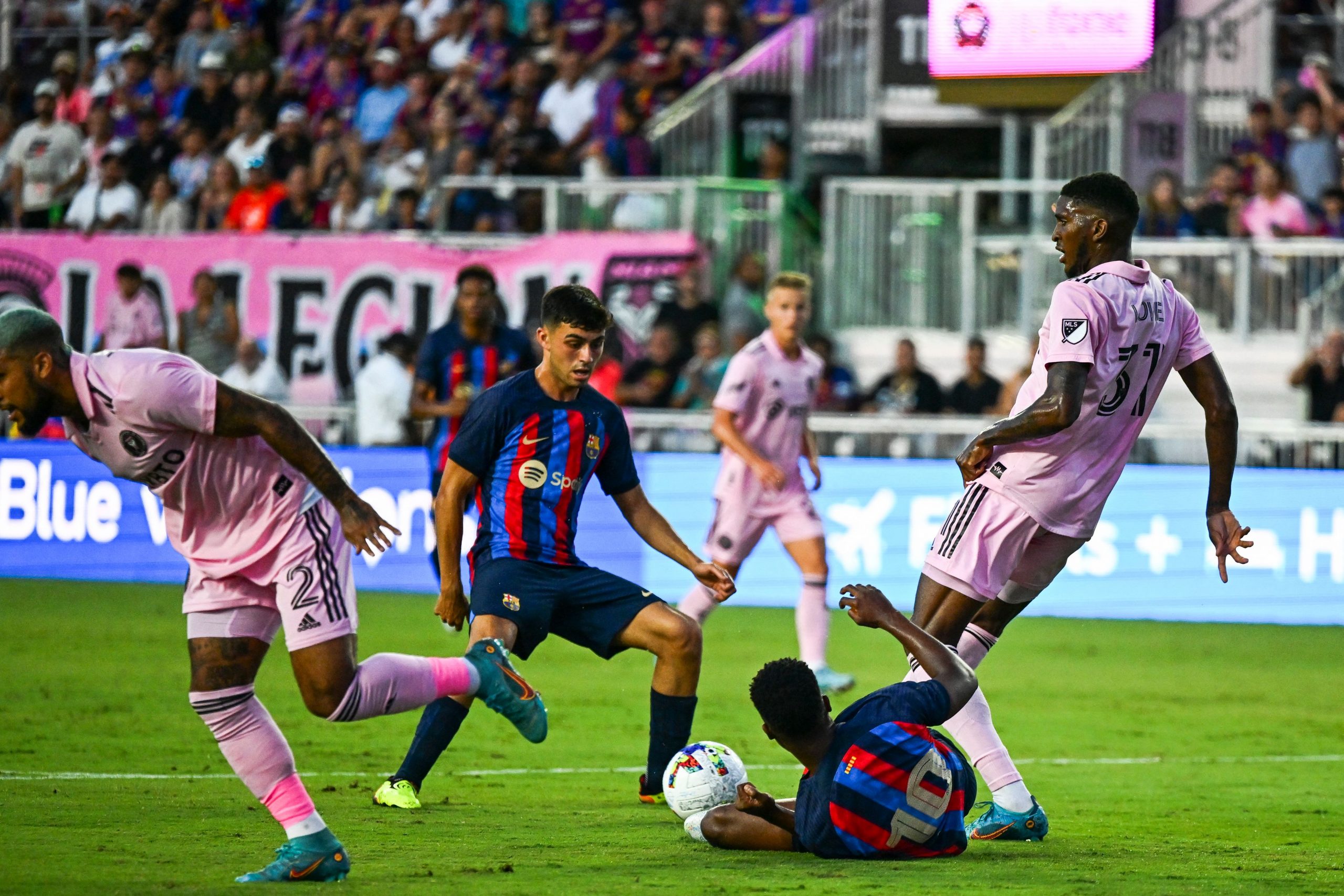 Barcelona continued their impressive pre-season campaign with a welcome victory over Real Madrid in the pre-season El Clasico on Sunday in Las Vegas.

The Catalans secured a 1-0 victory, with Raphinha’s only proving to be the main difference between the two sides.

However, it was Pedri who stole the show, producing an inspired display in the middle of the park. He impressed the onlookers with his technicality, orchestrating the play and creating chances in the final third.

The highlight of his performance saw him nutmeg Aurelien Tchouameni while trying to wriggle his way around a slew of Real Madrid midfielders.

Pedri’s nutmeg was a bad look for the Frenchman, who has been one of the marquee signings for Real Madrid this summer, having joined the club on a big-money move to AS Monaco.

He was welcomed to the big league with a clinical nutmeg that left him helpless. And to put salt into the wounds, Real Madrid eventually lost the tie 1-0, which could do a world of good to Barça’s confidence heading into the new season.

However, the Catalans still have a long way to go and will need to produce yet another top-quality display in the upcoming friendly against Juventus later this month.