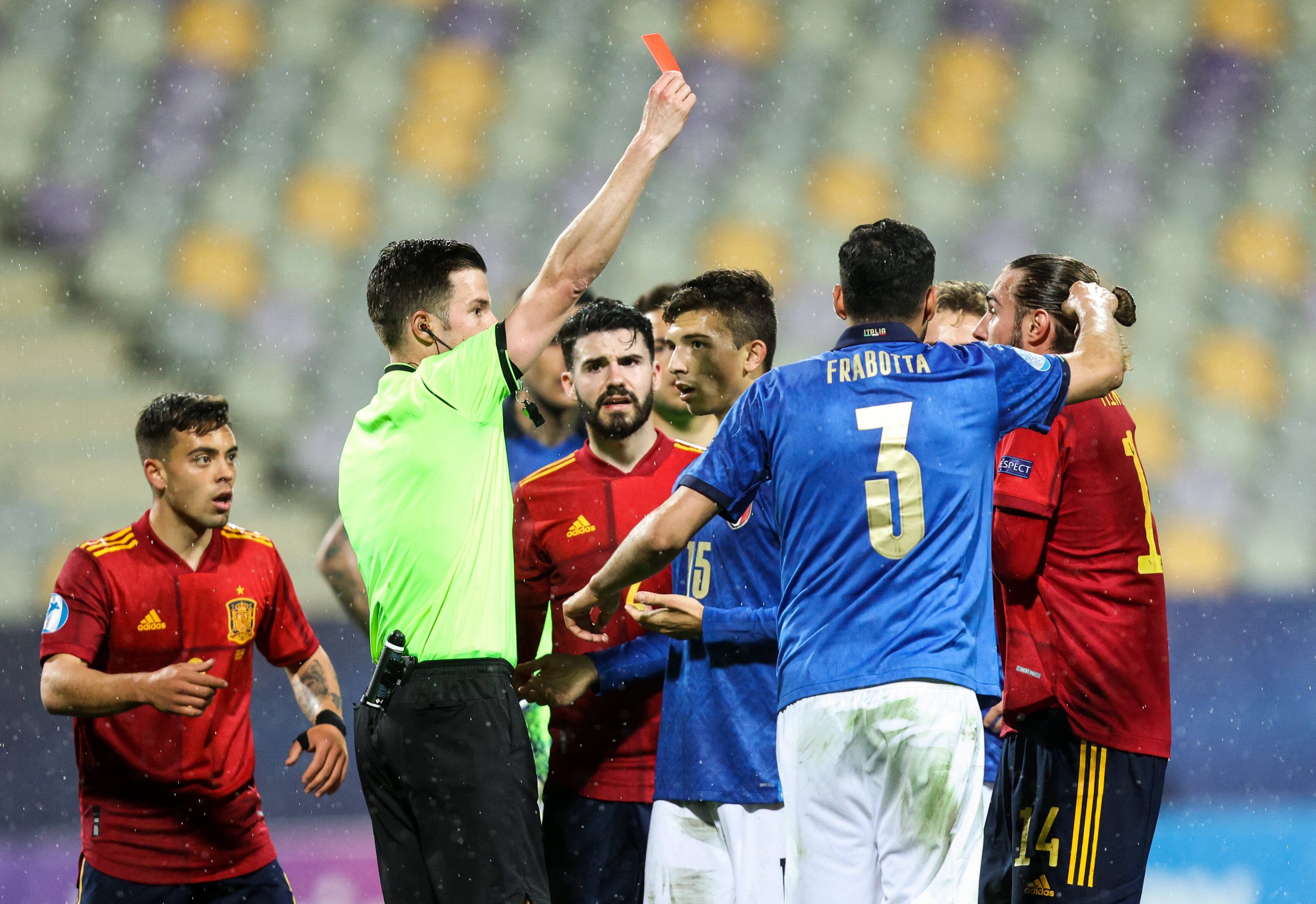 Spain U21’s second group stage match of the U21 Euros against Italy U21 took a very strange turn with three red cards within the space of two minutes. Despite the referee being only a meter away, the referee sent off Barcelona defender Oscar Mingueza for absolutely no reason.

In a rather cagey affair, Italy striker Gianluca Scamacca picked up two rather harsh bookings leading to a sending off. The second yellow seemed to be for waving his arm near Oscar Mingueza, which was penalised in the 86th minute.

The sending off then sparked a small brawl between the Spaniards and Italians which saw Nico Rovella stand up and get aggressively into Mingueza’s face, and then collapse to the ground without any contact whatsoever. Rovella then picked up his second yellow of the game, while Mingueza was astonishingly shown a straight red.

The match ended in a 0-0 draw with Spain having ten and Italy having just nine players left on the field. The stalemate keeps Spain on top of Group B after they won their opener.

However, Oscar Mingueza’s debut for his country definitely did not go according to plan. A very sour incident to mark such an important occasion. Hopefully, though, he will have plenty more opportunities in the latter stages of the tournament to show his ability.