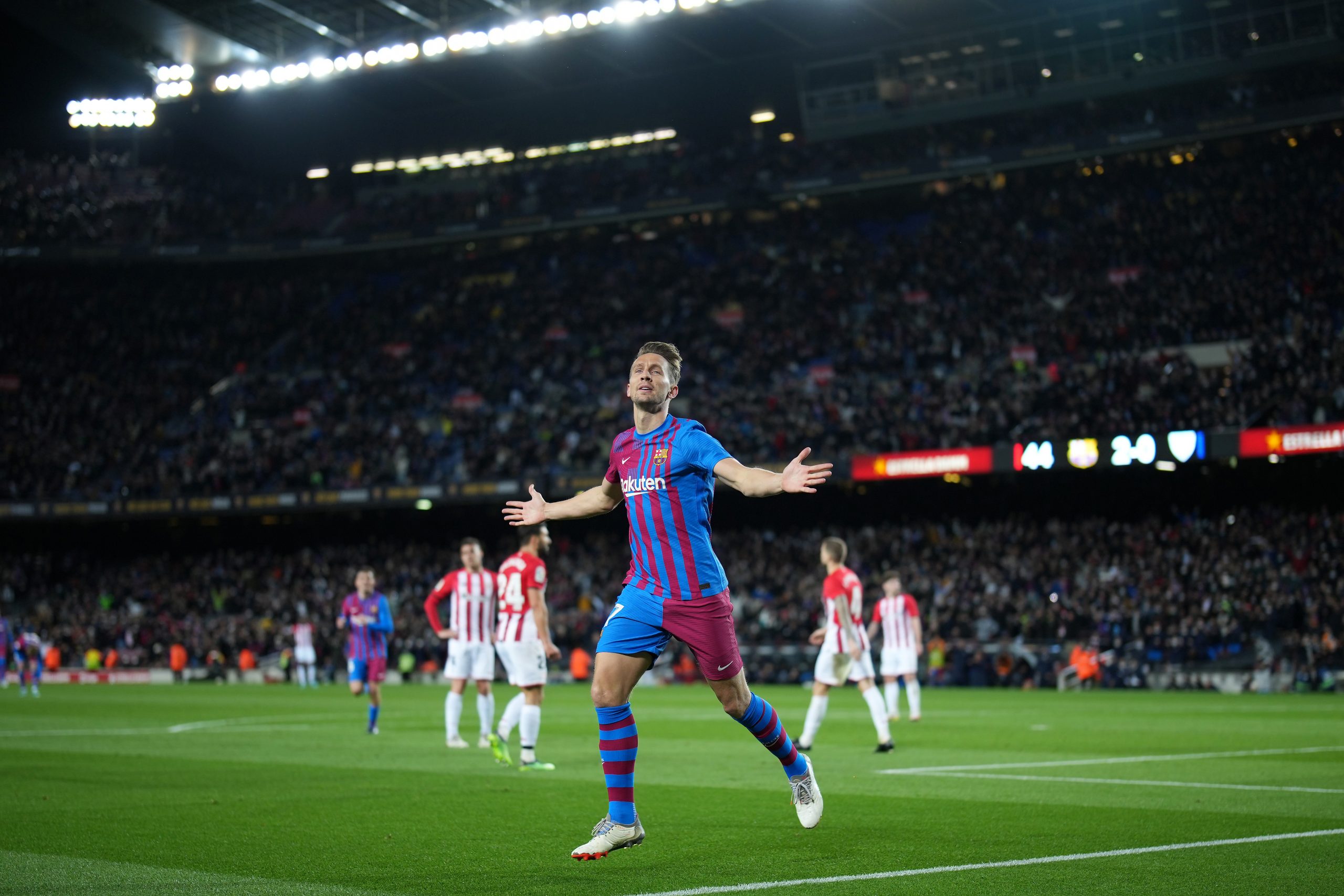 The aftermath of Barcelona’s 0-2 defeat to Villarreal at Camp Nou saw a certain Luuk de Jong getting a memorable farewell from the club’s faithful.

The Dutchman, who failed to get any minutes during the match, came on the field after the full-time whistle to address the home supporters. The 31-year-old received a heartwarming response from the fans, who chanted his name in all the glory.

The Sevilla loanee said his final goodbye to the Barça fans while receiving great affection. As reported earlier, de Jong is one of the two loan players, along with Adama Traore, who are certain to leave at the end of the season.

For the Dutchman, who was signed by Ronald Koeman at the beginning of the season, he will return to Sevilla, but questions continue to persist over his future since he has a valid contract until 2023 and Sevilla have no interest in extending the deal.

And so, his former team, PSV Eindhoven, is said to be working on the transfer.

From Barcelona’s front, de Jong wasn’t the only player who stepped onto the Camp Nou grass for the final time on Sunday. With the transfer window soon approaching, the team needs to make some sales in order to accommodate the new arrivals.

Therefore, as mentioned earlier, the likes of Oscar Mingueza, Samuel Umtiti, Martin Braithwaite and Riqui Puig are most likely to join the de Jong bandwagon.

Doubts regarding Dani Alves’ future also came up, but the defender mentioned that although his preference is to continue, the final decision stands with the team.