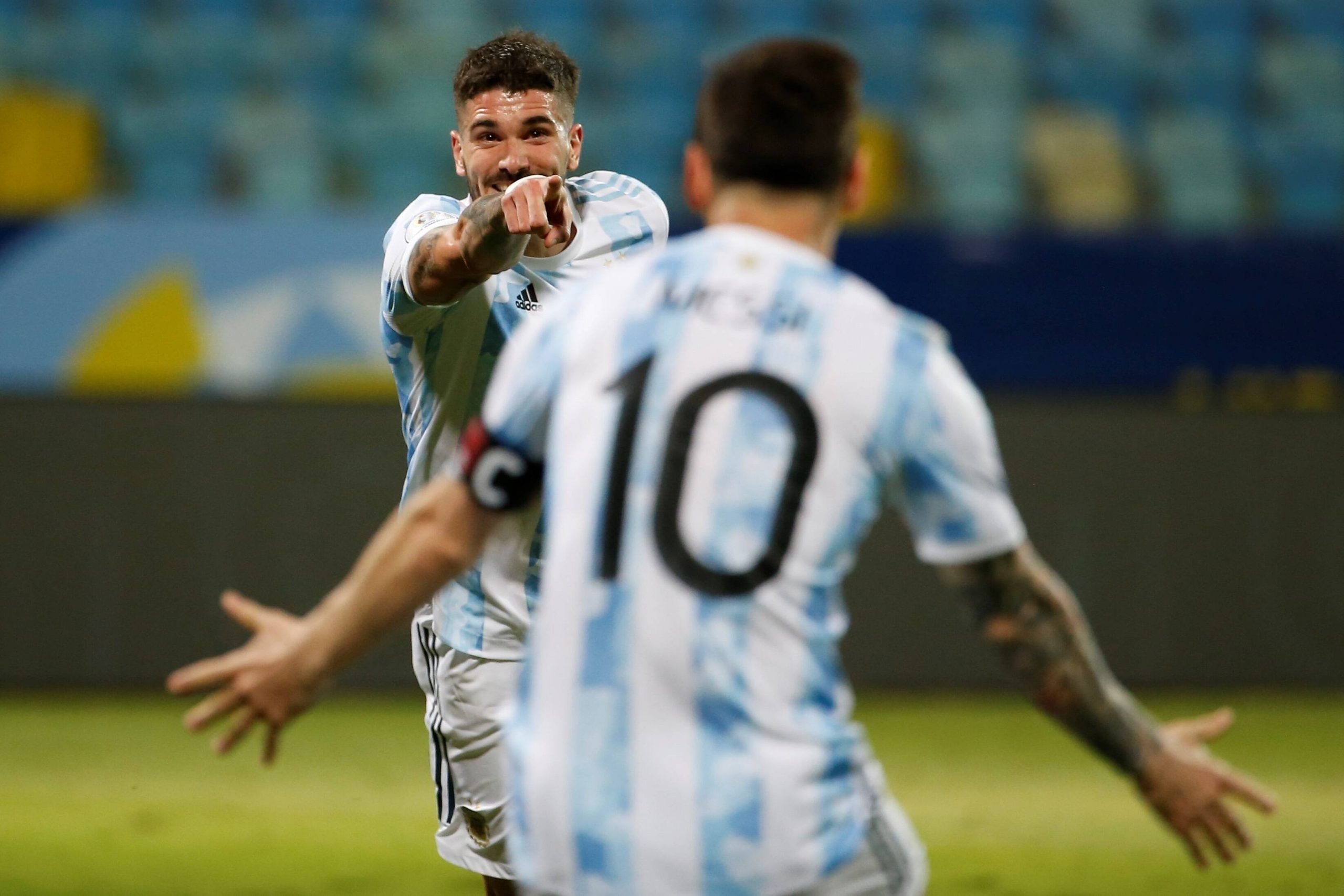 Lionel Messi’s quest for his first major international trophy remains on track as Argentina were able to see through Ecuador in the Quarter finals of the Copa America 2021 with a 3-0 win. The six-time Ballon d’Or winner continued his sensational run in the tournament with a goal and two assists.

While Messi’s involvement in all three goals was superb, his vision to help Argentina open the scoring was absolutely sensational.

On a quick break, the Barcelona forward threaded a brilliant pass to Nico Gonzalez, who was unable to deal with Hernan Galindez but was lucky that the ball fell to Messi, who did not take a single touch before finding Rodrigo de Paul unmarked in the box, fooling all defenders in the process. The Udinese midfielder did not make any mistake and found the side netting with ease as Argentina led 1-0.

With the game stuck at 1-0, Leo assisted Lautaro Martinez with a no-look pass, and buried a stunning free-kick in the last minute to end any and all proceedings for the night.

Argentina now face Columbia in the semi-finals of the tournament, who were able to see off Luis Suarez’s Uruguay on penalties in the quarters. Meanwhile, Neymar and co. face Peru in the semi finals, making the stage well set for a Superclasico finals.