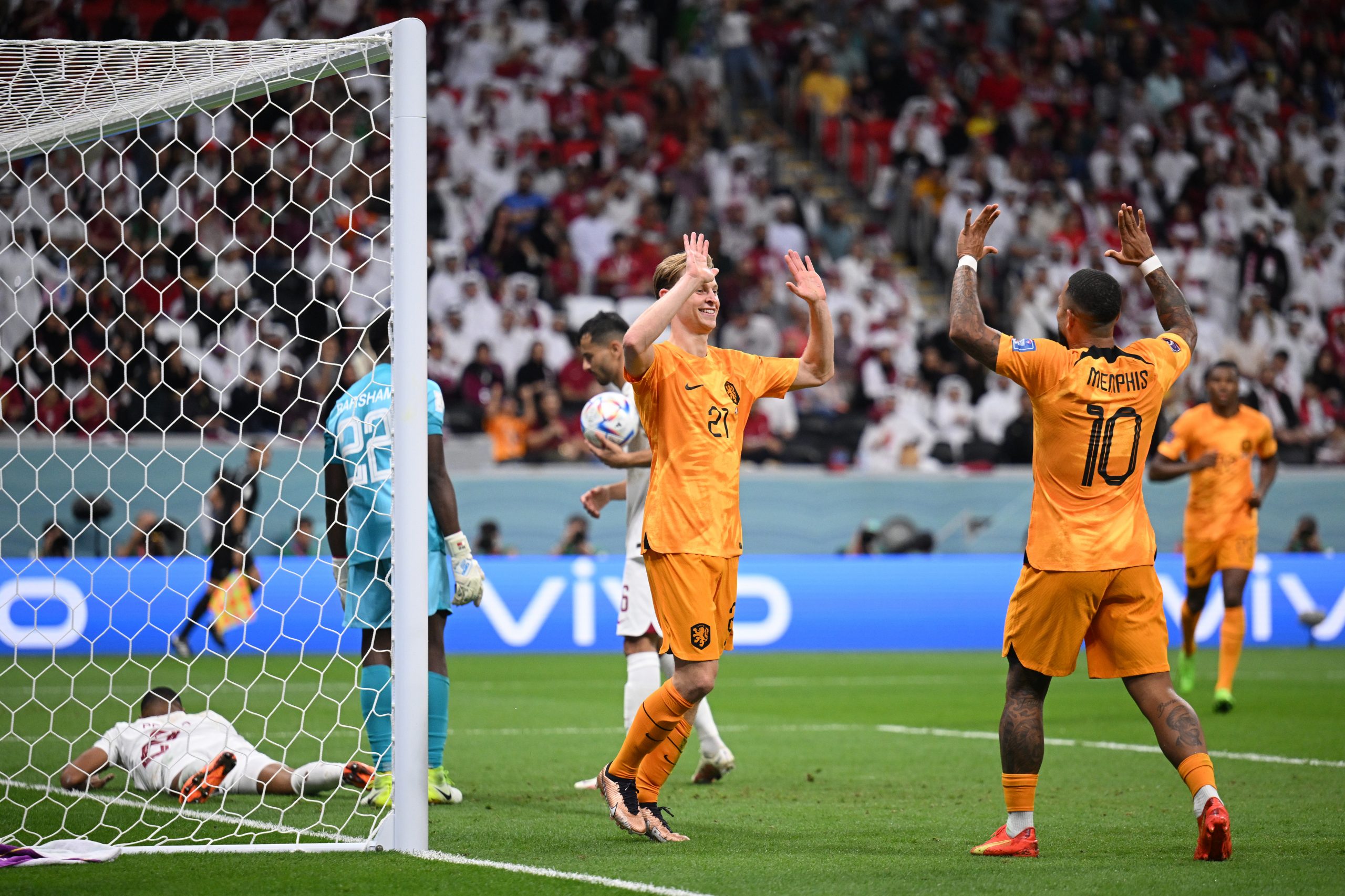 Netherlands have all but confirmed their place in the Round of 16 of the FIFA World Cup 2022, after taking a two-goal lead over hosts Qatar, courtesy of a strike from Barcelona midfielder Frenkie de Jong.

The Oranje were 1-0 ahead in the first half thanks to Cody Gakpo’s third goal at the World Cup. And five minutes into the second period, Louis van Gaal’s men doubled their advantage through de Jong.

The Barcelona midfielder was the quickest to react for a rebound after his club and international teammate Memphis Depay had a powerful shot saved by the Qatar goalkeeper.

Pouncing on the rebound, de Jong fired the ball into the back of the net from close range to make it 2-0 and take the Netherlands one step closer to the knockout stages of the World Cup.

De Jong has been one of the Dutch side’s best players at the World Cup and this goal continues to add to his solid start to the tournament in Qatar.