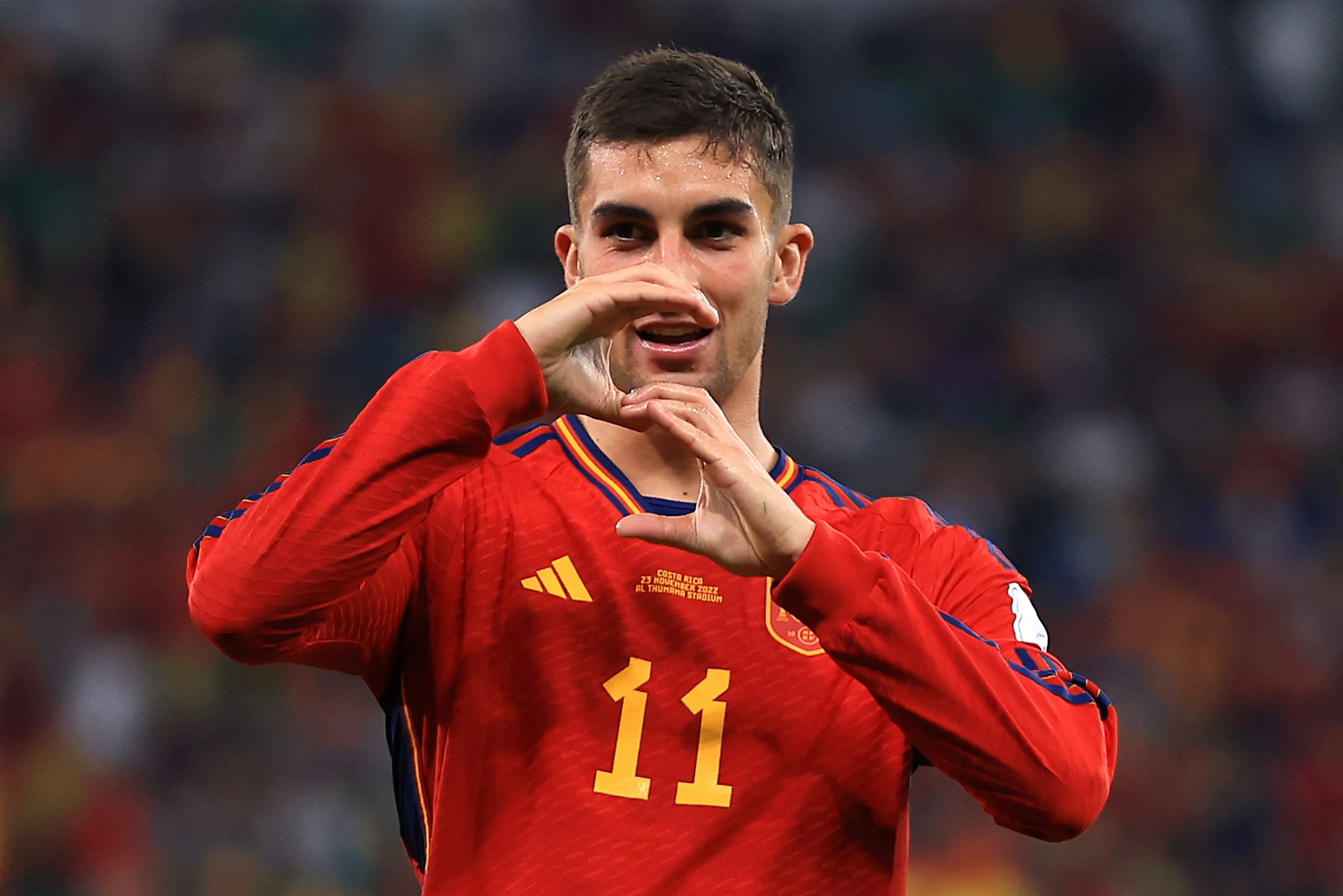 Having utterly dominated the first period, La Roja went into the break with a 3-0 lead, courtesy of goals from Dani Olmo, Marco Asensio and Ferran Torres.

A little over ten minutes into the second half, Spain added a fourth one, with Torres once again finding the back of the net.

Having been found by Gavi on the edge of the box, the Barcelona forward ran towards the goal and even though he was briefly stopped by an opponent, Torres showed good composure to recover and fire the ball past a hapless Keylor Navas to make it 4-0.

It was the 22-year-old’s 15th goal for Spain as he continues his excellent scoring record at the international level.

With the game in the bag, Torres was soon taken off by manager Luis Enrique, protecting the Barcelona ace for the next clash against heavyweights Germany at the weekend.

As many as five Barcelona players started for Spain against Costa Rica today.

At the time of writing, four of those players – Torres, Pedri, Sergio Busquets and Jordi Alba were replaced by Enrique soon after his team’s fourth goal.