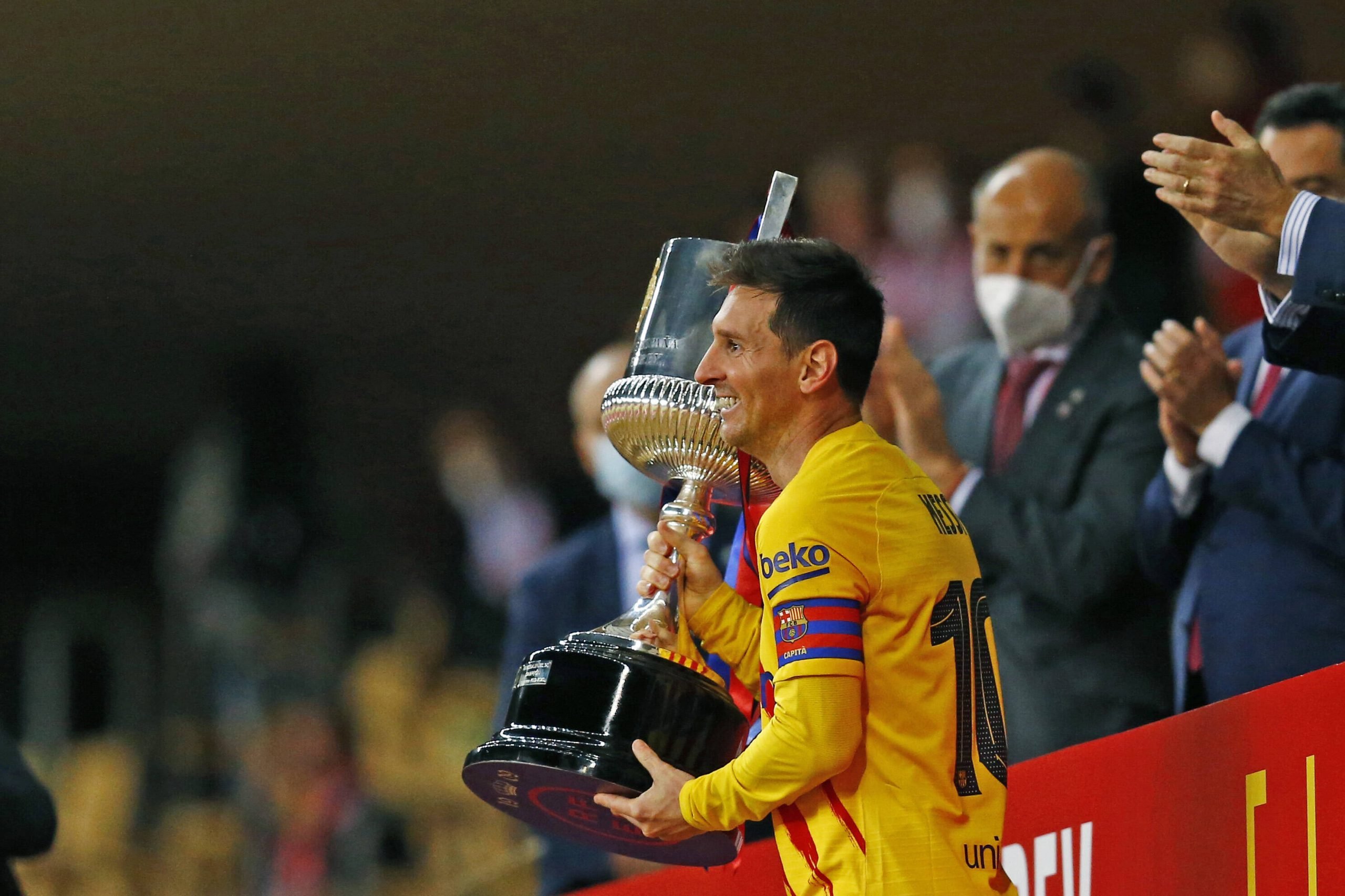 Barcelona is a city of joy right now, and how could it not be after that incredible performance against Athletic Bilbao in the Copa del Rey final. The Catalan giants showed Bilbao no mercy as they hit four unanswered goals past them in the second half to seal their 31st cup trophy — a record that keeps on extending.

The scoring was opened by Antoine Griezmann, who has been in incredible form throughout the tournament. Frenkie de Jong helped double it, after which Lionel Messi took matters into his own hands and scored two.

Dawning the captain’s armband, Messi went up to the stands to collect the trophy and brought it to the team on the pitch. During the celebrations, the young guns in the team — and Miralem Pjanic —, who grew up watching the Argentine took turns to take photos with Messi and the Copa del Rey trophy, while Messi stood there for a good 40+ seconds, not breaking his smile once.

There is a good chance that the likes of Pedri have not even watched Messi throughout his career, but are getting the chance to play with their idol. What is even more impressive is how Messi connects with everyone in the team on and off the pitch.

Further proof of the same is an Instagram story put up by Ronald Araujo with Messi. He writes, in the caption, “Sorry, my love (tagging his girlfriend), but this is the best selfie.”