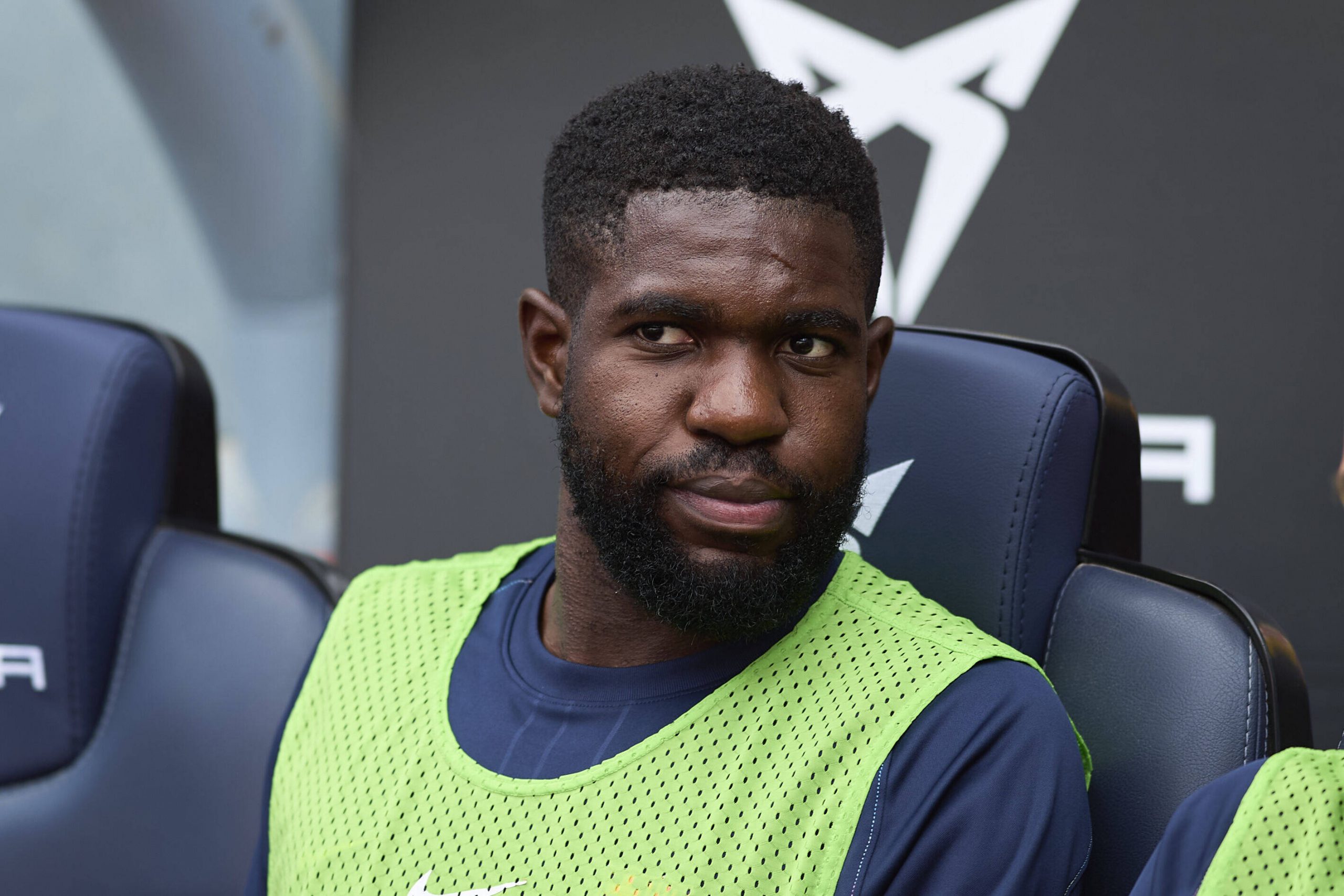 Samuel Umtiti has not had man good memories of the past two seasons at Barcelona. From his career-high point in the 2018 World Cup, the defender has seen a steep fall.

Ronald Araujo, Oscar Mingueza, Clement Lenglet, and even Eric Garcia moved ahead of the centre-back in the pecking order. Towards the end of last season, Umtiti was the fifth choice in the preference order in defence.

The Frenchman seemed set to depart Barcelona in the recently closed window, especially given the club’s grave financial situation. Despite being linked to various clubs, no agreement was reached owing to high wages and poor fitness records.

Now, however, RAC1 report that the central defender will stay in Barcelona and is considered an ‘important part’ of the project. They further add that he is currently negotiating a wage cut with the board.

Earlier this month, Umtiti reportedly met with Joan Laporta and Mateu Alemany to discuss his future. There he mentioned his newfound fitness and reassured the president that he had overcome his injury woes. Moreover, he communicated his desire to stay at the club and contribute.

Ronald Koeman has come out on multiple occasions to state that Umtiti is not a part of his plans. However, with the board now deciding that the French defender is a vital part of the project, it remains to be seen how he is re-integrated into the dynamics.

Nevertheless, the World Cup winner faces stiff competition to find a starting spot in the lineup. In Eric Garcia, Gerard Pique, Clement Lenglet and Ronald Araujo, the Catalans have a solid bench. It will take a gargantuan effort for Umtiti to regain his spot.