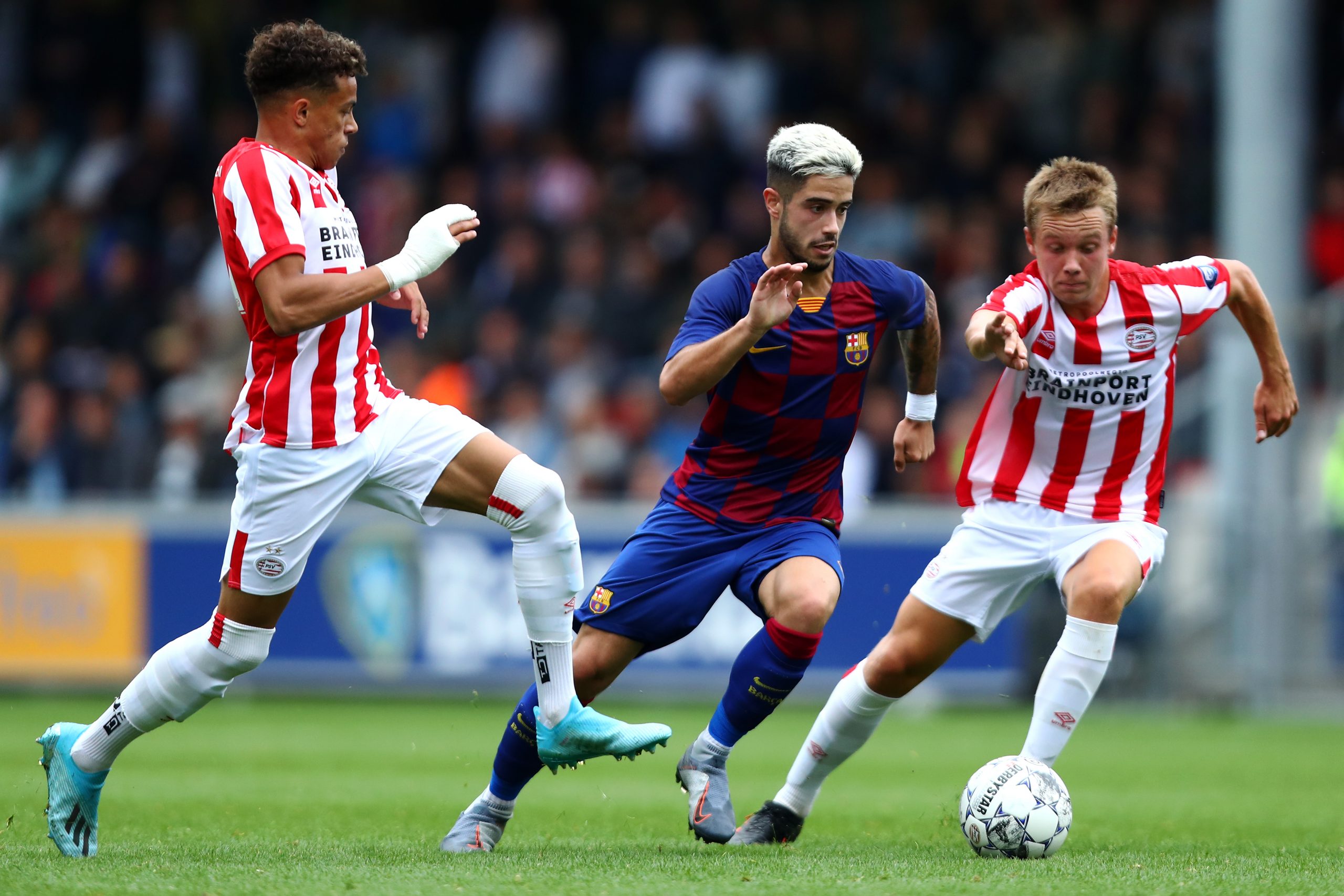 Following the sacking of Ronald Koeman as the manager of Barcelona, the club named Sergi Barjuan as the caretaker boss until a full-time replacement was brought in.

The 49-year-old was appointed as the manager of Barca’s B team in the summer and with him now taking charge of the senior side, it has opened the doors for a couple of youngsters to get a shot at first-team football.

Indeed, as reported by SPORT, Barjuan has called up two Barcelona B prospects, Abde Ezzalzouli and Alvaro Sanz to participate in the first-team training on Friday ahead of the weekend clash against Deportivo Alaves.

The report further goes on to add that the pair is very much in contention to make the squad list for the La Liga encounter that will take place on Saturday at Camp Nou.

Abde is a 19-year-old winger who joined Barca’s B team setup only this summer from Hercules CF. The teenager has featured six times under Barjaun this season but is yet to score or assist a single goal.

Alvaro Sanz, meanwhile, is a defensive midfielder. A product of La Masia through and through, the 20-year-old has made 25 appearances for the B team, nine of which have come in the ongoing campaign.

The duo was in line to travel to Linares this morning for the B team’s clash later tonight. However, Barjuan’s decision to call them up at the last moment has changed things for Albert Capellas & co. who have in turn drafted in Illias Akhomach for the trip.

As for Abde and Sanz, the pair come into the first-team setup for the Alaves clash as direct replacements for Ansu Fati and Sergi Roberto, both of whom are currently recovering from injuries.

While it remains to be seen if they get a chance to make their senior debut, the chance of training with the first-team squad would be an exciting experience in itself for the youngsters.