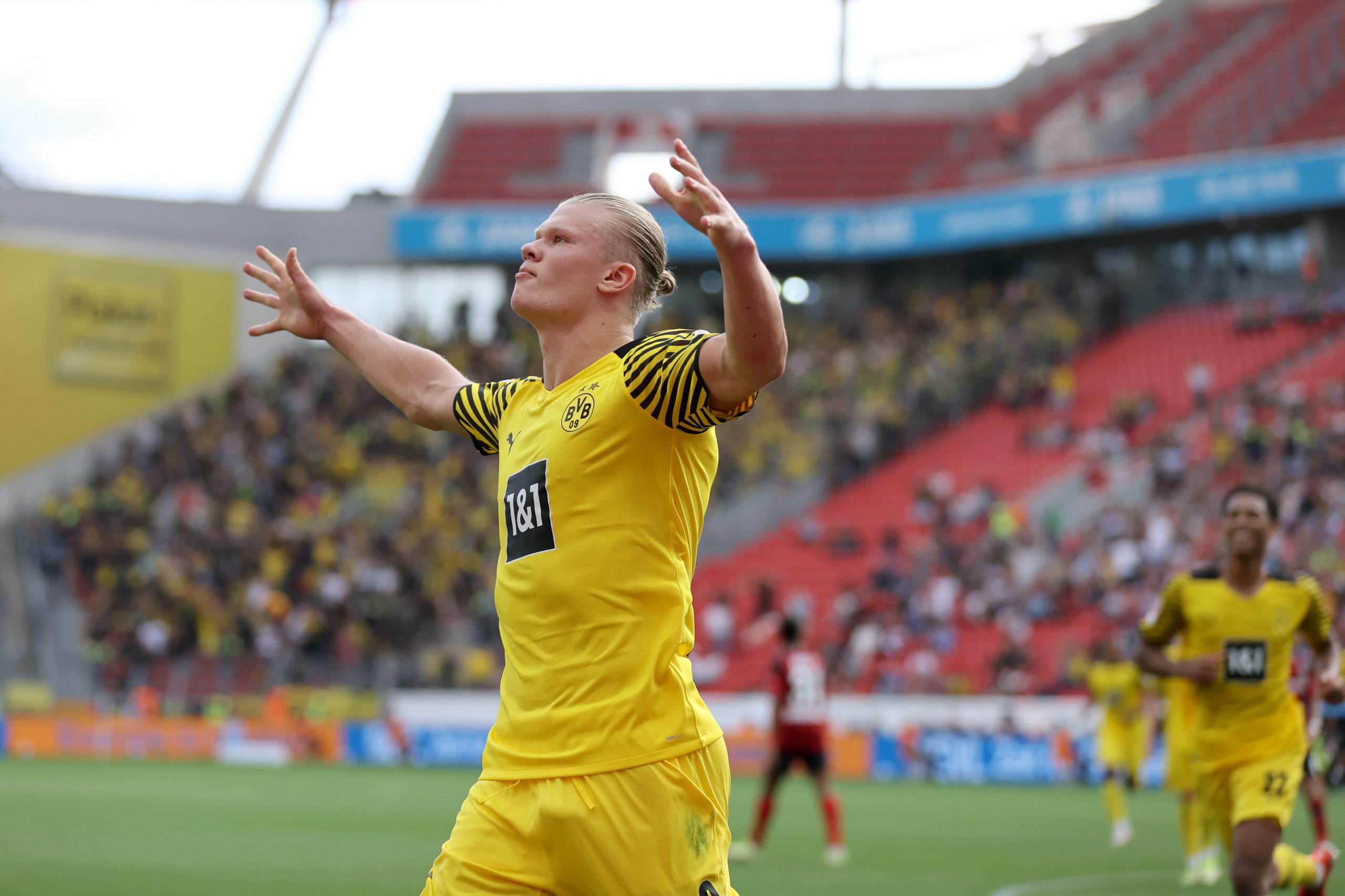 There seems to be a general consensus amongst the football community that Erling Haaland will leave Borrusia Dortmund at the end of the season.

The Norweigan striker has been nothing short of otherworldly for the German side, however, did not leave in the last transfer window despite interest from Europe’s elite. He has been flawless in front of the goal, scoring 41 goals in 41 games and assisting 12 more in 2020/21.

His current season is nothing different from last year, in which the 21-year-old is involved in 15 goals in just 8 games. Many believe that it is time for Haaland to take a step forward in his career, and the list of clubs interested in his signing is endless including the likes of Bayern Munich, Liverpool, Manchester City, and Manchester United.

In Spain, Barcelona and Real Madrid are both lining to acquire Haaland’s services. The youngster’s contract with Dortmund ends in the coming window, triggering his release clause of about €70 million.

However, according to the reliable Christian Falk of Bild, the German side have come up with a new approach to keep the youngster at the club and throw the contenders off.

Dortmund are looking to double Haaland’s salary in their new contract proposal. This will see his annual wage increase from €8 million to €15 million.

It remains to be seen how the youngster will react to the new proposal. The hike in salary could change his mind, but his future at the German side still looks to be a very slim possibility.

Nevertheless, a move away from Dortmund to Europe’s elites would see Haaland receive a massive bump in pay anyway.