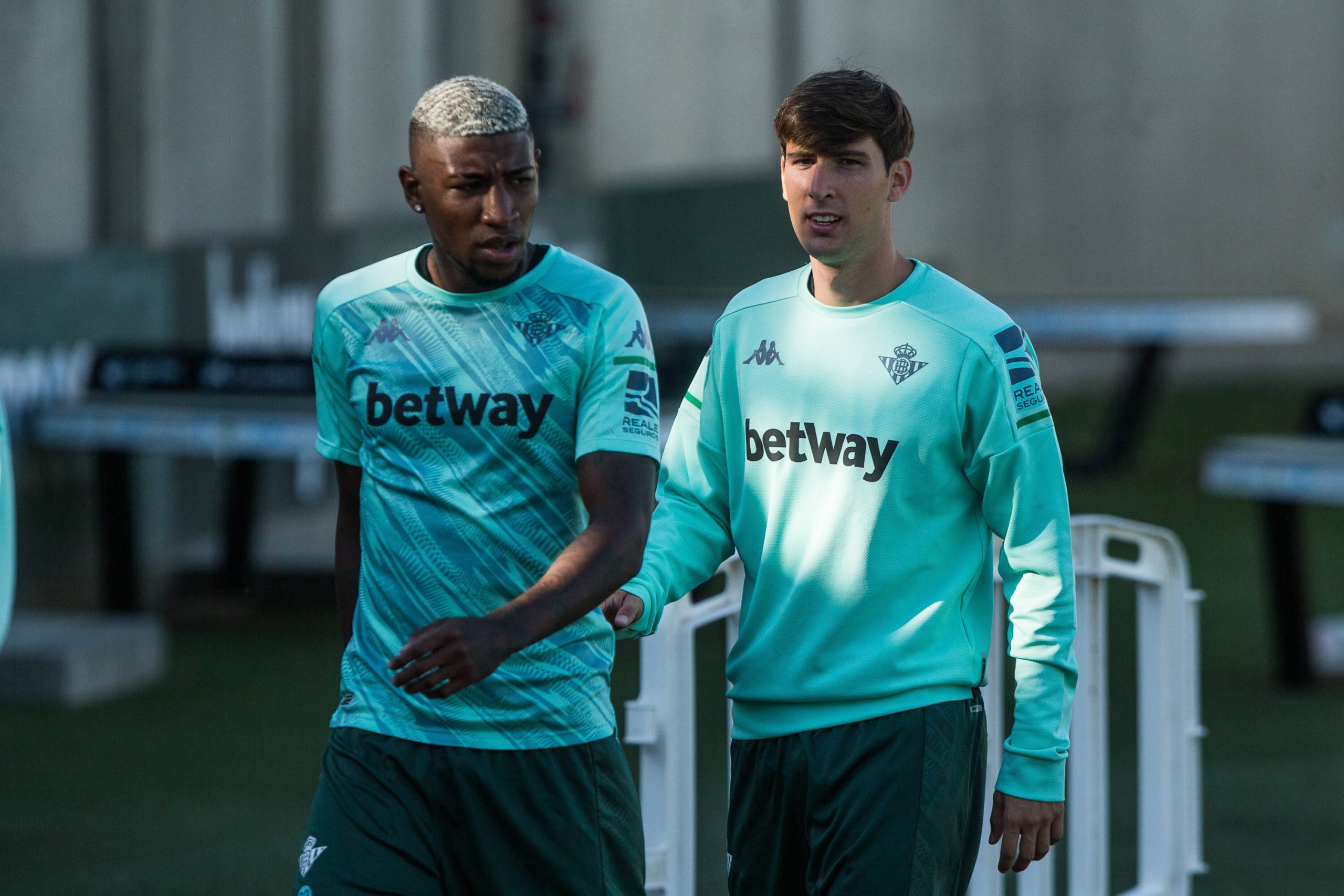 Both positions have staunch competition, with recent signing Sergiño Dest showing signs of great promise at right-back and Jordi Alba finding terrific form as a more advanced left-back with youngster Alejandro Baldé looking to be promoted into the first team.

According to TV3, the Catalans plan on renewing Miranda’s contract by two years via a unilateral agreement clause in the contract.

The 21-year-old has enjoyed a fine season at Betis following a relatively underwhelming loan spell at Bundesliga side Schalke 04, playing 21 games for the Andalusians with two goals and an assist.

Allegedly, the Catalans wish to keep the right-back on loan at Betis for another season, and his future will be decided thereafter.

In an interview with El Desmarque, Miranda spoke about his future: “I am not thinking about it right now. There will be talks with Barcelona but at the end of the season. Right now, I only want to qualify for European football with Betis. Everything will be discussed once the season ends.”

While Barcelona views the Spanish defender as a potential backup to in-form Jordi Alba, the 21-year-old voiced the importance of game time:

“It’s true. I’m young and I need playing time. We will wait to play these last games, qualify for Europe, which is good for me and the club. At the end of the season, the best decision will be made for me, Barcelona, and Real Betis.”

La Blaugrana were apparently in the market for a left-back this season, reportedly showing interest in Valencia defender José Gayá. Additionally, they have huge promise in 17-year-old Alejandro Baldé, who Ronald Koeman was willing to give a chance to over the Valencian left-back.

Recently, there has been a considerable amount of speculation over the future of Emerson Royal, Betis’ right-back on loan from Barcelona.

The Brazilian has enjoyed an incredible season with the Andalusians, registering 1 goal and 4 assists so far, and contributing significantly to their best league run since the 2017-18 campaign.

That said, the right-back spot in the Catalan squad appeared locked, with Sergiño Dest looking like Barcelona’s long-term right-back having found good form after being signed this season.

However, with recent reports suggesting that Barcelona and right-back Sergi Roberto are not able to agree on the duration of a new contract (with the former party looking for a 1-year extension and the latter demanding 2 more years minimum), Barcelona may be interested in keeping Emerson.

At least according to Marcelo Bechler, who reports that the Catalans will try to keep the right-back after his loan spell.

In order to acquire the 22-year-old, Barcelona would have to pay 9 million Euros to Betis. Bechler goes on to suggest that the Catalans would only be open to an exit if they receive a large transfer fee, considering a sell-on clause in the Brazilian’s contract that gives 50% of the transfer revenue to Betis.

The current financial environment in football deems a large offer unlikely, despite alleged interest from the English side Tottenham ahead of the summer transfer window.

Emerson emphasised his focus on Betis’ current season, similar to Juan Miranda. It would appear that his future will be decided through Koeman’s decision as to whether he can integrate the right-back into his plans next season. This decision would, of course, have to be made with haste, considering Barcelona run the risk of losing the right-back for free if no agreement is met by June.